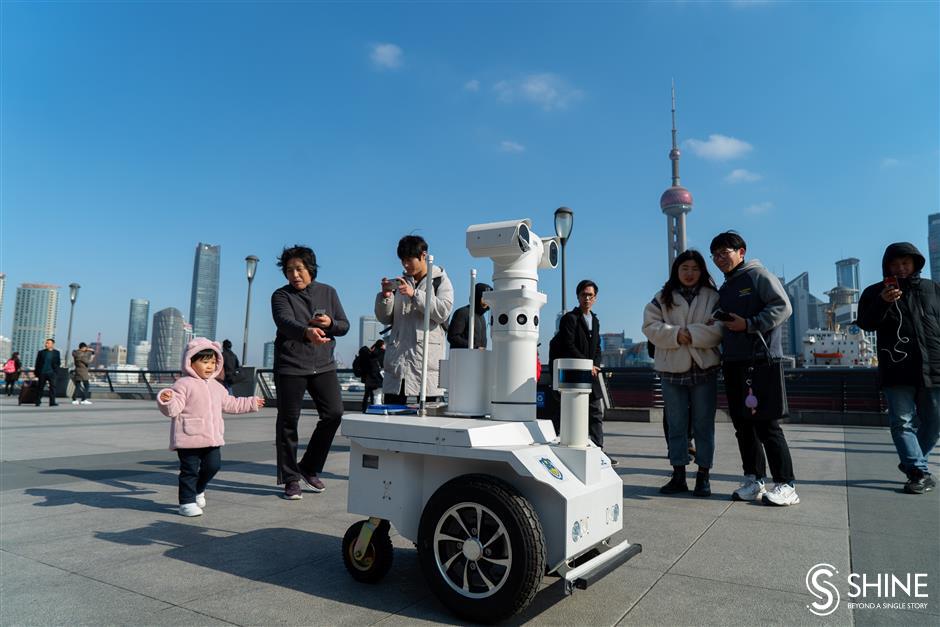 A police robot is patrolling the Nanjing Road Pedestrian Mall and the Bund in Huangpu District on New Year’s Eve.

Apart from surveillance, the robot can also broadcast safety tips to pedestrians.

The robot can extend to 1.8 meters at its tallest. With one charge, it can patrol for a consecutive 24 hours.

The mobile robot can also patrol the area's side streets so as to make up for a lack of street surveillance cameras in certain spots, police said.

In the future, police said that people can communicate with them in their offices via the robot thanks to the use of 5G mobile network technology.

The robot was first put on patrol at the Nanjing Road Pedestrian Mall four months ago.