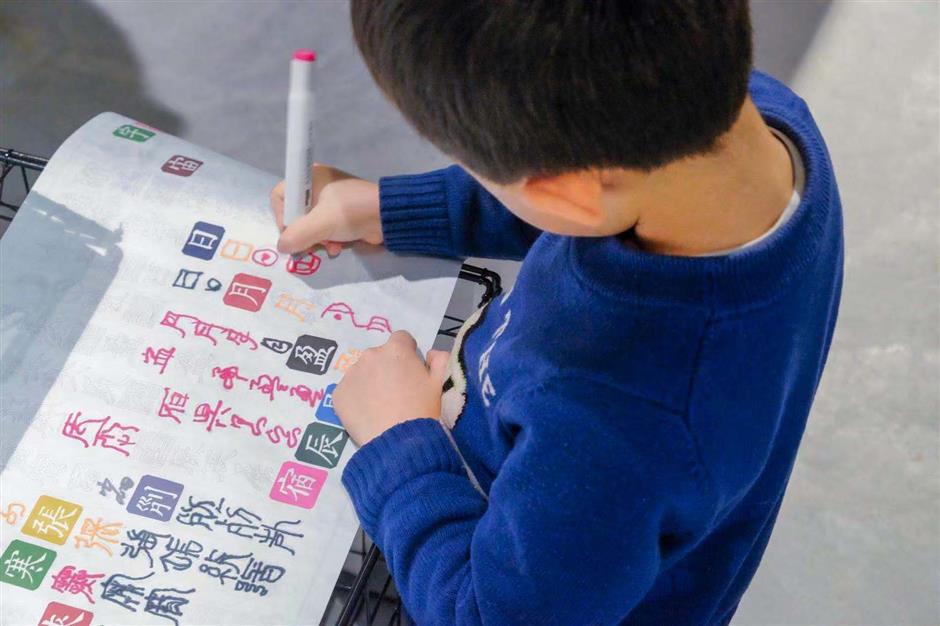 A child writes on a painting book made with Tyvek, a super-resistant synthetic fiber on the 11th Shine Shanghai Concept Design Show.

Tyvek, a super-resistant synthetic fiber, which has been made many new products aimed at children, took center stage at a design show over the weekend.

The high-density polyethylene fiber discovered by the DuPont company in 1955 is difficult to tear, but can easily be cut with scissors or a knife. Water vapor can pass through it, but liquid water cannot.

Over 20 designers have products made from the eco-friendly material at the 11th Shine Shanghai Concept Design Show at TX Huaihai Youth Energy Center in downtown Huangpu District.

Liu Chuankai, vice president of a startup, designed kid's belts with the material. Due to Tyvek’s light weight, toughness and non-allergic properties, the belt is suitable for kids who have sensitive skin, said Liu. Children can choose multiple strips in different colors and make their own fashionable accessory.

The designer also made an escape rope with the material which is expected to be used in schools.

Another designer Lu Zhiyang made a series of cockroach-shape pillows named "Mr Qiang" to show the toughness of Tyvek.

The material was also made into lightweight table lamps, rain shoes and and umbrellas for children.

The annual Shine show focuses on a particular materials and invites young designers to create products. About 40 designers have presented their designs using materials such as pottery, crystal and stainless steel. Some 50 exhibitions have been held in 20 cities and regions across China. 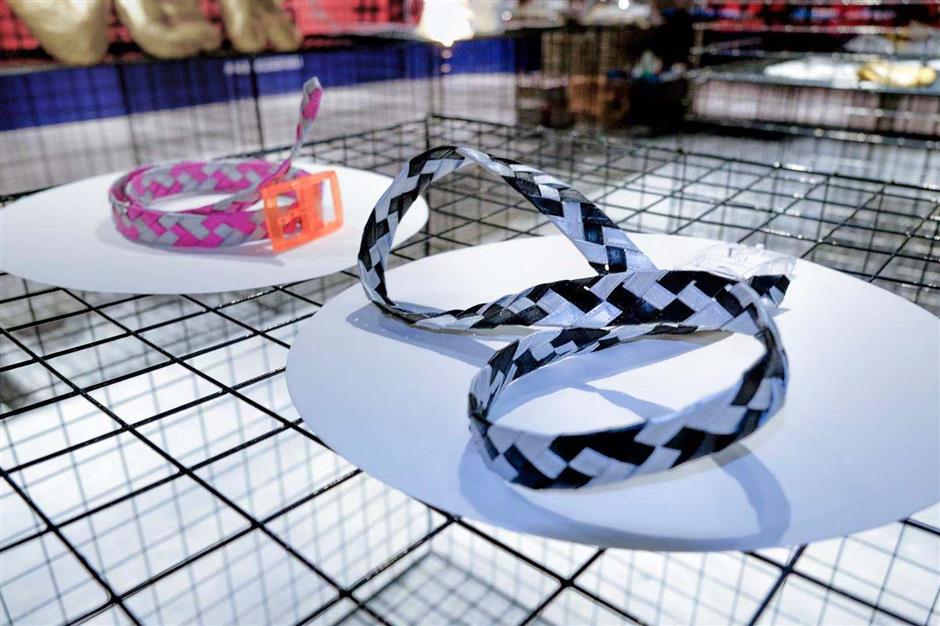 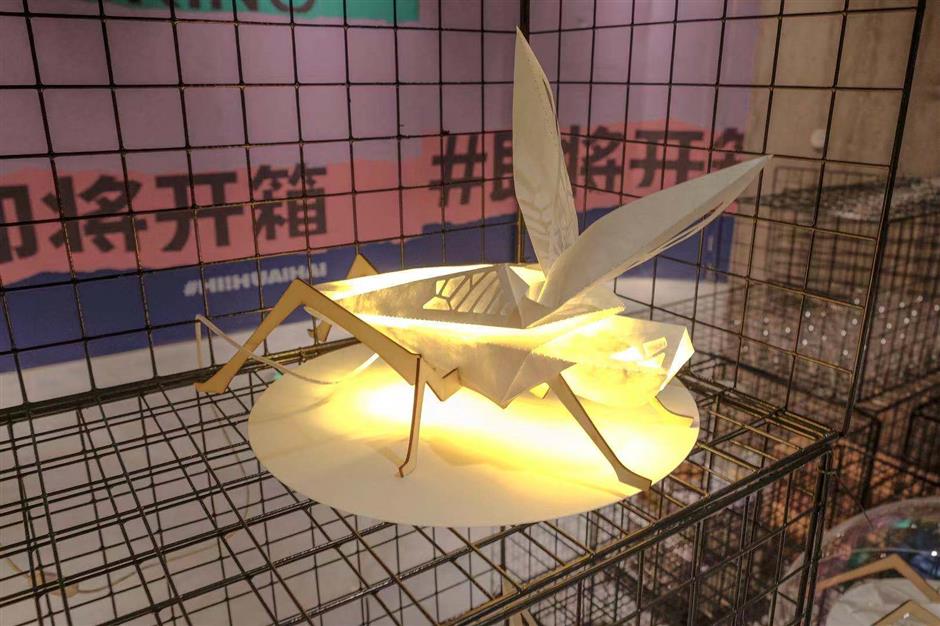 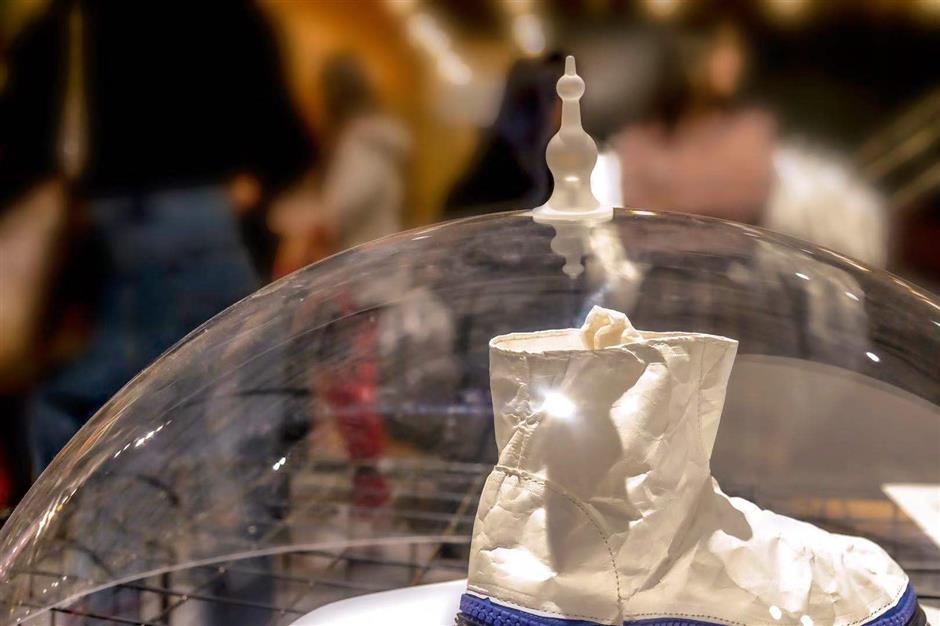 A rain shoe made with Tyvek