All aboard! First extra train pulls out of Shanghai 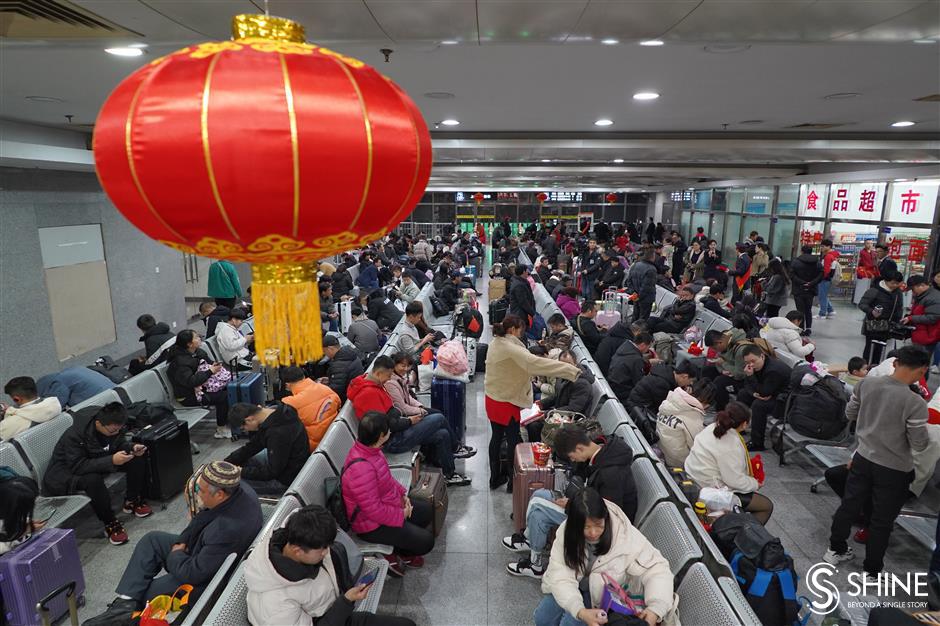 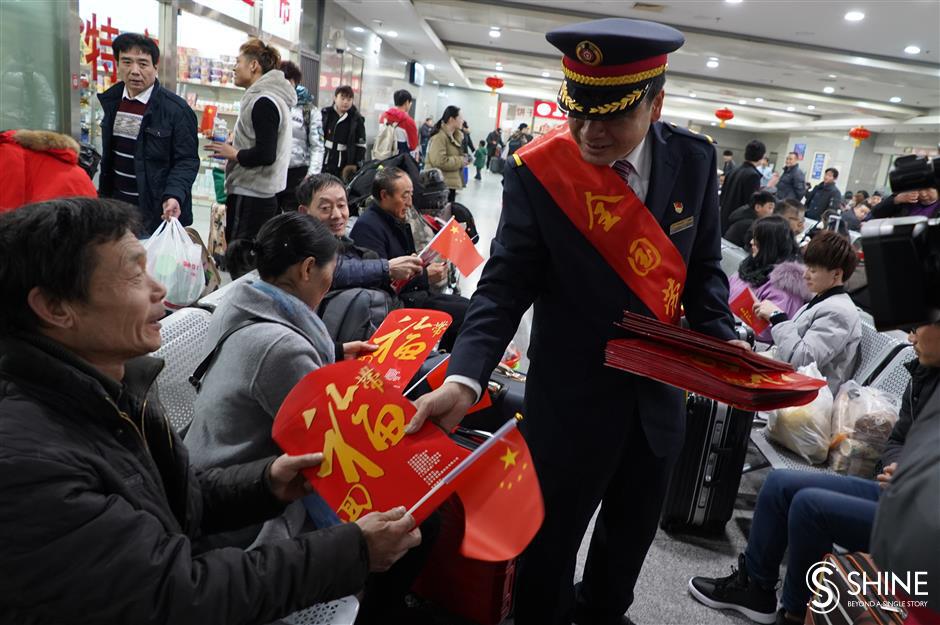 A train departed from Shanghai Railway Station in Jing'an District on Wednesday, carrying over 600 passengers on homeward-bound trips for the Spring Festival.

The train stops at 28 stations, including Nanjing, Zhengzhou, Xi'an and Lanzhou, before reaching its terminal in Urumqi, the Xinjiang Uygur Autonomous Region.

The Spring Festival holiday, a traditional time for family reunions, runs from January 24 to 30, although the holiday travel rush, known as chunyun, lasts about 40 days starting from Friday.

Wednesday's train was the first additional one this year to cope with the huge Spring Festival traffic.

To cope with the increased demand, rail authorities have arranged 159 extra trains for holiday service. 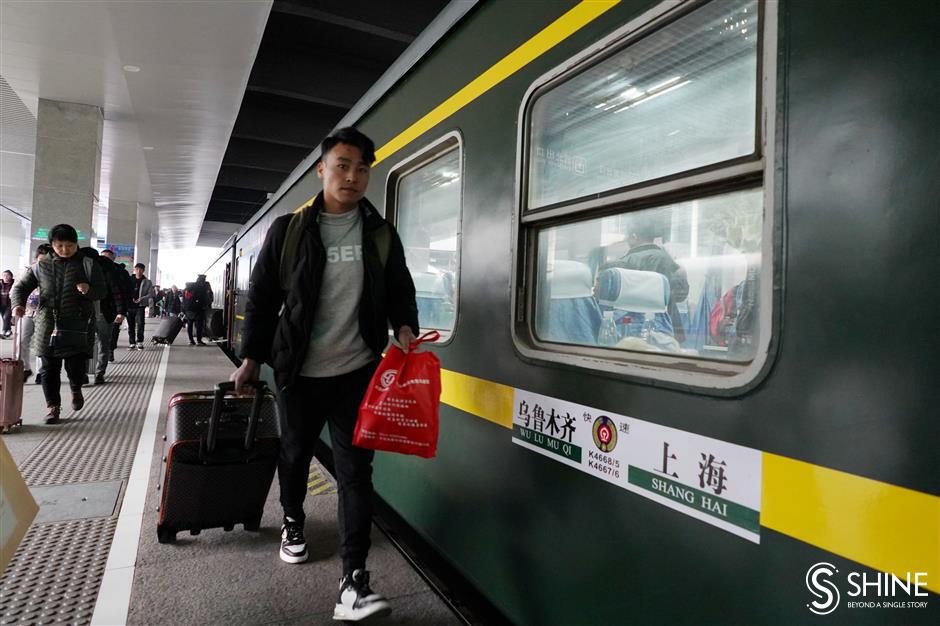 A passenger is ready to board a train bound for Urumqi at Shanghai Railway Station.

"I will arrive home almost half a month earlier than last year's Spring Festival, which makes me very happy," said Zhao Zhengwei, a migrant who works in sewage treatment in Shanghai.

"The whole trip will take about 20 hours, but it's bearable," said Zhao, whose destination is Changchun, in northeast China's Jilin Province.

It also seems to be a happy start for migrant worker Meng Jianzhong, who has been in Shanghai for three years, working in power engineering.

"I tried grabbing a ticket for several days but failed. I was lucky to get a ticket online for an extra train on Monday morning," said the native of Henan Province.

He will get off at Sanmenxia City, following a trip that will take more than 20 hours.

"I am excited to be back and eat minced pork noodles made by my mother," said a passenger surnamed Wang from Xi'an, Shaanxi Province. The noodles are a specialty of the province.

Another passenger surnamed Fang, a university student in Shanghai, has prepared a gift of xuehuagao (snowflake cream), for his mother. His home is in Hotan, Xinjiang.

"I cannot wait to have a bite of barbecue in my hometown, as it's difficult to enjoy authentic Xinjiang barbecue in Shanghai," he said. "My parents are waiting for me."

In the waiting room of the railway station, hot water, medicine, newspapers and magazines were all available for passengers. 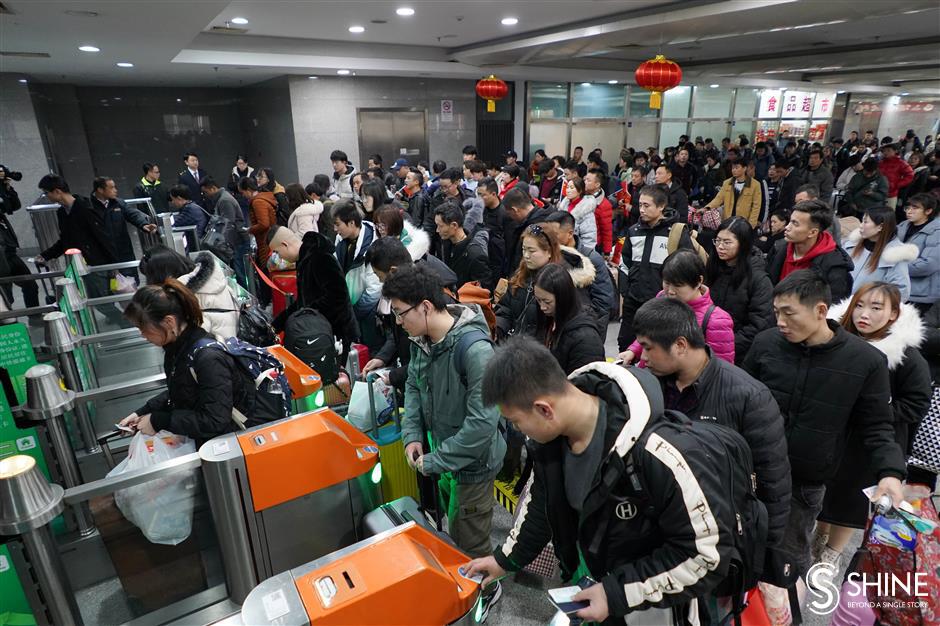 "Extra trains will also be arranged to Sichuan, Chongqing, Guizhou and China's northwest and northeast depending on actual traffic flows," said Huang.

“We have decorated the train and put chuanghua, or paper-cuts in auspicious patterns, on windows to create a festive atmosphere," said Zhang Limin, chief attendant of the train.

"We have also prepared Xinjiang cuisine and local snacks like nuts and raisins to create a warm homey environment," said Zhang.

Zhang, 47 years old, has been working in his position for 20 years.

His home is in Urumqi. He has been back for nianyefan, or Chinese New Year’s Eve dinner, only once over the past two decades.

"I'm used to it. Ensuring that passengers return home safely is my wish and responsibility," he said. "I am happy that our train will take them to family reunions."

Other service upgrades including shuttle buses, 24-hour ticketing, express delivery and fast channels are available at railway stations in Shanghai. 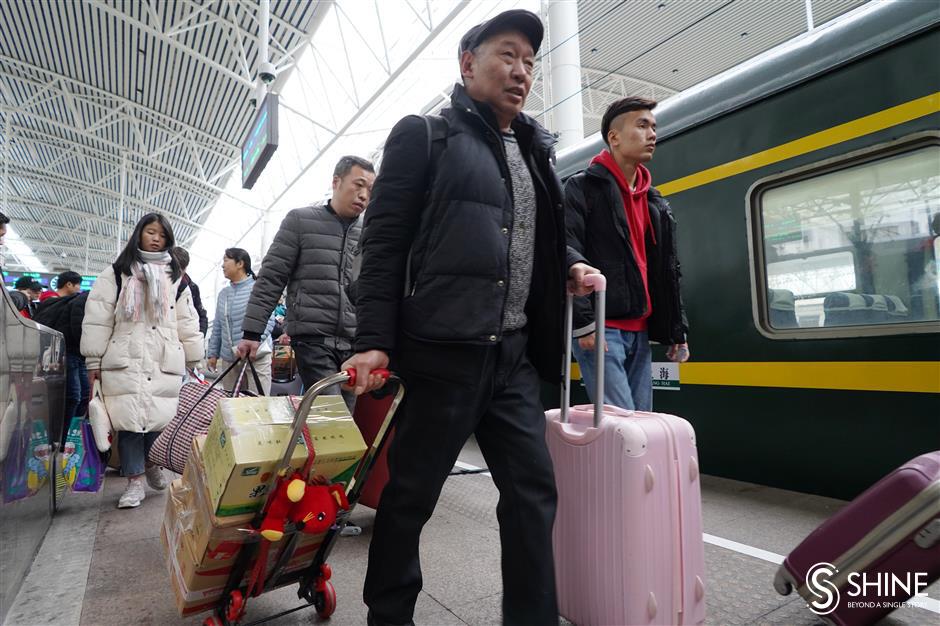