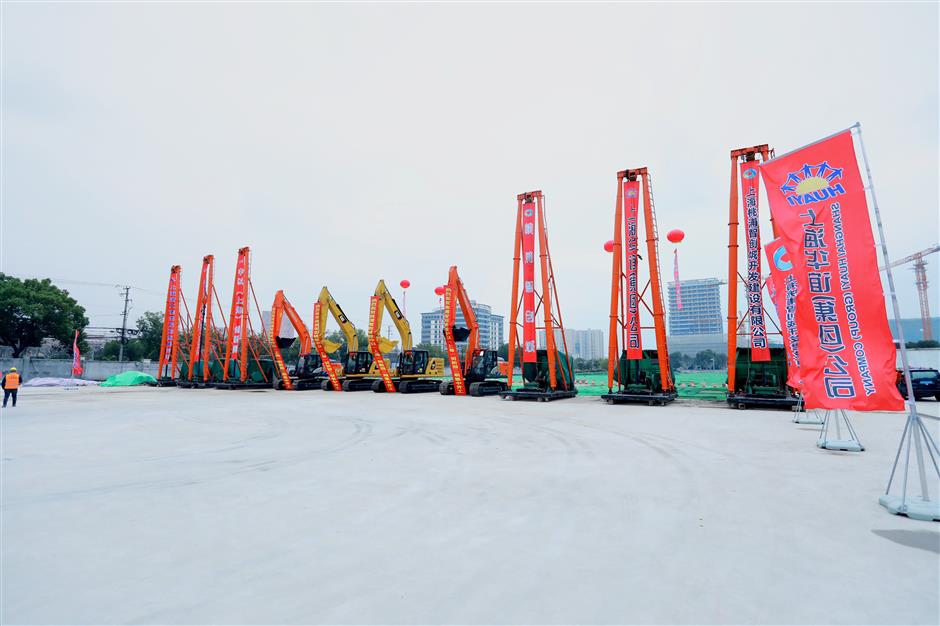 Bulldozers line up ready to start work on Wednesday on two key projects at the China-Israel Innovation Hub in Putuo District.

Construction began on Wednesday on two key projects at the China-Israel Innovation Hub at Taopu Smart City in Putuo District, once home to the city’s prosperous but polluting chemical industries.

The two projects also mark the beginning of the second-phase expansion for the innovation hub, which opened its initial phase in December and aims to boost scientific cooperation between China and Israel.

Office buildings and R&D centers covering about 420,000 square meters will be built on the former site of the Shanghai No. 8 dye chemical factory. Square-shaped buildings will compose a “pixel city” with a park in the middle.

Jointly developed by the state-owned Huayi Group, owner of the chemical factory, and Lingang Group, the project covering an area of 62,000 square meters aims to attract R&D centers and headquarters of multinational enterprises.

The other project, with a total construction area of 125,000 square meters, will stand out amidst the preserved buildings of the Shanghai Hero Pen Factory, a brand dating back to the 1930s.

The pen factory features industrial building styles from the 1950s and 1990s. The gold fountain pens manufactured there were once presented as gifts to foreign leaders.

The first batch of 20 companies and institutions, 10 of them from Israel, have been based at the renovated factory buildings on the site. They include leading Israeli incubators such as life science incubator Ehealth and Trendlines, which focuses on medical and agri-food tech. 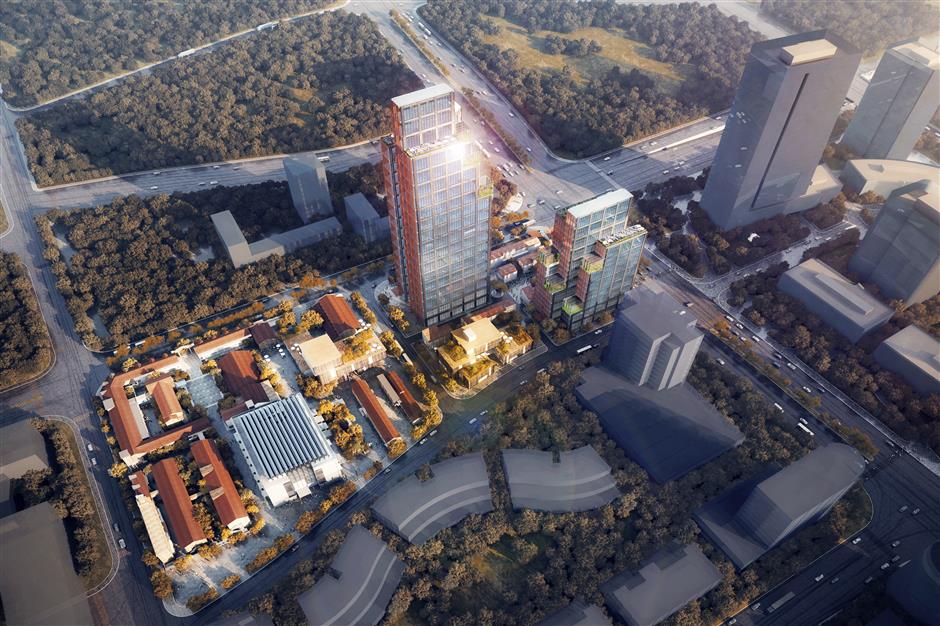 An artist's rendition of how the project on the former site of the Shanghai Hero Pen Factory will look.

The China-Israel Innovation Hub and Taopu Smart City will become the frontline to serve the city’s development blueprint and the national strategy, Cao Liqiang, Putuo's Party secretary, told a ceremony launching the construction of both projects.

Led by the two initial projects, construction will be in full swing for the innovation hub and the smart city in 2020, Cao said.

According to the blueprint, modern office buildings within Taopu Smart City will replace the former factories to create a beautiful skyline in the northwest downtown.

It is expected to be on par with the Zhangjiang Science City in Pudong as a key hub in the western downtown area for the development of Shanghai as a technology and innovation center.

Surrounding Taopu were  Shangai's first chemical industrial parks. Set up in 1954, the development of industrial enterprises was at its peak in the 1980s.

However, rapid industrial development also resulted in pollution. To restore the area’s environment, the city has relocated most of the factories and is converting the industrial land into a 500,000-square-meter park, the largest in the downtown area.

Construction is also under way on an integrated pipeline system, a high-tech commercial and business park as well as a US international school.

The smart city project is expected to help Taopu, which literally means “peach river,” return to its original environment. It was once an agricultural village with a small creek and peach trees on both sides, according to the district government. 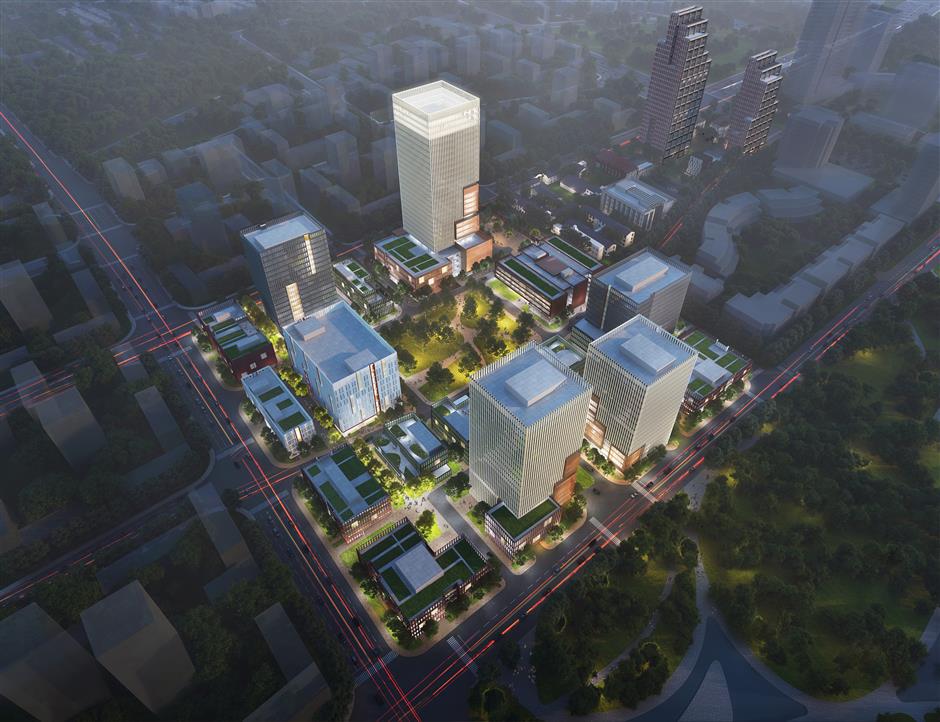 An artist's rendition on the "pixel city" project.