Local medical experts have found that a component in a common Chinese herb has effects in preventing the relapse of a pre-colorectal cancer condition, Renji Hospital announced on Thursday.

Berberine hydrochloride, from the herb berberine, was found to have the effects. The discovery was published by Lancet Gastroenterology & Hepatology.

Current medicines to control colorectal adenoma are either expensive or produce too many side effects, say experts.

Dr Fang Jingyuan from Renji Hospital teamed up with experts from six medical centers in China to carry out the research, which found that berberine hydrochloride can effectively reduce the risk of relapse of colorectal adenoma. The substance is also safe for medical use, which offers a new option for chemical prevention after adenoma removal. 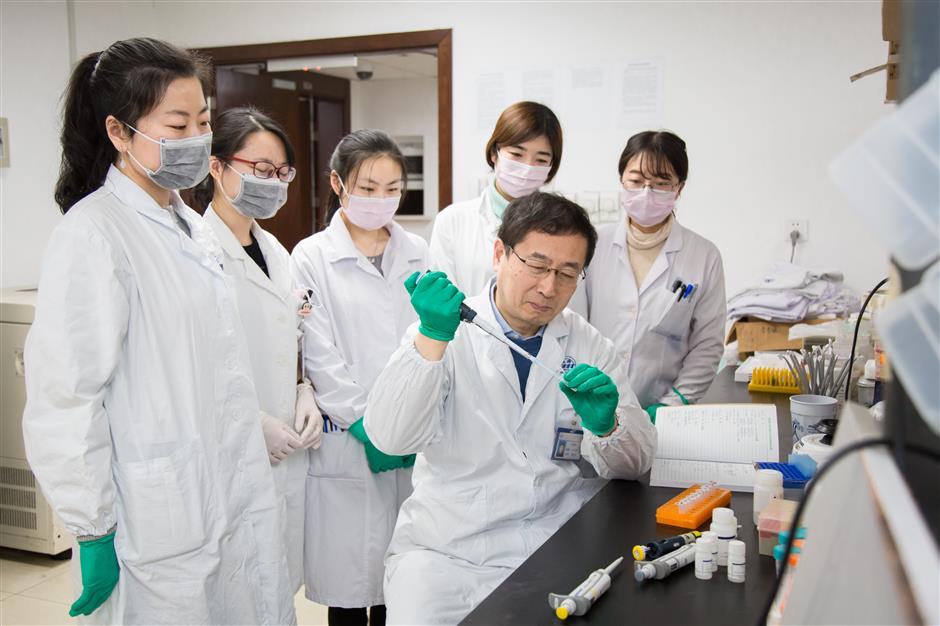 Dr Fang Jingyuan (center) instructs his students in the lab.