China and Kiribati resumed diplomatic relations in September 2019 on the basis of the one-China policy, which is in line with the interests of both nations, Li said.

“We are willing to promote cooperation in the areas of culture, tourism, agriculture and fishing industries under the framework reached by the leaders of the two nations and make active contribution to the better development of bilateral relationship.”

President Mamau said that Shanghai is a modern and international metropolis, “and we are very happy to see the cooperation between Shanghai and Kiribati in agriculture and fishing, and we look forward to more exchanges in the areas of tourism, economy and trade in order to make more pragmatic cooperation and development”. 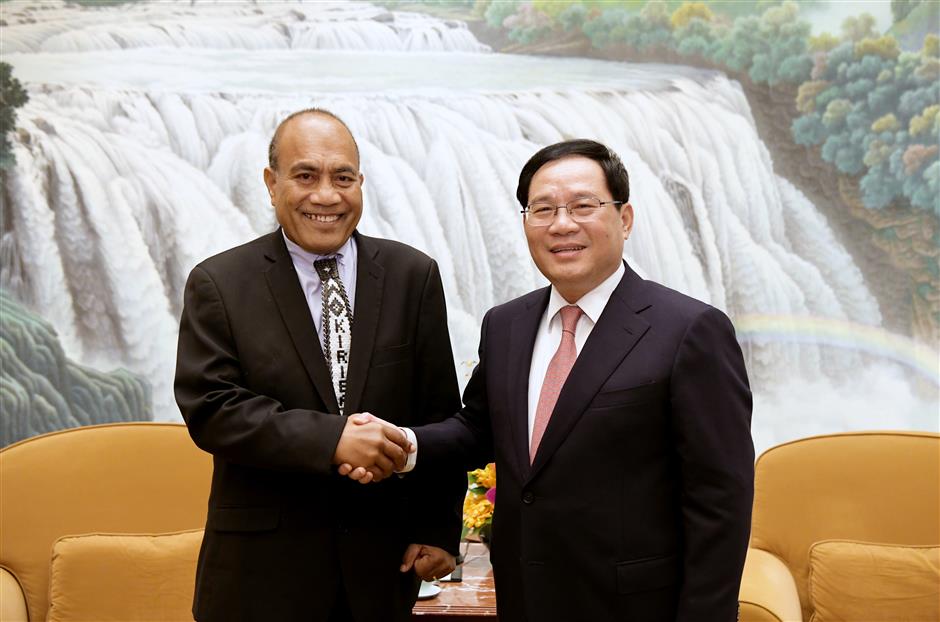