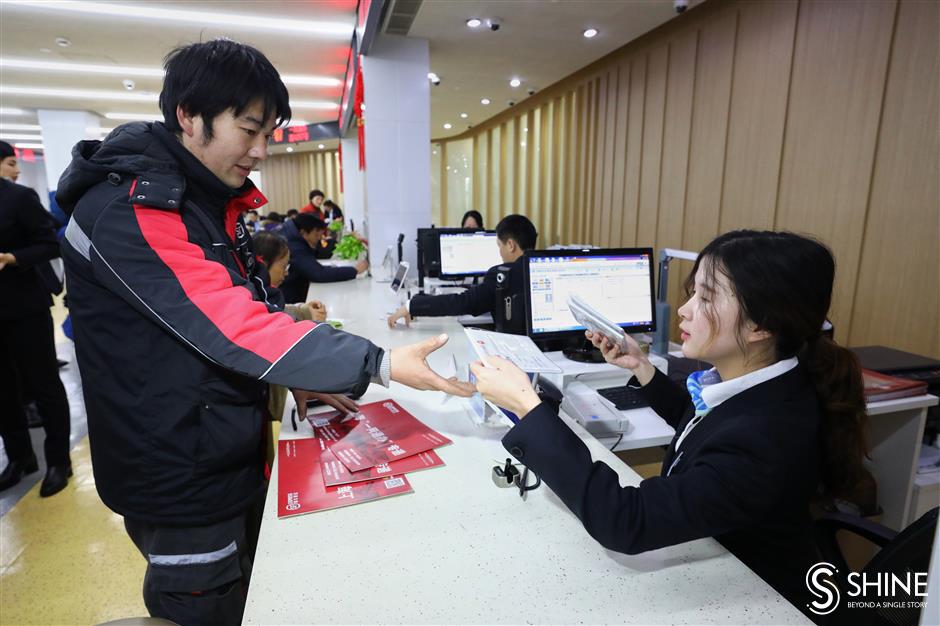 A resident is helped  at the Linfen Road government affairs service center. 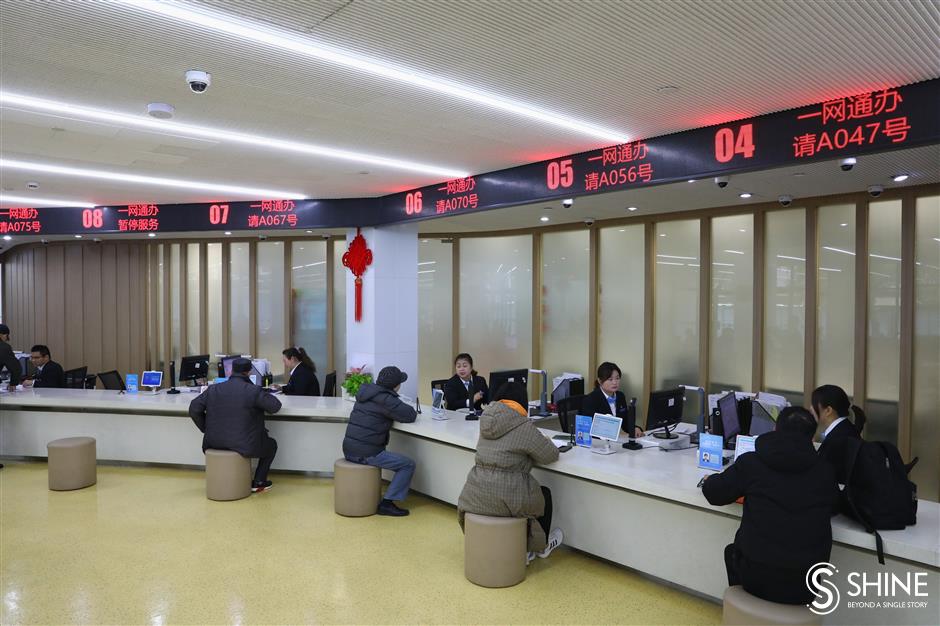 Shanghai's 220 community-based government affairs service centers offer access to 189 service items for individuals with 40 of them able to be processed online, the city's civil affairs authorities announced on Thursday.

The items cover a wide range of affairs involving 12 government authorities such as public security, civil affairs, health and housing.

More than 12.5 million applications a year are handled by the centers.

Applicants don't need to bring documents when visiting the centers once their details, such as residency and marriage certificates, are recorded.

There are also 54 windows at the centers for cross-region government services covering the Yangtze River Delta region.

The bureau was announcing the results of an evaluation of the city's community-based government affairs service centers for the first time.

Forty-eight centers were rated 5A, or excellent.

The average score of the city's 220 centers was 81.4, or good, and centers in Hongkou and Qingpu districts had the highest scores, according to the bureau.

The evaluation looked at 45 categories including facilities and management.

A resident surnamed Cao, a landlord in the subdistrict, and her tenant visited the center on Thursday. The tenant was applying for a residence permit.

It only took them just a few minutes to complete the application.

"In the past, I needed to visit the district's real estate transaction center as well, which took me half a day because transport is not convenient and there were always long queues," said Cao.

"The center at our doorstep offers very convenient access," she said.