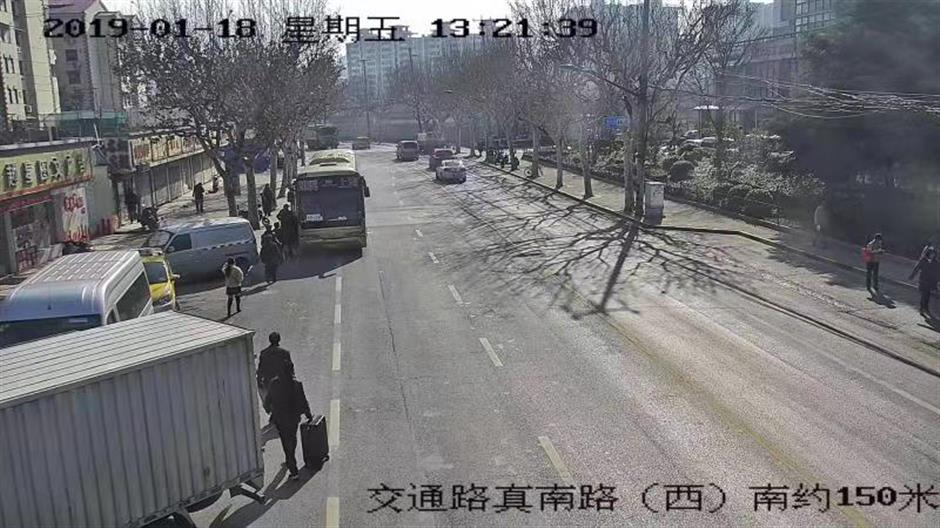 A tourist bus picking up passengers outside a terminal is caught on camera during last year's campaign against the practice.

Tourist buses which pick up passengers outside bus terminals have been warned they could be fined.

Shanghai’s transport commission said on Thursday that the practice is considered a public safety risk as these passengers are not subject to security checks before boarding.

Last year, traffic law enforcement officers started to team up with traffic police to use street surveillance cameras to record evidence of the practice to later punish the drivers and their companies.

That led to106 drivers being punished last year, almost equal to the number from the previous two years, according to law enforcers.

Last year’s campaign focused on Jiaotong Road in Putuo District, the location of Shanghai’s largest tourist bus terminal. This year it will spread to more areas in the city.