The inaugural CPIC Yangtze River Delta Half Marathon will be held in Shanghai's Qingpu District on February 23, organizers announced on Thursday.

As a new member of the “Shang-ma Series,” a running brand owned by Shanghai International Marathon organizer Shanghai Donghao Lansheng Event Management Co, the new event will feature 8,000 runners — 5,000 in the 21-kilometer half marathon and 3,000 in the 4.5km mini marathon.

All runners in the Yangtze River Delta region are encouraged to participate. Registration at the organizer’s website (www.shang-ma.com) runs through January 13. Places will be allocated by a draw and the results will be announced on January 16.

The start and finish line of the half marathon will be at Qingpu Sports Culture Center. The route covers the commercial center and a riverside park in the district. The mini marathon will end at Qingpu Museum.

Water and food supply stations will be arranged every five kilometers along the route.

Registration for the half marathon is 150 yuan (US$21.6), and 50 yuan for the mini marathon. The top 200 male and female finishers will be awarded with places in the 2020 Shanghai International Marathon due later in the year. 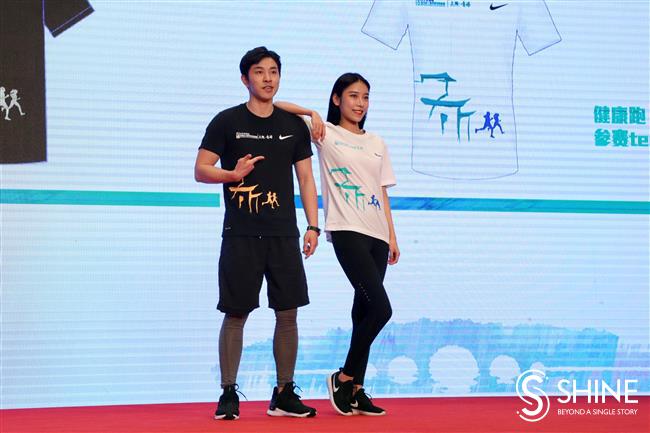 Models display the T-shirts of the inaugural CPIC Yangtze River Delta Half Marathon.