Shanghai has 180 walking routes across the city that feature its cultures and history as part of a campaign.

Over 4 million people have walked the routes and visited over 900 historical and cultural sites along the way in 2019, the city's office of the spiritual civilization steering committee announced on Thursday.

Participants can register on the Yunxiushen WeChat app named Yunxiushen (cloud moral cultivation) and follow directions to visit over a dozen sites along each route.

They feature Haipai Culture, the unique east-meet-west Shanghai-style culture; Red Culture, about the history of the founding of People's Republic of China and the Communist Party of China; and the Jiangnan Culture, which mainly formed along south of the lower reaches of the Yangtze River.

In downtown Changning, routes focus on the 70th anniversary of the founding of the People’s Republic of China, the stories of Dr Sun Yat-sen and Soong Ching Ling in Shanghai, as well as the iconic buildings designed by Hungarian architect Laszlo Hudec.

A route entitled “To Greet the Dawn” tells of the city’s liberation and includes the former Shanghai Bureau of CPC Central Committee at 389 Jiangsu Road and the Jiaoyi Building in East China University of Political Science and Law, which served as the first base of the People’s Liberation Army after it entered Shanghai in May 1949.

There's also an exhibition hall about the CPC's revolutionary history on Yuyuan Road, which once served as the editorial department for early Party publication "Bolshevik."

Former residences of missile and space scientist Qian Xuesen (1911-2009), writer, translator and scholar Shi Zhecun (1905-2003) as well as New Zealand-born writer Rewi Alley (1897-1987), who came to Shanghai in 1927 and was later involved in China’s revolution and reconstruction, will also open to visitors on a walking tour.

Most of the sites along the routes offer free admission. 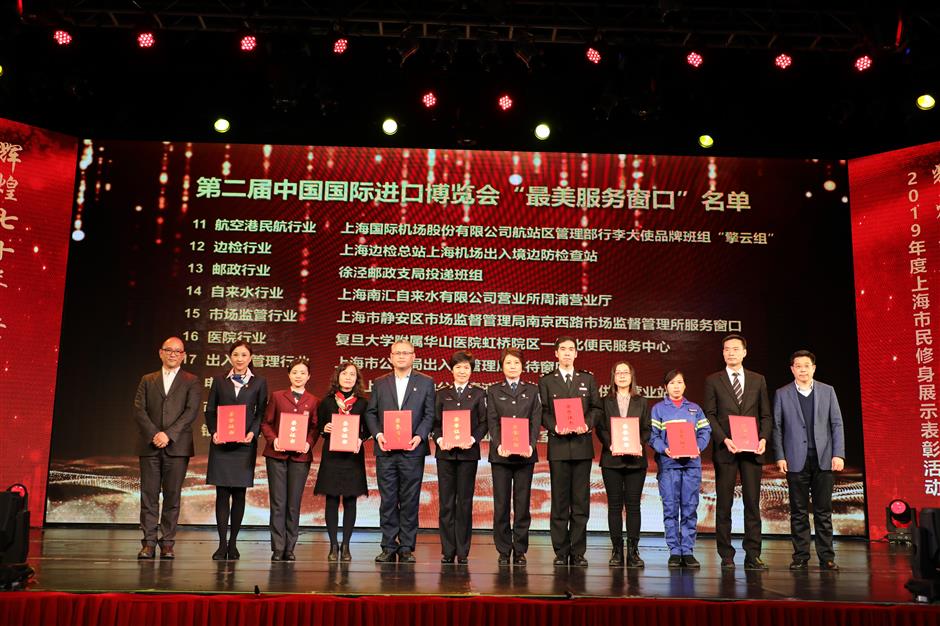 Outstanding individuals and companies in the service sectors were awarded on Thursday in Putuo for their contributions to the civilization campaign.