Ying welcomed Lui on his first visit to Shanghai since his appointment as Singapore’s ambassador to the country.

The pragmatic cooperation between Shanghai and Singapore has witnessed continuous improvement after the 1st Meeting of the Shanghai-Singapore Comprehensive Cooperation Council in May 2019, Ying said.

Singapore has unique advantages in optimizing the business environment, building a free trade port area, and advancing financial and technological innovation, he noted.

“We are willing to further deepen the Shanghai-Singapore Comprehensive Cooperation Council mechanism and push the practical cooperation between the two to a new level under the framework of the all-round cooperative partnership according to the consensus reached between the leaders of the two countries,” Ying added.

Singapore and Shanghai are hubs of their respective regions, thus share a lot in common, “and we hope to realize greater development by joining hands together”, Lui said. 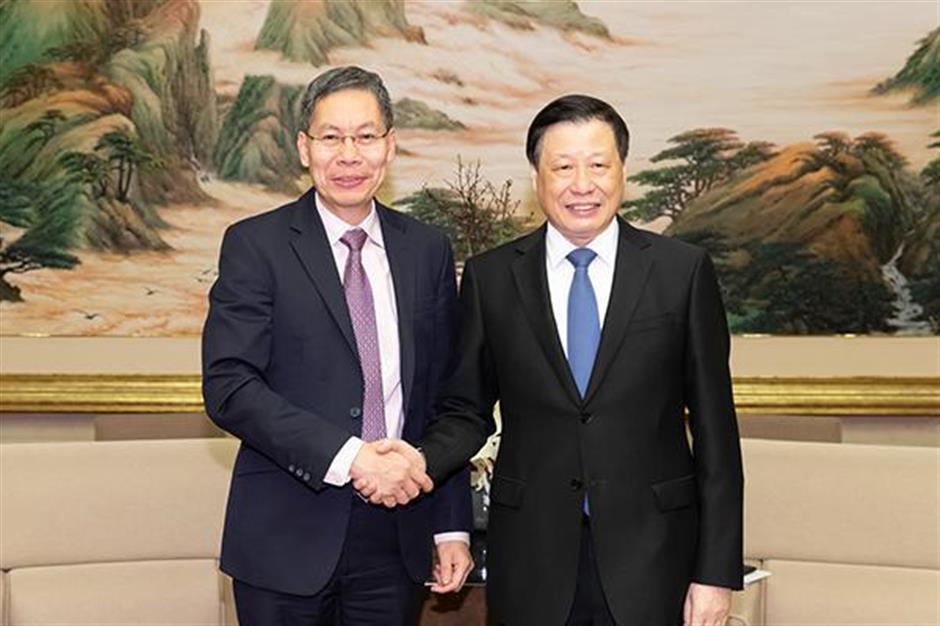