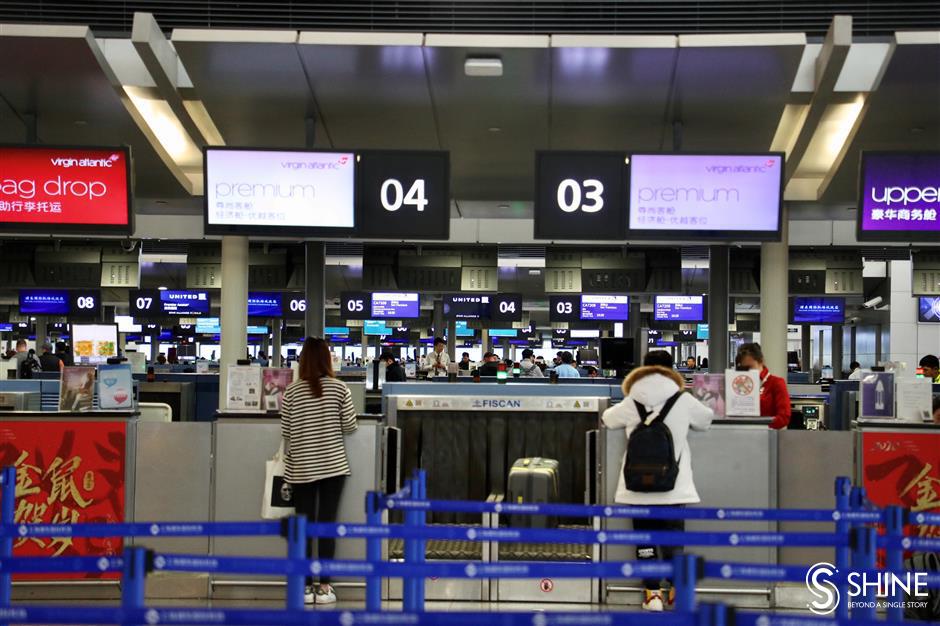 Additional check-in counters are open at Pudong airport to cope with the increase in passenger numbers during the Spring Festival rush.

The city's two airports are expected to handle a total of 14 million passengers during the Spring Festival rush that started on Friday and will run to February 18, around 4 percent more than last year.

Pudong, which expects to handle 9.05 million travelers on 59,000 flights during the 40-day period, will see its first peak period between January 17 and 23 for departing travelers, Shanghai Airport Authority said.

Daily departures could exceed 235,000 ahead of Spring Festival on January 25. Another 250,000 travelers are expected to fly back at the airport every day between January 28 and February 1.

Popular domestic destinations include northeast and southwest cities, while travelers are also heading for countries in Southeast Asia and Oceania for the warm climate, the airport authority said.

Hongqiao expects around 5 million passengers with most flying to Beijing, Guangzhou and Shenzhen. Its peak days are expected to be January 21, 23, 29 and 31.

Passengers are being told to allow additional time for security checks and boarding procedures during the peak period. Both airports have prepared high-tech services and more volunteers to cope with the large number of passengers.

The 5G communication signals, for instance, cover all boarding bridges and aircraft aprons at the satellite terminal at Pudong. The airport also has free telephone services at public phone booths across the terminal buildings. Each passenger can make a three-minute free call to let their families know they’ve landed.

Nine additional security channels have been opened at the T2 terminal. Passengers with small luggage can also enjoy a faster green channel. 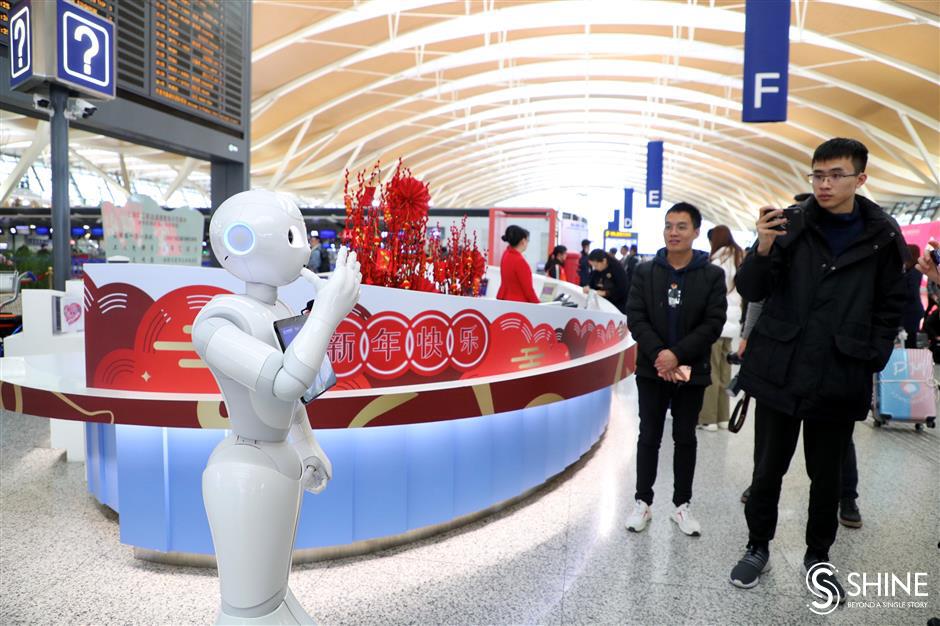 A robot greets passengers at the customer service counter at Pudong airport. 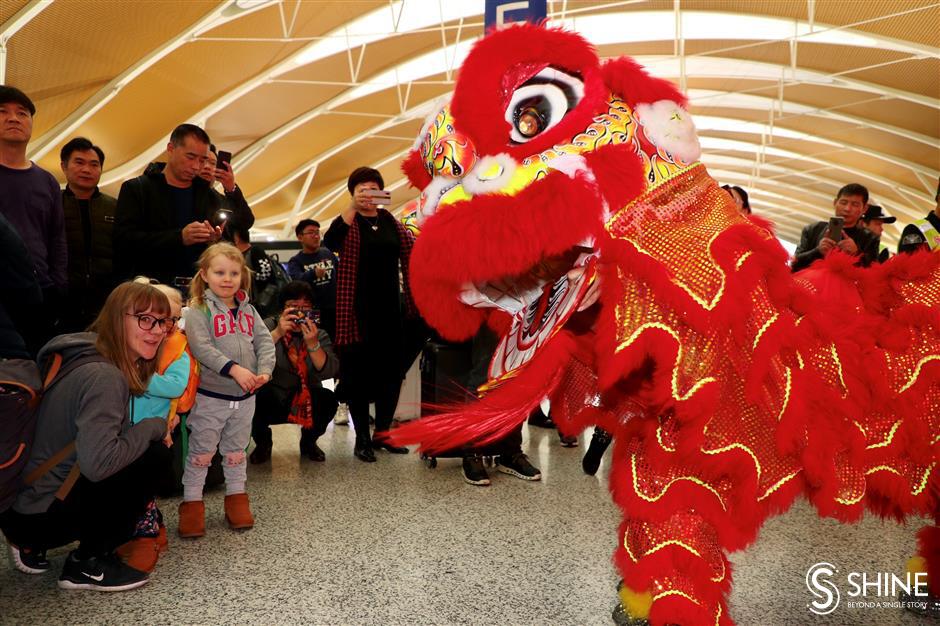 A lion dance performance at the terminal building of Pudong airport on Friday. 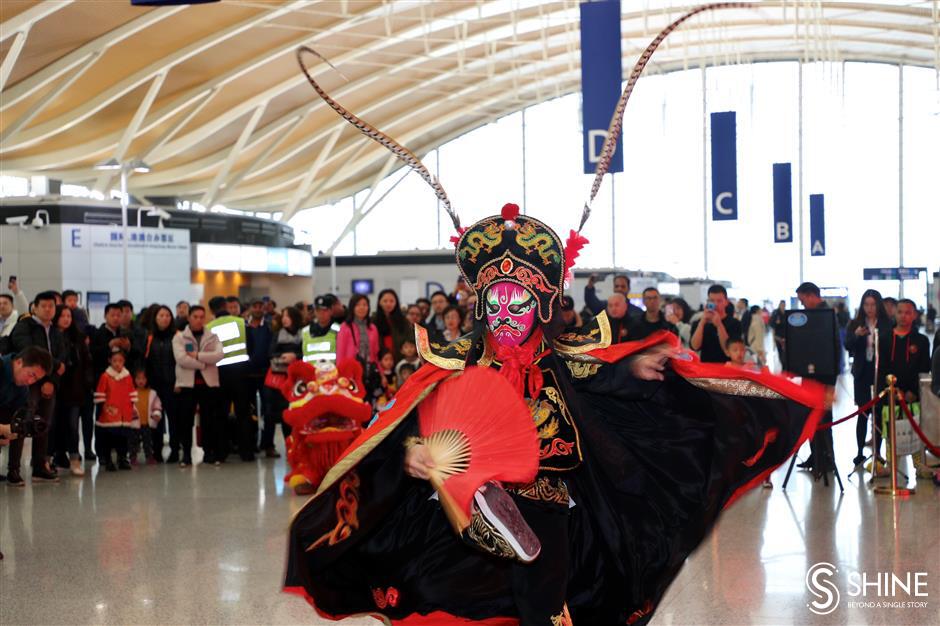 Face-changing performances of Sichuan Opera at Pudong airport on Friday.