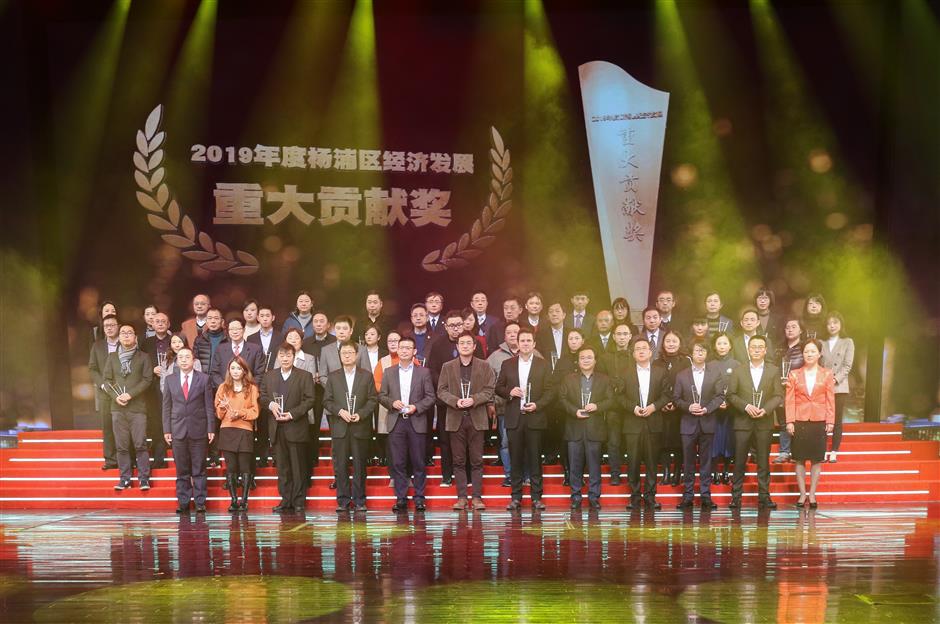 Officials from Yangpu companies receive awards for their contributions to the district over the weekend.

Over 150 companies were given awards in Yangpu District over the weekend for their contributions to the district.

They included startups such as Wo Technology and multinational companies including IBM.

Opening-up policies and business environment improvements contributed to investment growth, according to the local government. The foreign investment law, which went into effect January 1, is expected to further stimulate the market.

Yangpu will implement the city's newly released 3.0 version of an action plan on creating a better environment for business, Xue Kan, director of the district, told the assembled company representatives.

Li Haiou, general manager with the Wo Technology, said Yangpu's investment officials had helped to shorten the company's application for a telecom license from three years to three months.

The company owned by China Unicom based in Yangpu in 2014 to develop video game and e-commerce businesses. Its revenue was 1.2 billion yuan (US$173 million) last year.

The company established an electronic sports league, WGA, which has attracted over 100 million participants.

The district government helped solve issues on immigration, visas and taxation for many foreign employees of the IBM client innovation center. The district also help the center to recruit staff from Peking and Tsinghua universities in Beijing.

"We feel like a Yangpu company rather than a foreign enterprise," said Zhang Shuying, an official with the center.