The girl was in a critical condition before the surgery. In addition to heart disease, she also suffered respiratory and kidney failure and digestive tract bleeding.

She is now in a stable condition.

Born on December 2 in Taizhou, Zhejiang Province, the girl was delivered at the 33rd week of pregnancy, weighing in at 1.43 kilograms.

Doctors found she had a very serious congenital heart problem upon delivery and her condition deteriorated until her parents sent her to Shanghai’s Xinhua Hospital for treatment on December 18.

Doctors said 2 kilograms is usually the milestone for a newborn’s heart surgery and planned to hold off on the procedure until she reached that weight, however, her condition worsened and doctors decided to take the risk in the early morning of January 2. 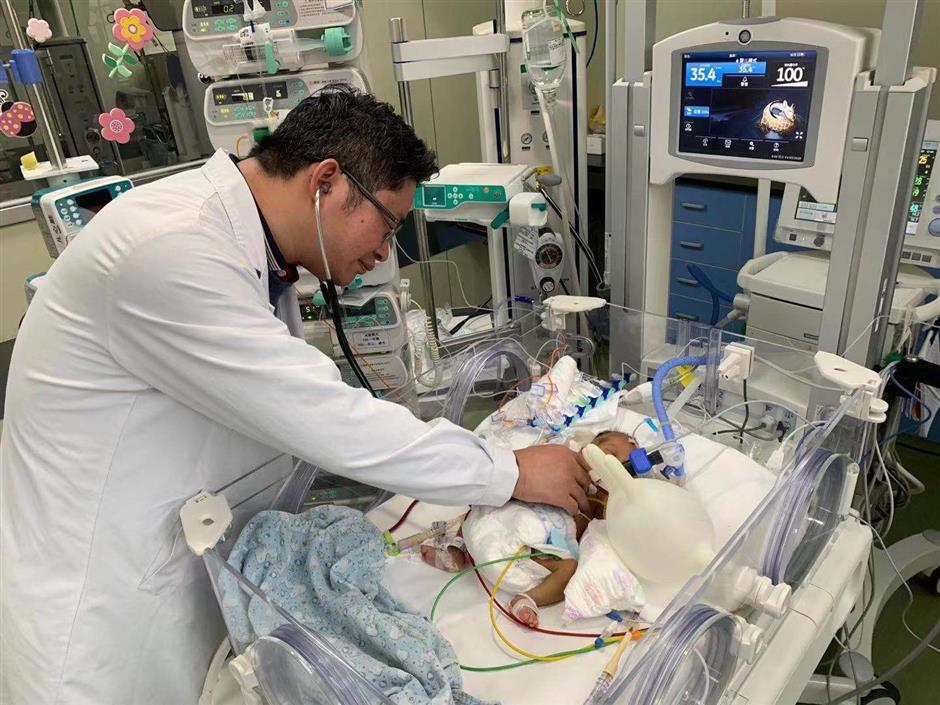