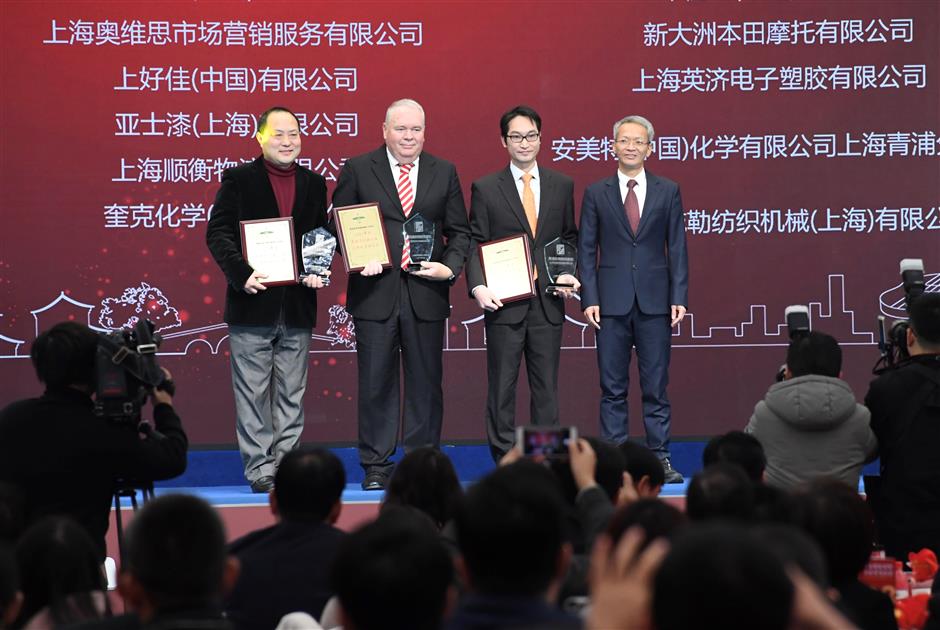 Companies in Qingpu District are awarded. 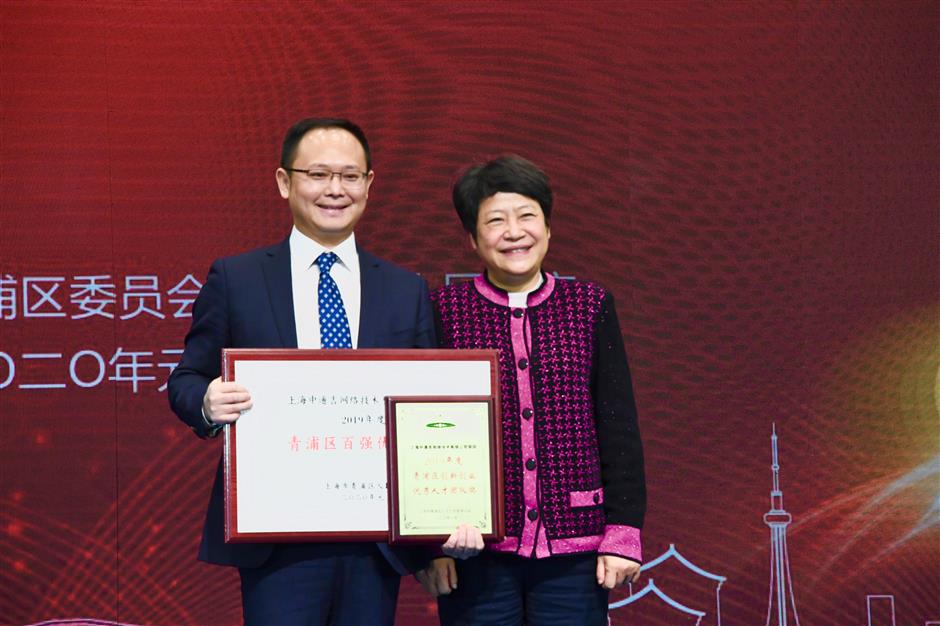 The Qingpu District government awarded 100 companies on Monday for their contributions to the district.

Tax payments from these enterprises totaled 14.8 billion yuan (US$2.14 billion) last year, up 11.8 percent from a year earlier, according to the district government.

The district's top 10 manufacturing and service companies were also awarded during the ceremony, and 69 enterprises were awarded for their innovation and start-up talent teams.

"Qingpu is improving its business environment and creating the best investment and development environment for companies," said Yu.

A number of outstanding companies with huge development potentials and fast growth are developing and expanding rapidly in the district and have made great contributions to the economic and social development of Qingpu together with innovation and start-up enterprises, said Yu.

Last year, the district's GDP grew 5.7 percent and its tax revenue was 53.95 billion yuan, up 2.1 percent from the year earlier.

Its total contract value of foreign investment hit US$1.4 billion and paid-in value of the district's foreign investment reached US$800 million in 2019, both record highs. Residents' per-capita disposable income was estimated at 51,500 yuan, a rise of 8.8 percent from the previous year and above average for the city.