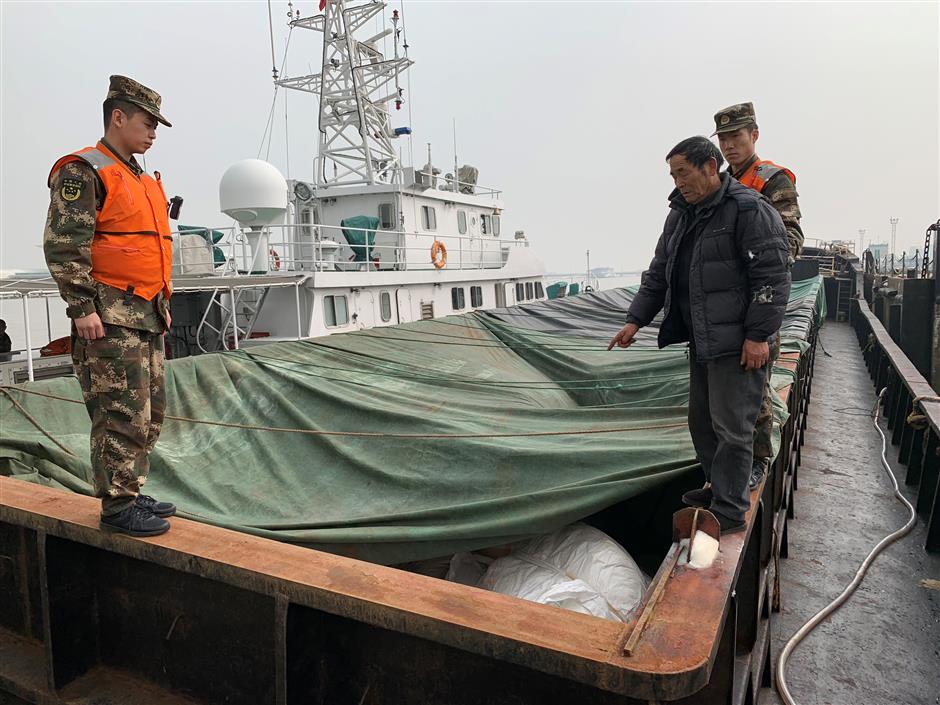 Coast guard officers found over 600 tons of sugar during checks of a vessel anchored at the mouth of the Yangtze River at 1am on Monday.

Five people suspected of smuggling sugar by ship were caught by the coast guard on Monday morning.

Over 600 tons of sugar, worth about 5 million yuan (US$724,000), were found on the vessel anchored at the mouth of the Yangtze River at 1am on Monday, the coast guard said.

All its lights were out so officers sounded an alarm, lit up the ship and announced an onboard inspection.

There was no answer but officers found five crew members in the ship’s cabin. It is claimed they said they were scared and thought they wouldn't be spotted by the coast guard at night.

The ship was found to be unlicensed, the five didn't have a seaman's card and there was no legal proof of the sugar's origin, the coast guard said.