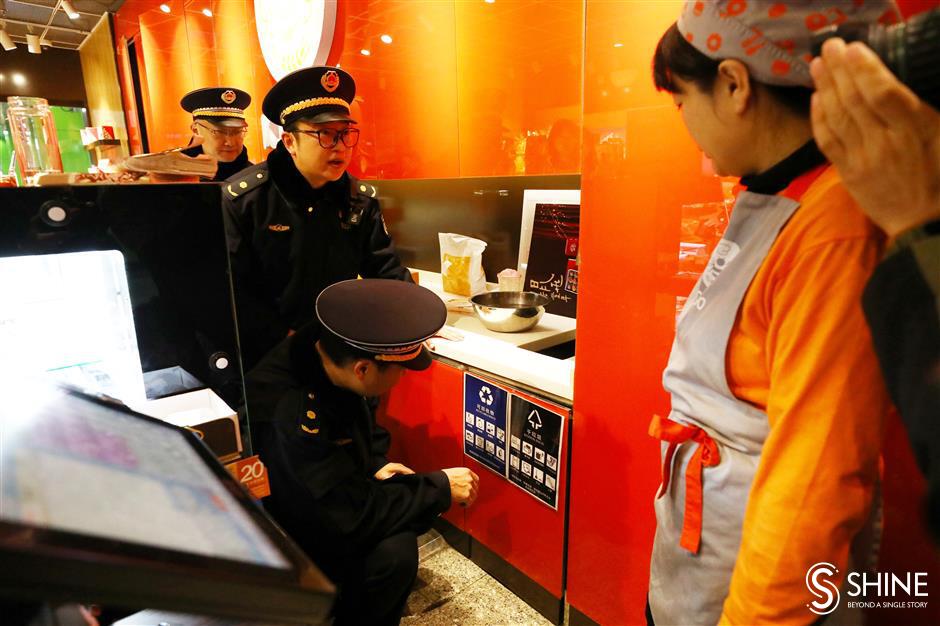 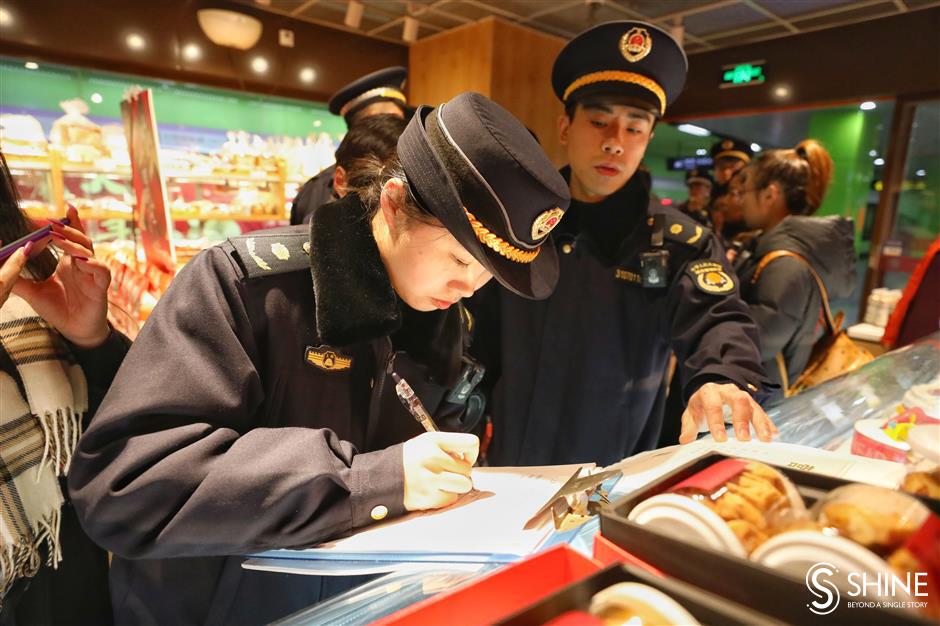 An official issues a rectification notice to an Ichido outlet for violation of garbage-sorting regulations.

A Metro outlet of bakery chain Ichido in Yangpu District was ordered to make rectifications on Monday after being found in violation of Shanghai's garbage-sorting management rules as authorities conducted their first waste sorting inspections in underground spaces this year.

The rectification notice was issued to the Ichido outlet at Jiangwan Stadium Station on Metro Line 10 by officials with the Yangpu District Urban Management and Law Enforcement Bureau.

At the bakery, there was only one trash bin with two signs — for dry and recyclable waste — inspectors found.

A shop assistant said that the store space is relatively limited so there isn't enough space for two bins, and they will take measures to tackle the problem.

"The store violates regulations for failure to install proper garbage-sorting containers," said Kong Linghuan, an officer with the bureau.

"To those who have bad performances in garbage sorting, we will check their rectification measures three times within a month," said Wang Lijun, another official with the bureau.

"Further actions including fines will be taken if their performances are still unsatisfactory," said Wang. 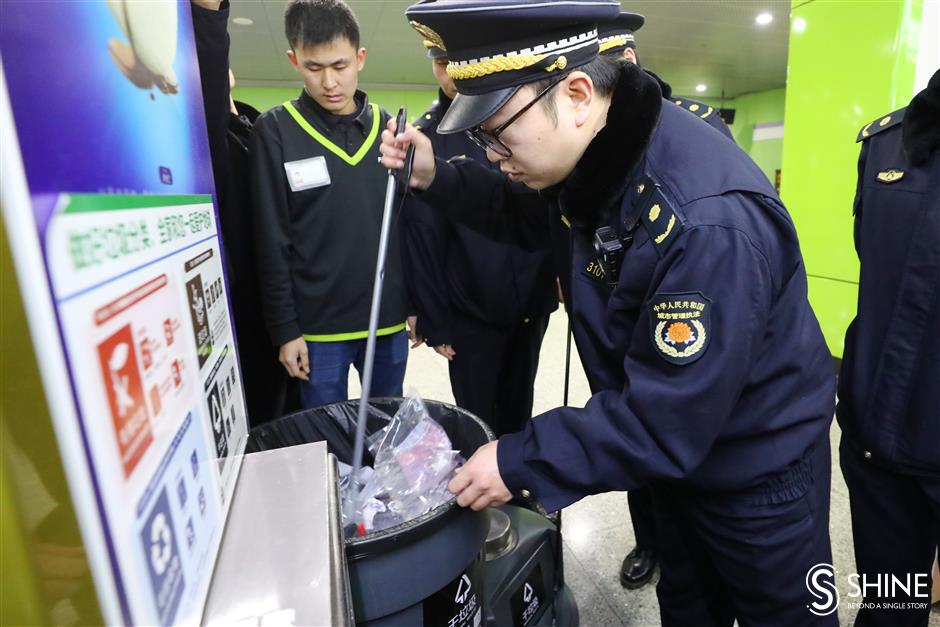 An official with the Yangpu District Urban Management and Law Enforcement Bureau checks garbage sorting at an outlet of FamilyMart at a Metro station.

At a FamilyMart outlet opposite to the bakery, a recyclable waste sign was spotted on a bin formerly used for hazardous trash, and the convenience store was ordered to make its signs clear.

Officials also checked garbage containers at the Metro station, and found dry waste inside bins for recyclables. In addition, wet trash was spotted inside a bag for dry garbage.

"Mixed disposal has been found at the station and we will ask Metro operators and property management companies to educate and monitor residents' disposal," said Kong.

The inspections will cover public areas inside 24 Metro stations on Lines 8, 10 and 12 in the district, officials said. Inspectors are specifically looking for failure to sort and dispose of trash correctly and failure to install proper garbage-sorting containers.

Violations such as mixed waste transport, littering and leakage during transportation are also targeted, the bureau said.

More than 5,400 inspections citywide were conducted by the bureau, covering over 7,500 companies and 4,200 individuals, between July and December.

In 922 cases, rectification notices were issued.