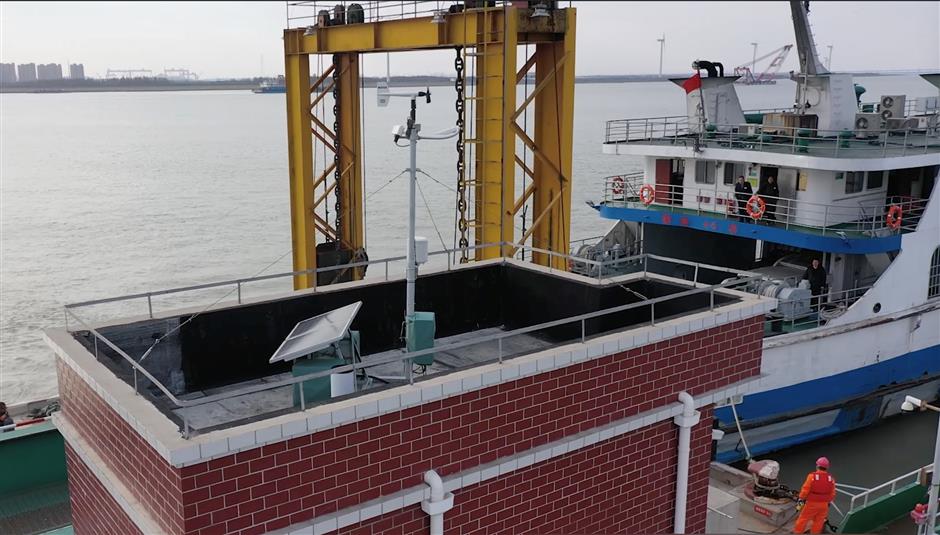 An anemometer on a boat helps to more precisely predict the weather in the waterway between Hengsha Island and the rest of Shanghai.

Fewer ferries were canceled between Hengsha Island and the main area of Shanghai last year thanks to localized weather services, maritime authorities said on Tuesday.

This has greatly benefited residents on the only island in Shanghai with no road links to the rest of the city, and also those who went there as tourists.

Previously, ferry companies decided on schedules using weather forecasts for the city. As a result, there were times when conditions on days when trips were canceled were much more peaceful than had been expected.

Hengsha Island, at the eastmost point of the mouth of the Yangtze River, has about 30,000 residents.

“In the waterway between Hengsha Island and Changxing Island, sometimes the wind is less strong than it is on the open sea due to the presence of the two islands,” said Song Gang, head of the maritime law enforcement patrol squad.

In cooperation with the weather authorities, the maritime bureau last year introduced a set of equipment to cover the waterway, including an anemometer to measure wind speed and direction, and a shared network of weather forecasting services, so as to more precisely predict weather in the area.

As a result, 466 more ferries operated last year than in 2018, transporting about 26,000 passengers and 13,000 cars, according to the maritime authorities.