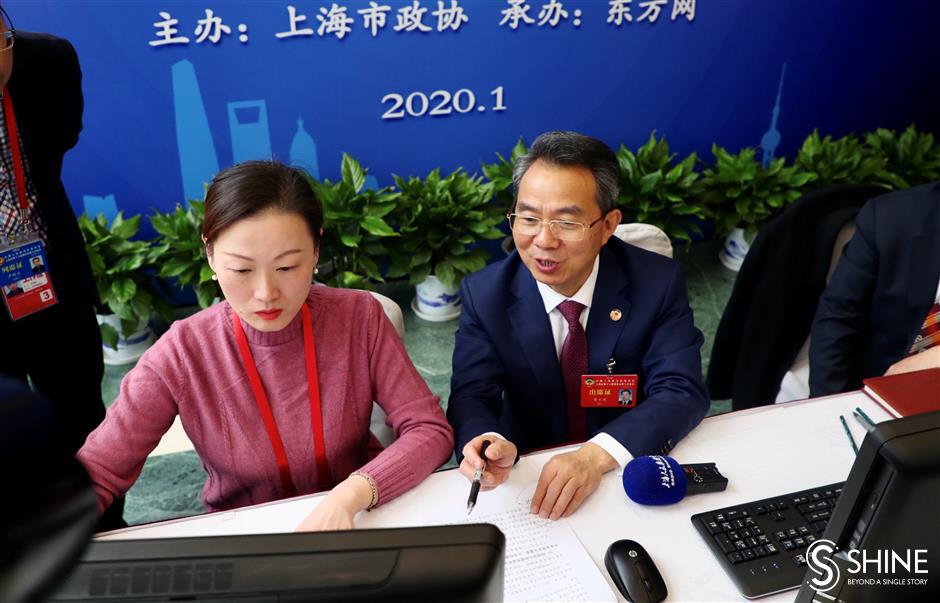 One question for Dong was about the concept of the "city's brain" and its functions. Dong responded: "A city's governance requires intelligentization. With the one-stop smart online platforms for government services and urban management, which serve as the city's 'butlers,' the efficiency of city governance is highly raised.

"And the mobile applications of these platforms will be developed to make citizens do government affair procedures as convenient as online shopping."

He Pinwei, another local CPPCC member, answered a question on traffic violations by food deliverymen. He said there should be strict management of food delivery providers, which should train their employees with traffic rules and cover it in their personal assessment.

He said there should be research into making delivery vehicles both highly efficient and safe.

For non-motor vehicles, he and a fellow political adviser Ma Chi proposed more lanes for these vehicles.

Ji Zhaoliang, head of the committee's branch in the Pudong New Area, answered a question about Pudong's efforts in elderly care. He said Pudong had 160 nursing homes for the elderly with nearly 27,000 beds. There are three district-level activity centers for seniors and 39 senior service centers. A network of 15-minute elderly care services is almost complete in Pudong, he said, meaning senior citizens can get the services they need within 15 minutes.