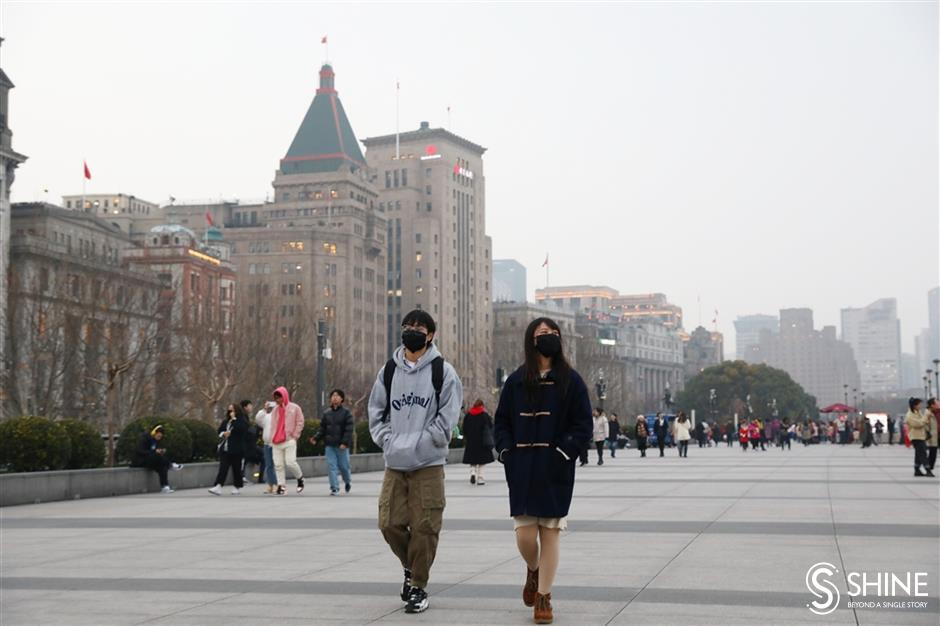 Pedestrians are seen wearing masks to protect themselves from the pollution at the Bund.

The smog which has stubbornly stuck to the city for several days is expected to be washed away by rains due on Wednesday afternoon, forecasters said.

On Tuesday, the city was hit with light to moderate smog with visibility cut to only 3 kilometers.

The yellow alert issued by city's heavy air pollution emergency work office remained for one more day with the concentration of PM2.5 particles hitting its daily peak at 178 micrograms per cubic meter at 11am, seven times the guideline set by the World Health Organization of 25.

Yellow is the second-lowest of Shanghai's four-tier alert system.

The monitoring site in Putuo District even saw its PM2.5 concentration soaring to 230 micrograms per cubic meter.

It will still be cold on Wednesday morning with a low of 3 degrees Celsius in downtown areas and the outskirts will see lows between minus 1 and 1 degree. The high will be 9 degrees in the daytime.

Wednesday morning will be smoggy but the afternoon bring clean air after the rains.

Thursday will be mostly wet and the dryness will return on Thursday night. Friday and Saturday will be dry while Sunday is likely to see some drizzle.

The mercury will range between 4 and 10 degrees during the rest of this week. 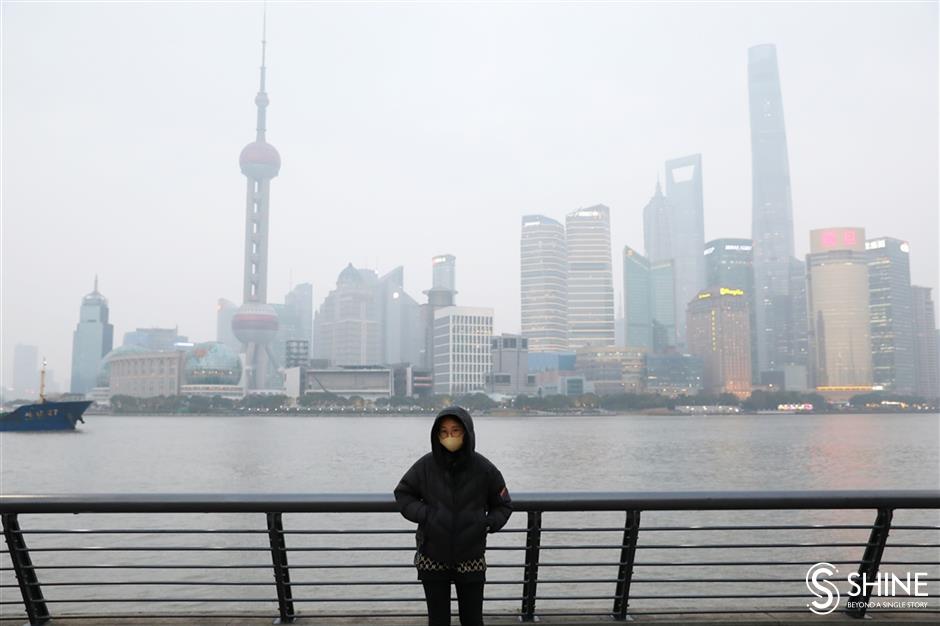 Smog cut visibility to only 3 kilometers. 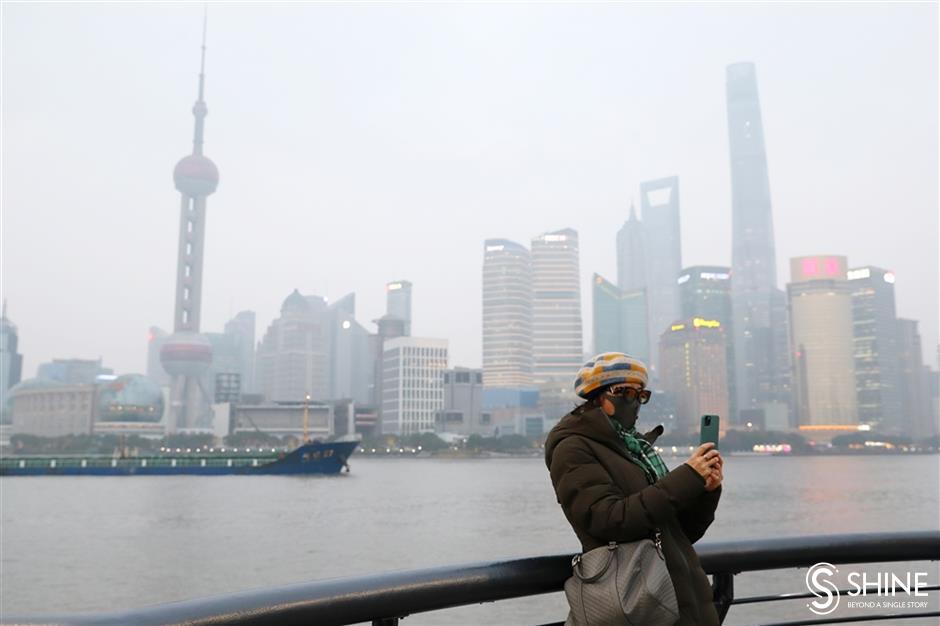 A lady wearing a mask against the heavy smog takes a selfie at the Bund.