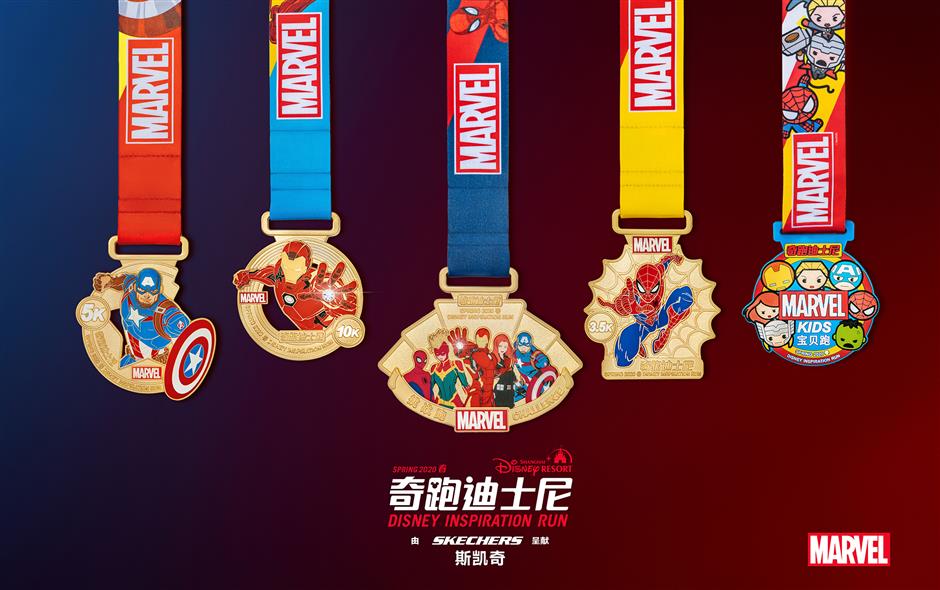 Disney’s biannual running event will return to the city with a brand-new look in April, Shanghai Disney Resort announced on Thursday.

The 2020 Spring Disney Inspiration Run will take place on April 18 and 19.

The much-anticipated run weekend will provide a wide range of running options, including a 3.5km, 5km, 10km and Kids Run, as well as a brand-new Challenge Run that consists of both the 5km and 10km runs.

And for the first time, participants will be surrounded by Marvel-themed fun.

While many beloved Disney characters will appear in their brand-new seasonal outfits, this unique Marvel-themed run weekend will also include Marvel Super Hero appearances.

“With the huge popularity of Marvel and its Super Heroes among our guests, the new Marvel theme of the run weekend will be especially exciting for the many Marvel fans,” said Joe Schott, President and General Manager, Shanghai Disney Resort.

The 5km run will return on April 18, and the 19km run will take place on April 19. Both will be open to runners aged 16 and older.

The 3.5km runs will be held on both April 18 and April 19 and will be open to runners aged 5 and older. Also on both days, the Kids Run, designed for children aged between 2 and 5 years old, will be held.

For daring runners looking for a challenge worthy of the galaxy’s mightiest heroes, a brand-new Challenge Run allows guests to take on both the 5km and 10km distances.

Runners are encouraged to dress up as their favorite Marvel Super Heroes and Disney characters as to say hello to Mickey Mouse and Minnie Mouse, Spider-Man and Iron Man among other characters when they run through the resort.

Each runner will receive a Marvel-themed T-shirt emblazoned with a Marvel Super Hero, including Iron Man, Captain Marvel, Black Widow, Captain America, Spider- Man, and a variety of characters on the Kids Run T-shirt.

Each runner that crosses the finish line will receive a Marvel-themed medal, with Spider-Man appearing on the 3.5km medal, Captain America on the 5km medal, Iron Man on the 10km medal and a host of characters on the Kids Run medal.

Runners who complete the Challenge Run will receive a newly-designed medal featuring Captain Marvel, Black Widow and the other three Marvel Super Heroes to commemorate the fantastic achievement, in addition to medals for the individual races.