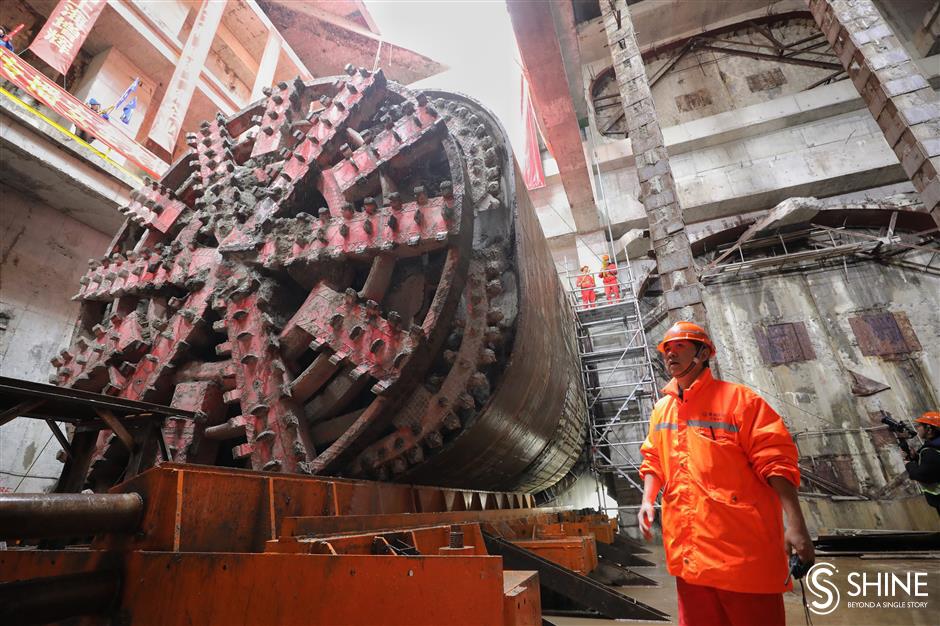 Tunnels to Jing’an Temple Station on the city’s new Metro Line 14 were partly completed by innovative subway-building equipment on Thursday, which means that the most challenging phase of construction is now completed, Metro authorities announced.

A Rectangular Pipe Jacking Machine, which was used for the first time on a subway tunnel in China, made it possible to build the station within a relatively limited area. It also reduced the budget and time of construction, according to the metro authority.

“Jing’an Temple Station is located in downtown Shanghai, which is saturated with traffic infrastructure for Metro Lines 2 and 7, and the Yan’an Elevated Road. We couldn’t use traditional subway-building equipment because it would cause the destruction of existing roads,” said Wu Dongpeng, manager of the Metro Line 14 project.

“We redesigned many software and hardware systems to alleviate traffic pressure during the construction,” said Lu Kangming, an engineer on the project's construction team.

“The safety of construction workers was also an important part of our work. We used an automatic monitoring system to track the locations of personnel," Lu added.

In the future, the Rectangular Pipe Jacking Machine is likely to be used for other subway projects in downtown areas, according to Lu.

Line 14, which will run from west to east in the northern part of Shanghai, is designed with 31 stations, from Fengbang Station in Jiading District to Jinsui station in the Pudong New Area. It passes through Putuo, Changning and Xuhui districts.

The subway trains will be equipped with unmanned driving technology and all stations are underground. 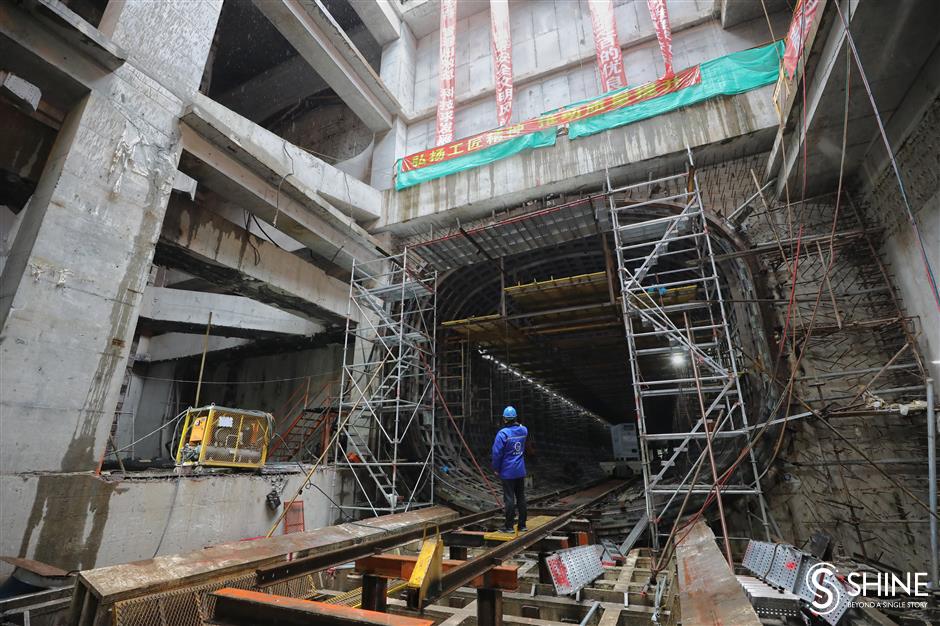 A worker checks the construction in the tunnel.