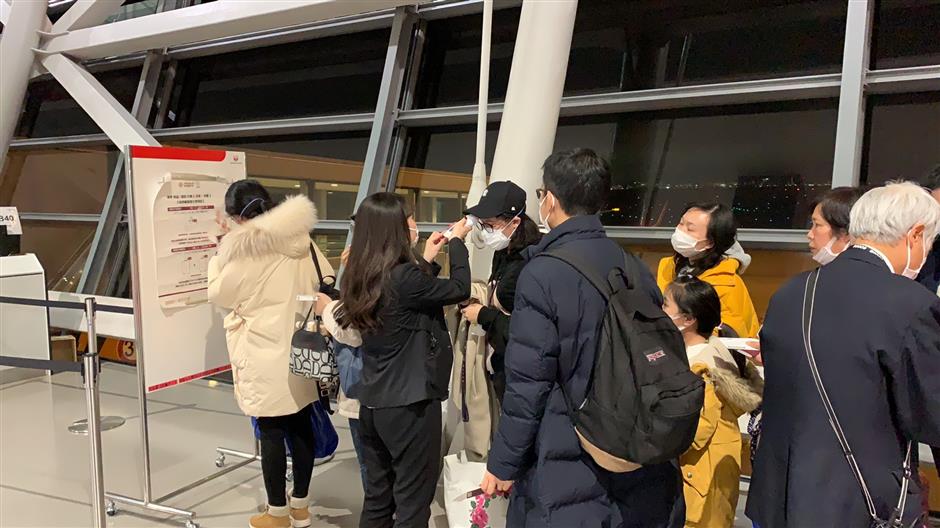 Staff check the temperature of each passenger on flight HO1340 at the Kansai International Airport in Osaka.

A Juneyao Airlines' flight from Japan's Osaka to Pudong was rerouted to Wuhan, in central Hubei Province, on Tuesday night to send 94 stranded passengers back home.

Other passengers were changed to another Osaka-Shanghai flight.

Some travelers from Hubei, the heart of the novel coronavirus outbreak, were stranded in Japan following a large number of flight cancellations after Wuhan closed its airport to outgoing passengers on January 23.

Flight HO1340 was originally scheduled to take off from Kansai International Airport at around 8pm and land at the Pudong airport at 9:30pm.

However, after approval from China's civil aviation authority, the Airbus 321 took off from Osaka at about 9pm and landed at Wuhan Tianhe International Airport at 11:10pm.

The aircraft carried 94 Hubei passengers who were stranded in Osaka, along with 19 boxes of protective outfits and masks that Juneyao purchased in Japan.

"The flight will land at Wuhan and welcome you home," Dong Wei, general manger with the airline's Japanese office, told passengers onboard. Passengers applauded after the announcement, as seen in a video recorded during the flight.

Eleven crew members, including two captains, a copilot, six flight attendants and two security guards, voluntarily operated the flight and served passengers while wearing masks, gloves and goggles, according to the carrier.

They will be quarantined for two weeks after returning to Shanghai. The aircraft will also undergo top-level disinfection. It departed Wuhan immediately after all passengers disembarked and cargo was unloaded.

All passengers were willing to fly back to Wuhan and full prevention measures were made ahead of the flight, the carrier said. They received multiple temperature checks before boarding the aircraft and were given masks and other protective items.

The Shanghai-based airline will transport another 30,000 protective outfits and other supplies from Japan, Thailand and Finland to Wuhan and other regions affected by the outbreak of pneumonia caused by the novel coronavirus, the carrier announced. 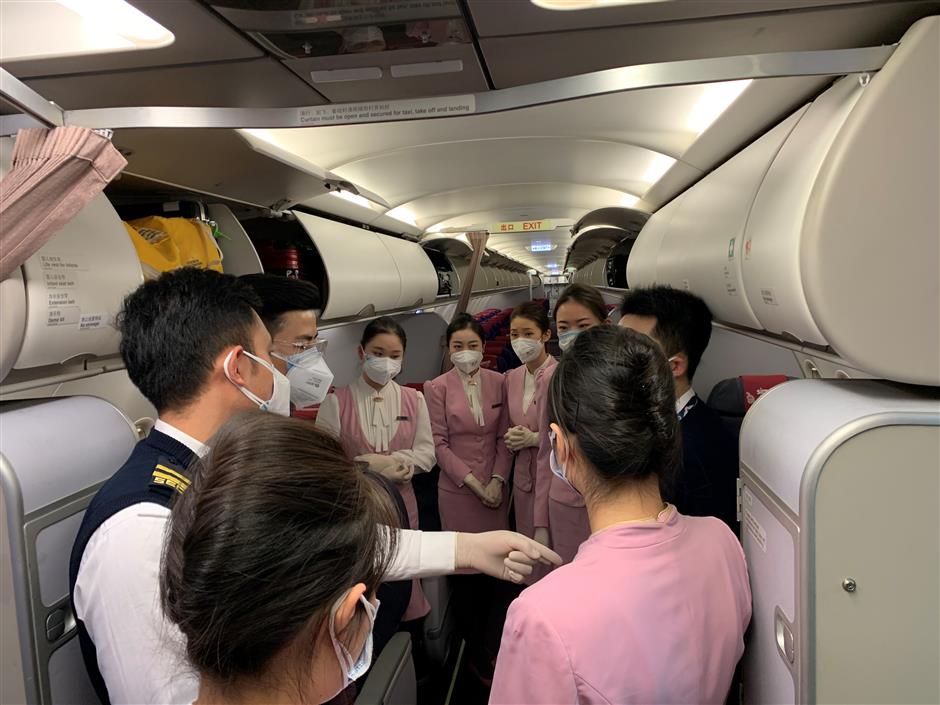 Captains and crew members prepare to serve Hubei passengers on flight HO1340 from Osaka to Wuhan.