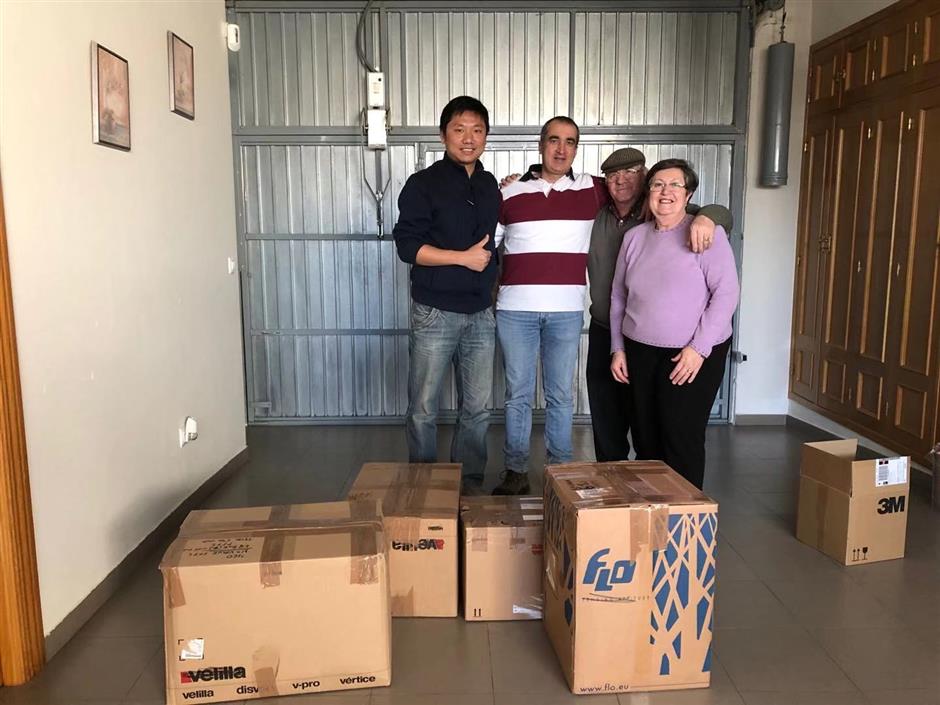 Pascual Farina Javier (2nd left), a Spanish captain with Juneyao Airlines, and the masks he purchased in Spain.

Pascual Farina Javier, a Spanish captain with Juneyao Airlines, donated 2,300 masks over the weekend for pilots and flight attendants of the carrier.

Javier, who joined the airline in 2012, purchased the N95 facial masks in Spain during a recent vacation.

"I admire the spirit of my Chinese colleagues who are working hard in spite of the epidemic," said Javier.

Other pilots like Javier are contributing to the prevention campaign.

Yoon Sang Jin from South Korea cancelled his vacation and has flown over 80 hours since the beginning of the Spring Festival travel rush on January 10.

Captains Raul Paniagua Bortolussi and David Uribe from Mexico also cancelled their holidays to prepare for any emergency task.

There are 140 experienced foreign pilots working with Juneyao, flying for over 5,600 hours with their Chinese colleagues during the outbreak.

The carrier dispatched three flights to pick up around 600 passengers from Wuhan stranded in the Philippines. 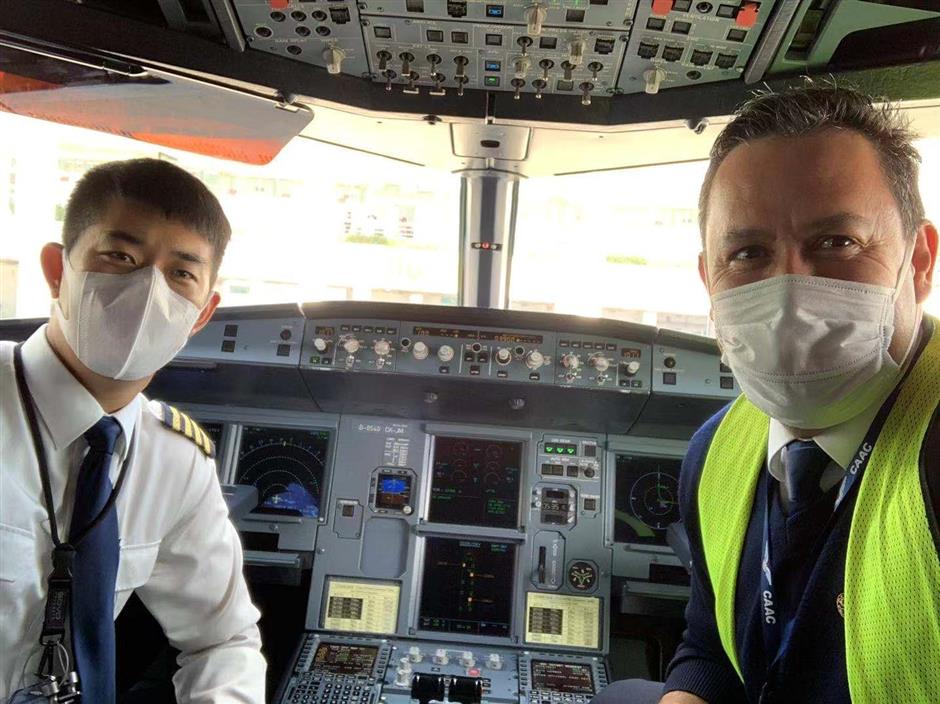 David Uribe (right) from Mexico poses with his Chinese colleague. 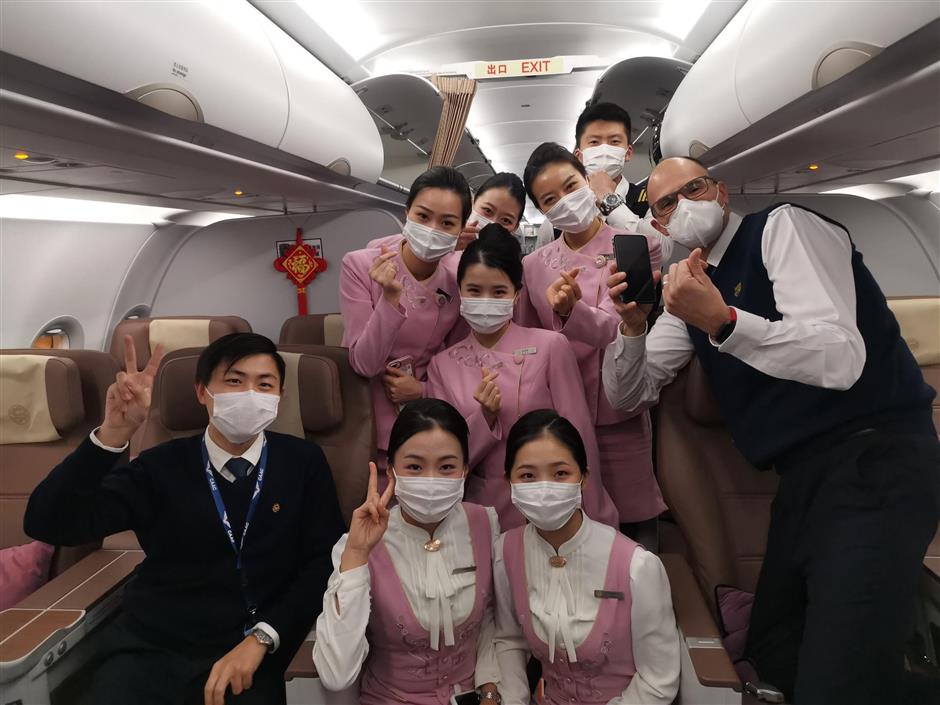