Many Shanghai medical workers are already in or on their way to support Wuhan, a city now severely stricken by the novel coronavirus outbreak. They are called "the most beautiful people who are going in the reverse direction than most others" by the public. They are combating the new epidemic on the frontline to protect people in the nation. Some of them shared their work experience in Wuhan with Shanghai Daily.

It's a special Lantern Festival over the weekend for all those Shanghai medics working at hospitals in Wuhan, the heart of the current coronavirus epidemic.

In Chinese tradition, Lantern Festival is a time for family members to get together, eat yuanxiao — dumplings of glutinous rice with a variety of fillings — and look at the full moon.

But for them, there are no family dinners and no time to enjoy the full moon or watch the Lantern Festival Gala television show.

Ruan Zhengshang is a doctor from Xinhua Hospital and one of the first sent to Wuhan. He is in charge of an intensive care unit with 27 critical patients.

Though hundreds of miles from his family, he received a special gift from them — a letter from his daughter Ruan Renying.

"Dear Dad, I can still recall the sight of your back when you left us on the Chinese New Year's Eve. Now you have been in Wuhan for nearly half a month. How are you doing? We are all good in Shanghai," the girl wrote.

"When you are in Wuhan, I miss you and worry about you. But I'm very proud of you. Please protect yourself when you treat the patients. Although I miss you so much, I think the people in Wuhan need you and the other medics more than me. I believe all of you can win this fight and cure those in pain."

"Dad, in my mind, you are a hero who is never afraid of any difficulty and frustration and uses righteous ardour to kill the virus. I made up my mind that I will become a doctor in the future, as you and grandpa, to help those struggling with disease." 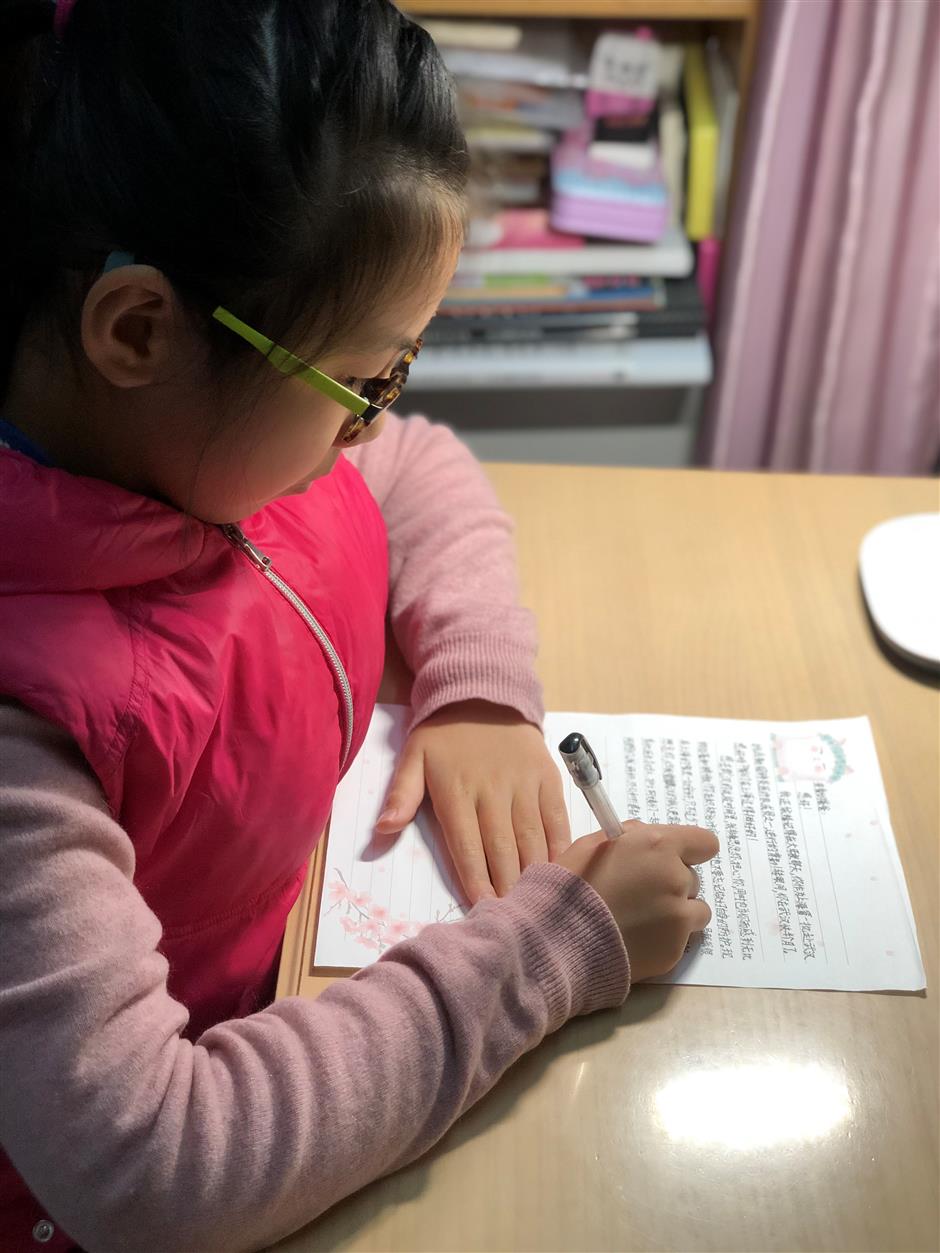 Daughter of Ruan Zhengshang, a doctor from Xinhua Hospital, is writing a letter to her father in Wuhan.

Gu Lingyao, a male nurse from Shanghai Yueyang Hospital of Integrated Traditional Chinese and Western Medicine and also one of the first group of medics, received a letter from his mother.

"Dear son, I still remember that on the Chinese New Year's Eve, you got a phone call at the dinner table and told us that you will go to Wuhan to support the medics there. Your dad and me were both shocked and I couldn't come to my sense until you left home," she said in the letter. "Although we are very worried about you, we know that if you make the decision, then no one can stop you. Your dad consoled me that what you do is a good thing and asked me not to weep and bother you."

"You are always a warm-hearted one and value friendship. I know you are worrying about your schoolmates. Six years ago, you were enrolled by the Wuhan University of Science and Technology and had been living in Wuhan for four years. Except for Shanghai, Wuhan is the city where you live longest. There you have many close friends."

"I'll take care of myself and your dad. Every day you send us messages via WeChat. But what you say are things like 'I'm good' or 'The weather is fine today.' We saw some online news about the medical workers there. The news said the medics are living a hard life. They can't drink much water because if they use the restroom, they will 'waste' a set of protective outfit, which is in short supply. Your dad is one who doesn't show much on his face. But on that day, I saw him weeping in the kitchen." 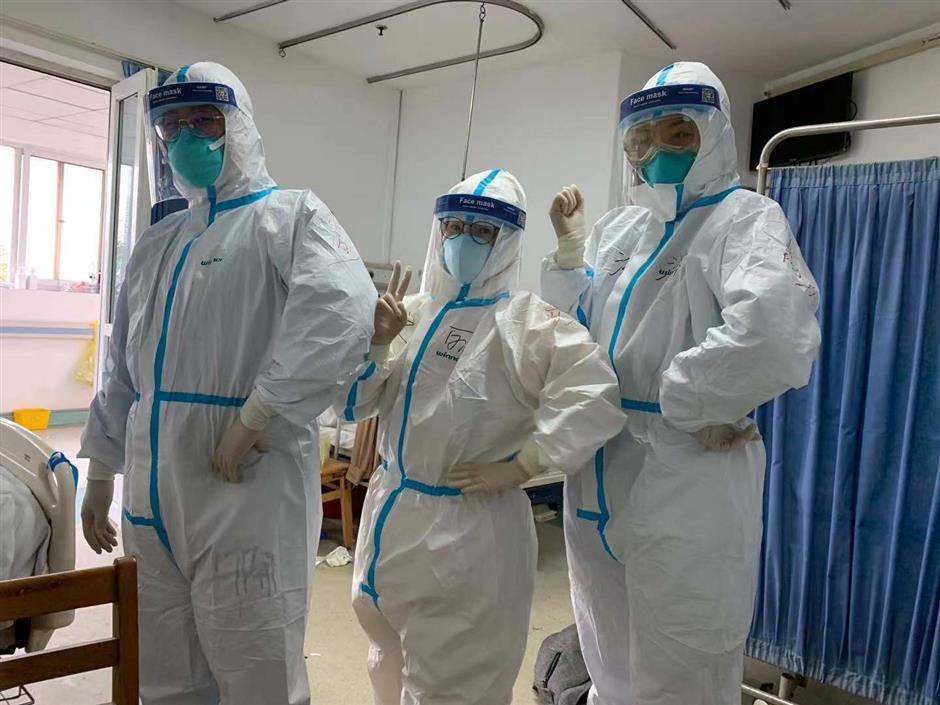 Gu Lingyao (left) from Shanghai Yueyang Hospital of Integrated Traditional Chinese and Western Medicine and two other nurses dress themselves in protective outfit.

The gift Zha Qiongfang, a doctor from Renji Hospital, got is a series of paintings by her 6-year-old niece, nicknamed You You.

The paintings feature Zha, her auntie is working at the hospital in Wuhan. She also gave tips for epidemic prevention through the pictures. The little girl asked her auntie to take care of herself and come back safely.

Nurse Li Panpan, also from Renji Hospital, received encouragements from her parents as well. It was her father's words made her determined to go to Wuhan on the day before the Chinese New Year's Eve.

When she saw the message about volunteering to support Wuhan she asked her parents if they would let her sign up.

Unexpectedly, her father agreed. "There are no parents who won't worry about their children in such circumstances. But now it's the toughest moment for our country and if you and your colleagues go to Wuhan, you will bring the people there hope of life." 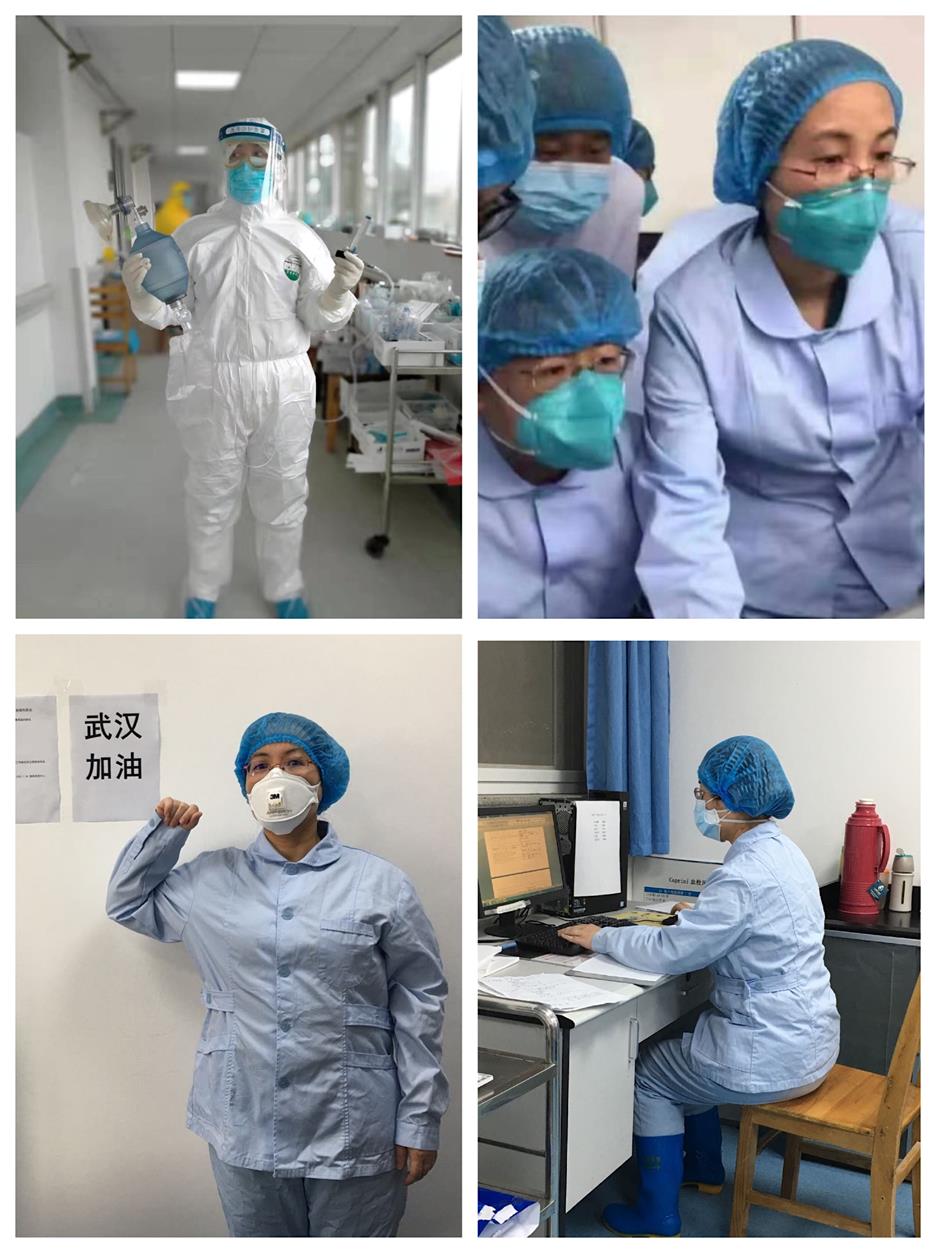 Photos of Renji Hospital doctor Zha Qiongfang that her 6-year-old niece copied for her picture. 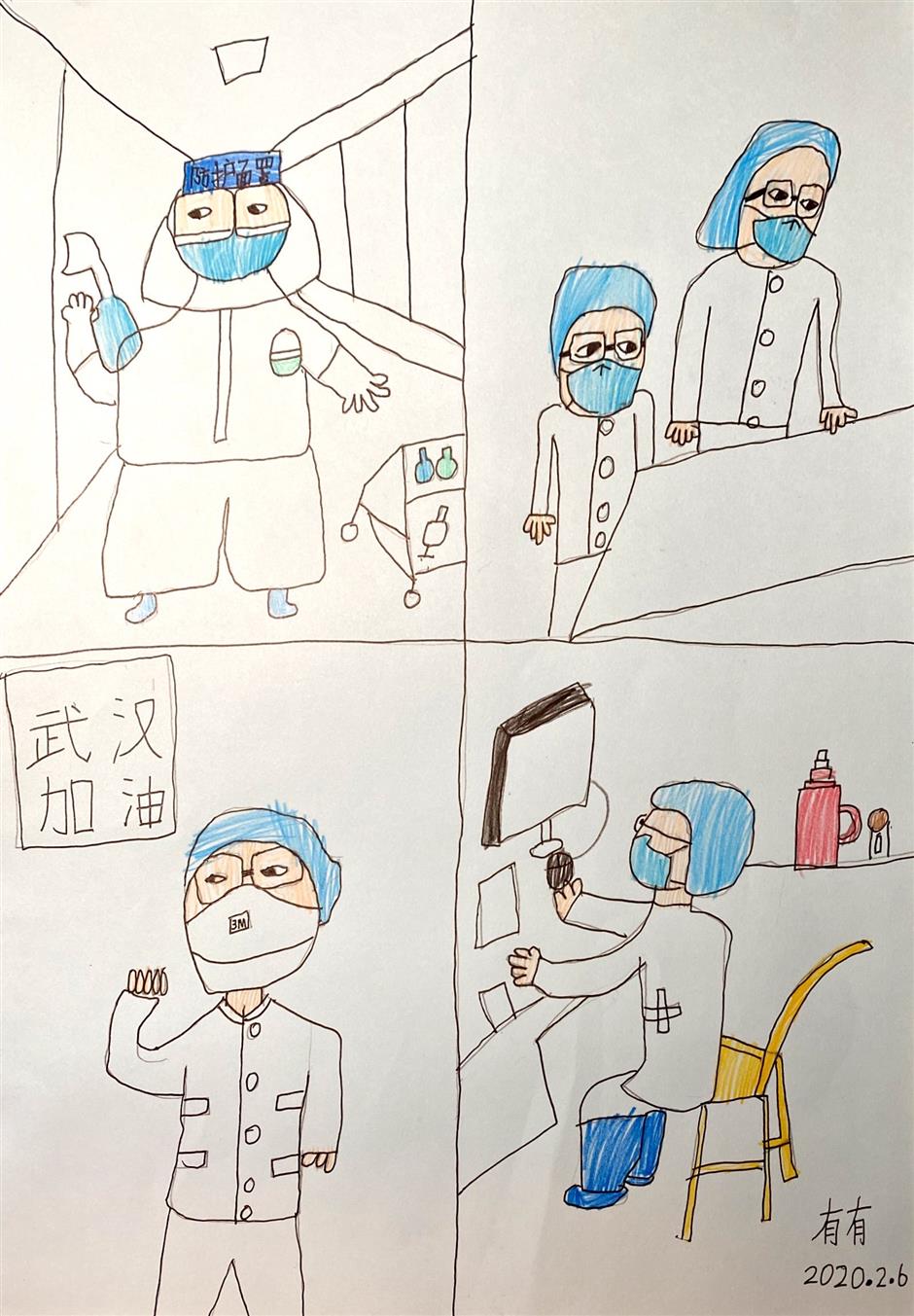 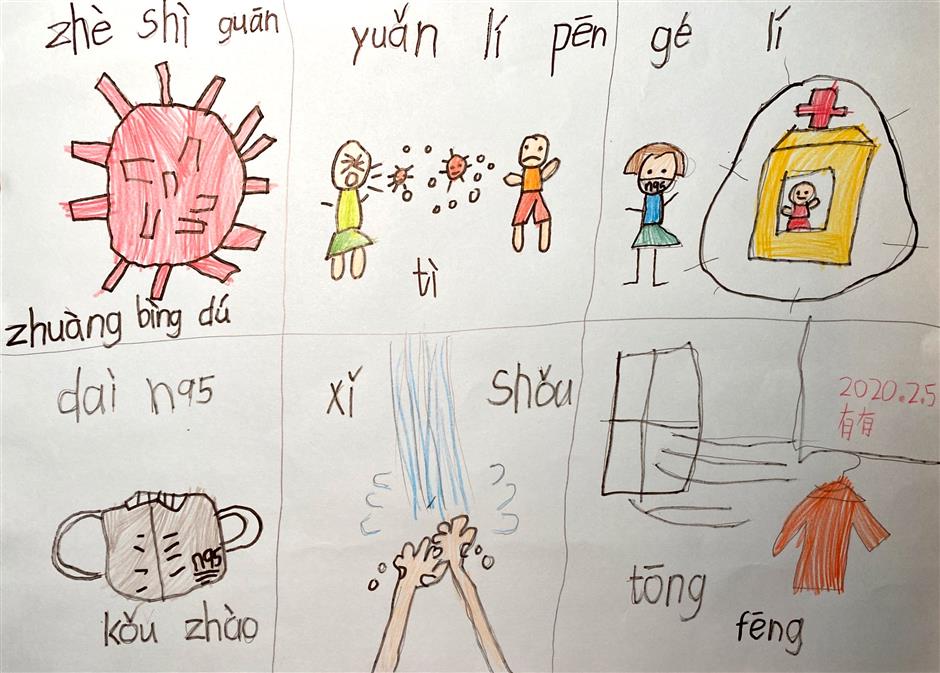 The little girl gives tips for epidemic prevention on her paintings.