A day in the life of a disinfection worker

Xiao Lin disinfects a garbage site in a community.

Xiao Lin starts his work by putting on a white protective outfit.

As the leader of the disinfection station of the Jiangning Road Subdistrict in Jing’an District, Xiao is responsible for disinfecting the homes of more than 40 families in quarantine.

On their first day of isolation, he and his three colleagues disinfected every corner of every room. During the 14-day observation period, they visit every day and spray disinfectant on their doorsteps and corridors, collecting household waste for processing.

“I’m not nervous at all,” Xiao said. “We have complete sets of protective equipment. There won’t be any problem if we follow the rules. Compared with frontline medical workers, we are much safer.”

Xiao is often told that his work is risky. “For me, it’s a chance to relieve their suffering and tell them the right thing to do,” he said. “The virus is not scary if you protect yourself.”

Xiao’s colleague Zhou Pengfei said Xiao was always working on the frontline. “Every day he hurries to have his lunch in the car en route to the next disinfection spot.”

Xiao said all four workers in the team work seven to eight hours a day.

The other two, Xu Xu and Jiang Wenshun, left their families in other cities to spend the Spring Festival holiday in Shanghai.

"We have so much work to do, including keeping in touch with community doctors,” Xiao said.

Xiao and his colleagues are also responsible for disinfecting bins and garbage sites in the community. Their work includes disinfecting three wet markets, which cover nearly 12,000 square meters. 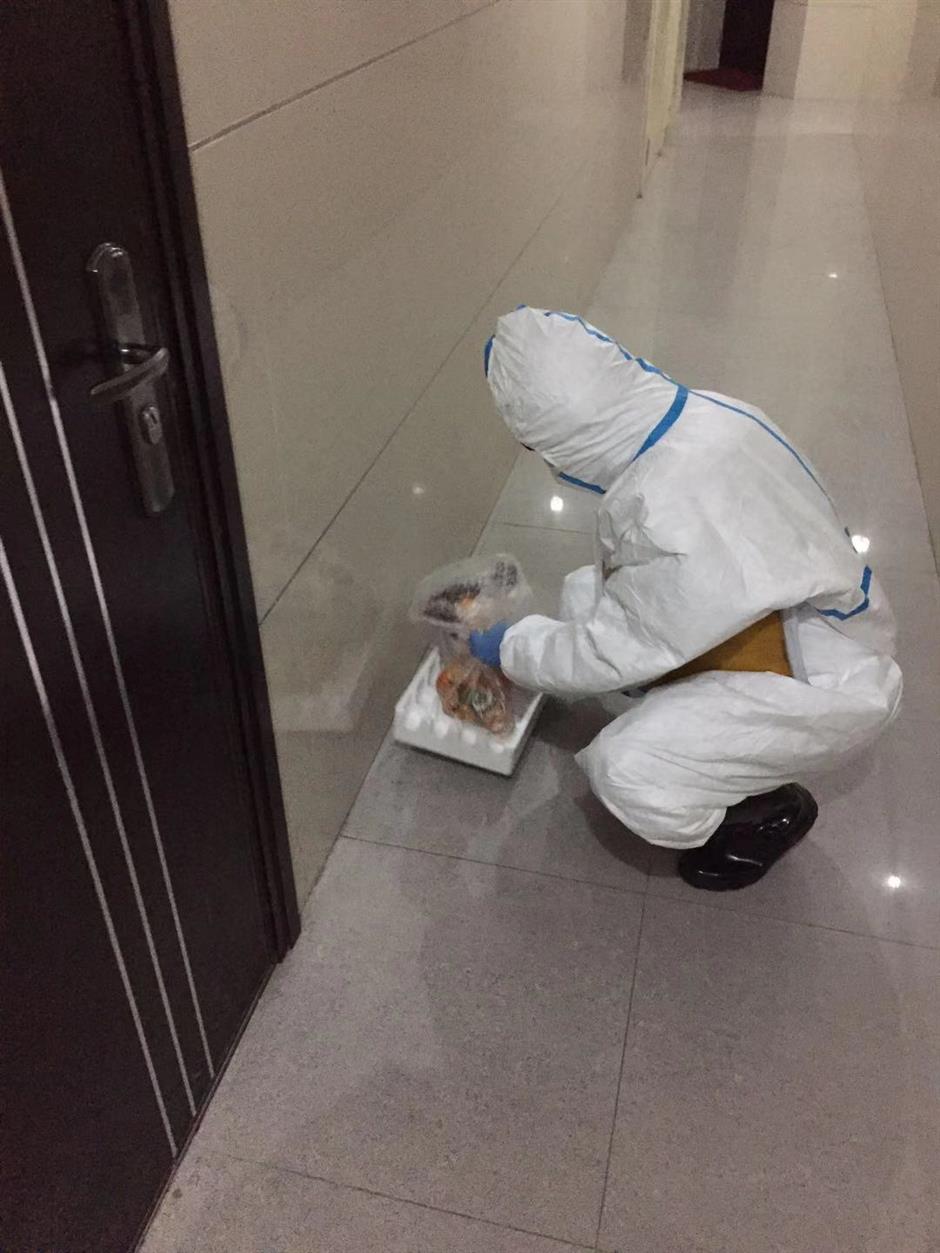 Special Reports
ADVERTISEMENT
61922
,
61924
,
A day in the life of a disinfection worker
Medics in Wuhan receive remembrances from home
Science program for teens airs on local TV
Only 1 patient confirmed with coronavirus infection
Foreign pilots join fight against outbreak
Another 3 patients discharged upon recovery
136 people discharged from isolation in Songjiang
Jewish community donates 6,000 masks to local hospital
6 more coronavirus cases confirmed in Shanghai, total hits 292
Both sides of the Huangpu River light up in support of Wuhan
EXPLORE SHINE