Metro commuters few and far between as work resumes 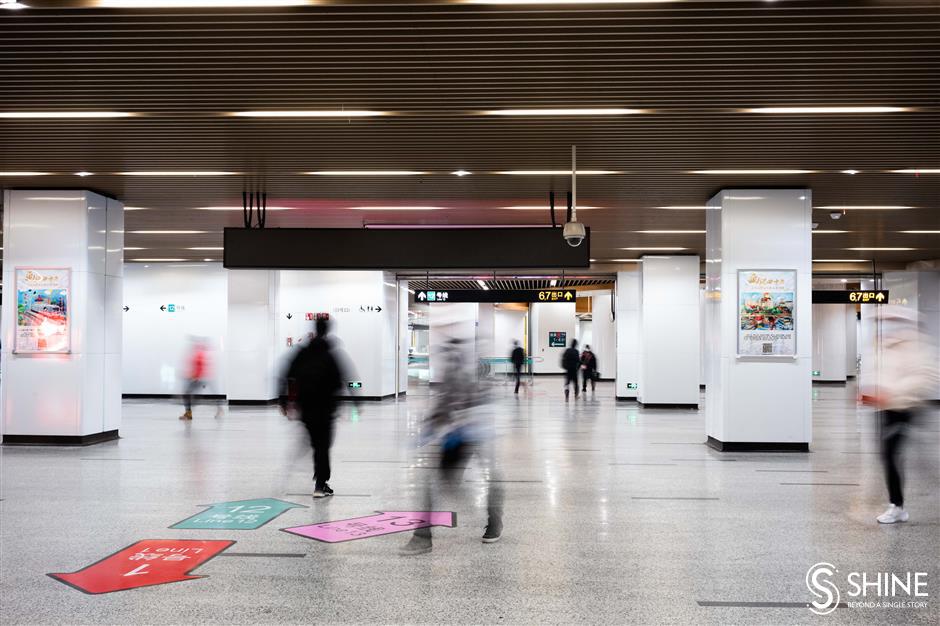 A handful of passengers walk through Hanzhong Road Station at 8am on Monday. 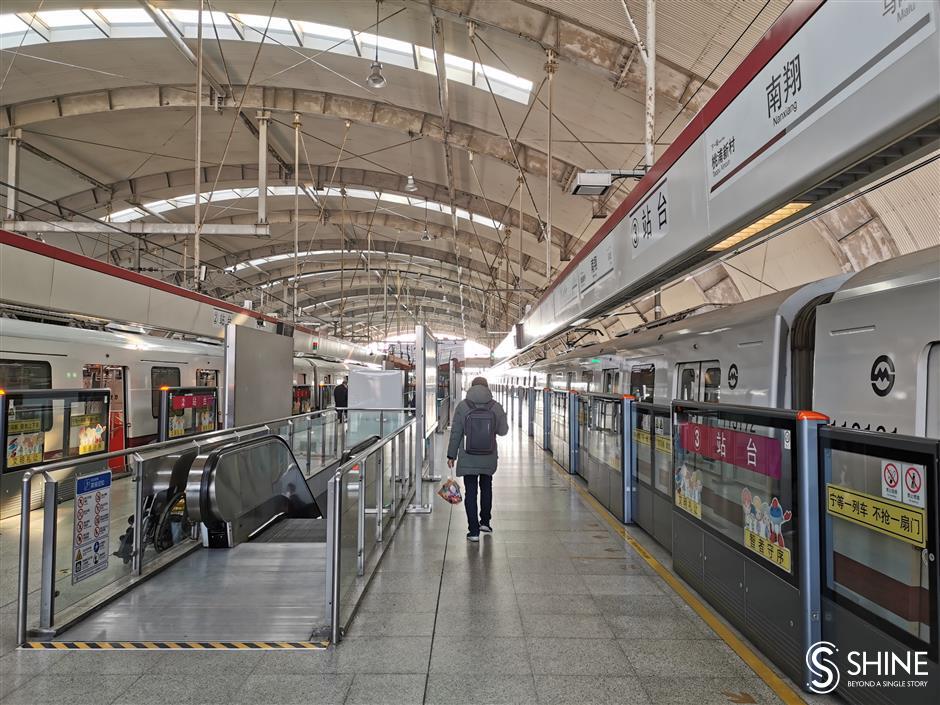 The platform of Nanxiang Station on Line 11 is mostly empty at 8:30am on Monday.

Shanghai's Metro trains had plenty of empty seats on the morning of the first day when all people are supposed to return to work.

Shanghai Metro said that the number of passengers taking its trains as of 9am on Monday was down roughly 80 percent from the workday average.

About 10 million people per day took the Metro last year, according to the company. In a contrast, during this year’s extended Chinese New Year holiday, the average number of daily Metro passengers was only about 800,000.

The Shanghai government issued a notice on Sunday encouraging companies to postpone working hours and enable employees to work from home.

At Hanzhong Road Station — an interchange station for Metro lines 1, 12 and 13 — station director Zhang Lu estimated at 8:10am on Monday that the number of passengers was only 10 percent of that during rush hour on a normal workday.

At Nanxiang Station on Line 11 in Jiading District, where trains are normally packed with morning commuters and tourists bound for the city's Disneyland resort, most carriages were largely empty of passengers.

A woman surnamed Mao who lives in Nanxiang Town and works for an electric power design company in Putuo District, took the train from the station at 8:35am. She told Shanghai Daily that she was leaving an hour later than usual, as her company now allows employees to arrive late.

“I’m not surprised to see that there are only a few Metro passengers this morning, because many companies have not yet returned to work. In my own company, some people are still under home quarantine,” she said.

A woman who lives in the Pudong New Area and works for a consulting company told Shanghai Daily that her company prohibits employees from taking public transportation, including buses, Metro trains and taxis, to work. She asked to remain anonymous.

“My colleagues who don’t have cars had to ask to work from home, but those rules are intended to keep all employees safe,” she said.

Meanwhile, the city’s streets on Monday were less crowded than a normal workday. Busy areas such as the North-South Elevated Road at Guangzhong Road and at the Inner Ring Road at Wuzhong Road experienced predictable congestion, according to Shanghai traffic police.

At Hanzhong Road Station, almost every security checkpoint has thermal imaging equipment, which can check passengers for signs of fever in real time without the use of hand-held sensors.

The devices can alert staff when a passenger has a temperature over 37.3 degrees Celsius. Staff will double-check the passenger’s temperature with a thermometer.

All passengers taking Metro trains have to wear a mask, and all station workers are provided with facial masks and hand sanitizer every day.

Shanghai Metro has stepped up disinfection to all 415 stations and over 800 trains.

Every station, including equipment in public areas such as handrails and chairs, is to be disinfected every four hours and at least four times a day. Toilets and security screening devices within stations are to be disinfected once every hour. 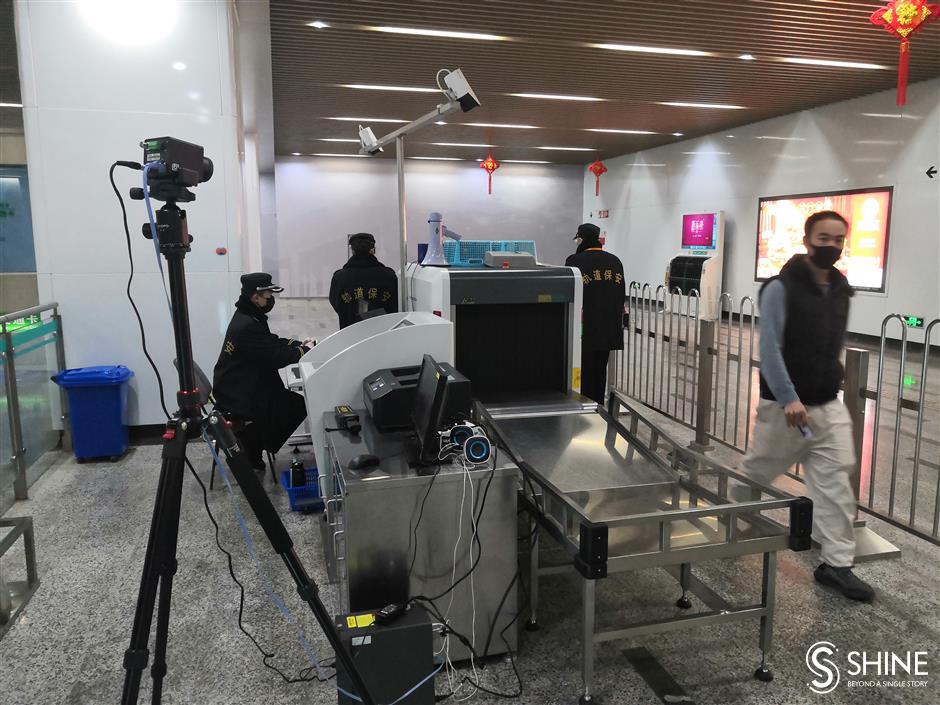