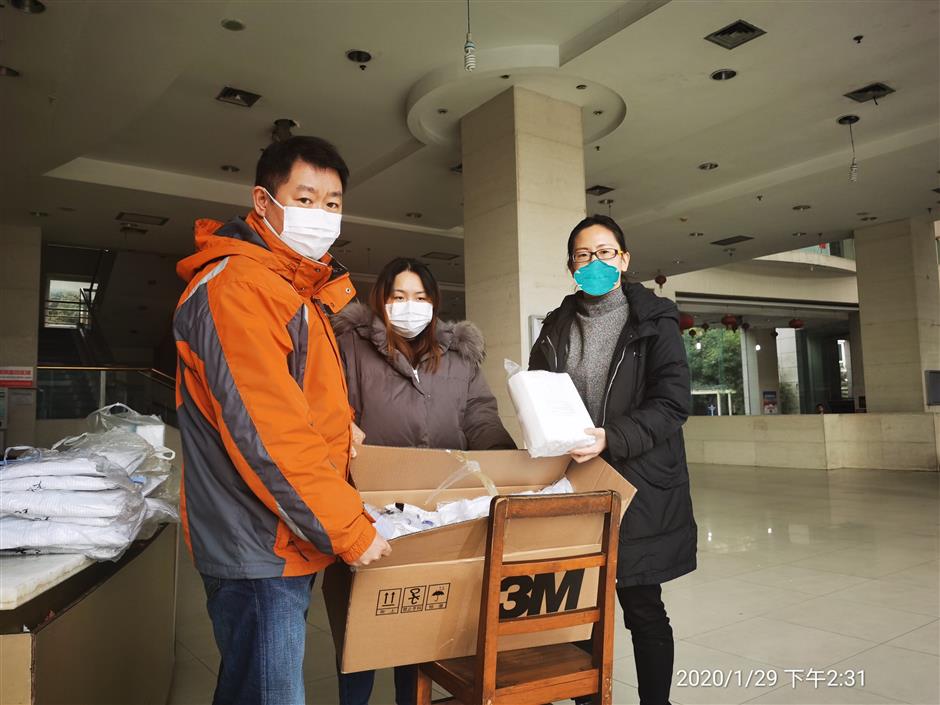 Residents of the Daning Road Subdistrict of Jing’an District are among many people who are doing their part to combat the coronavirus epidemic.

As a customs officer, it’s business as usual for Cai, who would only identify himself by surname, to spend the Spring Festival holiday with his colleagues rather than his family. But this year, he’s particularly busy.

As the novel coronavirus pneumonia spreads across the country, customs officials have enhanced epidemic monitoring and intensified quarantine controls at airports.

Cai, a resident in the Hongyu neighborhood, was among the first batch of customs officers to board landed aircraft and check whether any of the passengers were showing signs of infection.

They worked day and night to keep the city gateways safe, and a nap in a chair became a luxury for them. Once, Cai even worked for 24 hours. He often gets sweaty in protective outfit and face mask.

Wu Jun, also from the Hongyu neighborhood, is a doctor at the Changzheng Hospital. He didn’t hesitate when he learnt that local medical workers were called to support Wuhan, the hardest-hit area. Now, he’s working on the frontline at the Hankou Hospital in Wuhan.

While some are busy at work on the frontline, others are showing their care by making donations.

“I wanted to make some contributions to Wuhan but I don’t know how,” she said.

With the help of committee officials, she donated 10,000 yuan (US$1,442) to the Jing’an branch of the Shanghai Charity Foundation.

"It’s no big deal,” she said. “I believe in the government that we will get over it soon.”

“I heard that masks are badly needed, and thus I brought some to the frontline grassroots officials,” she said. “I hope they can stay healthy when serving residents.”

According to the committee officials, residents have donated hundreds of face masks and disinfection products to them.

Now, several families are isolated and quarantined at home.

Zhang Qinfen, head of the neighborhood committee, remembered once being called up at midnight.

It was on January 27 when a woman, who was isolated at home, reported that her baby, one and a half years old, was unwell with an upset stomach. She hoped to send her baby to hospital.

Considering that the child might be cross-infected, local officials, community hospital and the district’s health authority found a pediatric expert to do a telephone consultation. The baby quickly recovered thanks to instructions from the doctor.