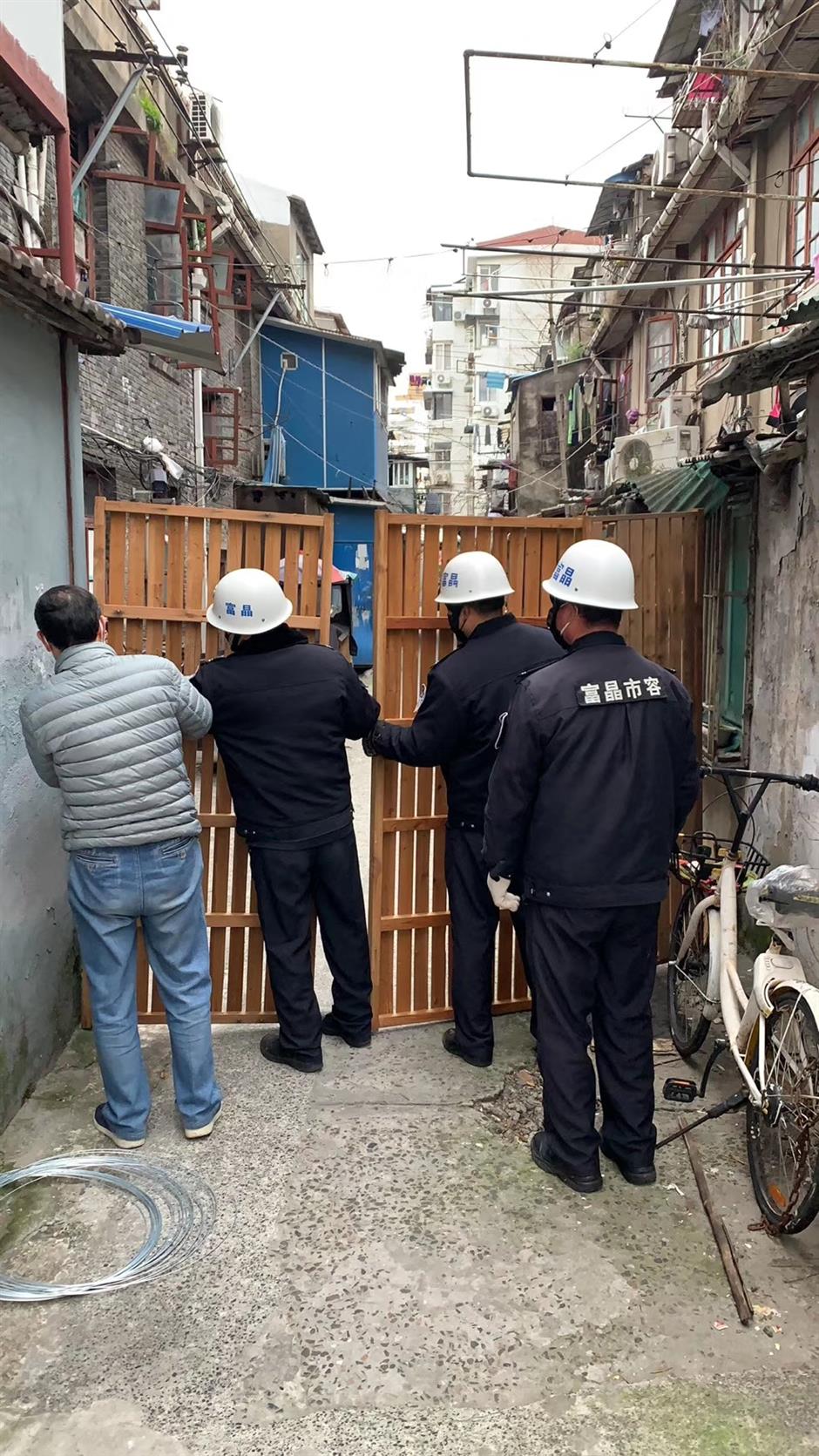 The bed bases are fixed in place.

In a dilapidated neighborhood in Jing’an District, abandoned bed bases have been used to form barricades.

Lanes 155 and 157, Tanjiaqiao Road, were built in the late 1950s. As the only “open” neighborhood in the Gonghexin Road Subdistrict, it has no gates or guards. The narrow alleyways leading to the main roads are free for people, bikes and mopeds to pass through.

During the epidemic, it is of vital importance to keep an eye on neighborhood entrances, but how?

Cui Ping, Party secretary of Tanjiaqiao, noticed piles of abandoned bed bases in the neighborhood and came up with the idea of using them as barricades.

Residents have answered to her call. Two migrant workers, who run a moving company, donated bases stored at their warehouse. Within two days, Cui had collected more than 20.

Neighborhood officials and residents worked together to set up the barriers, blocking nine access routes in a day.

Ma Guojun was a village Party secretary in his hometown. Good at handiwork, he volunteered to help build the barricades using wire, pipes and other abandoned things he found in the neighborhood.

Two other access routes were not blocked, but neighborhood officials have put up tents as temporary security guard kiosks where they take the temperatures of people and register visitors.

To provide shelter for officials at night, local resident Feng Suzhen gave up part of her cramped living quarters. It has greatly affected her life but she does not care.

“I think we all need to make our contribution,” she said.

Tanjiaqiao is popular with migrant workers. About 60 percent of the local population are tenants, and about 200 of them left Shanghai for the Spring Festival. Local neighborhood committee officials have contacted every one of them.

Currently, 90 percent of the tenants have returned, and all have registered their personal information, including their whereabouts while they were away. 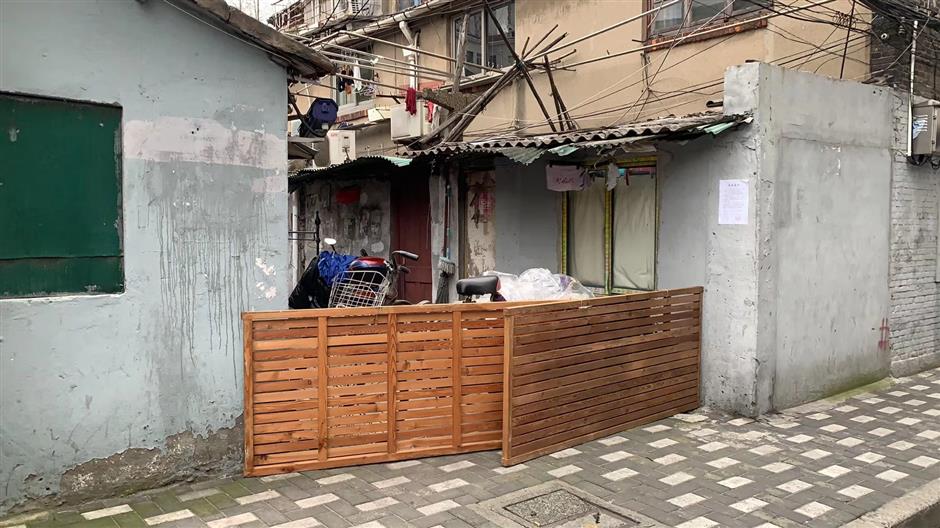 The temporary barricade is simple and effective.