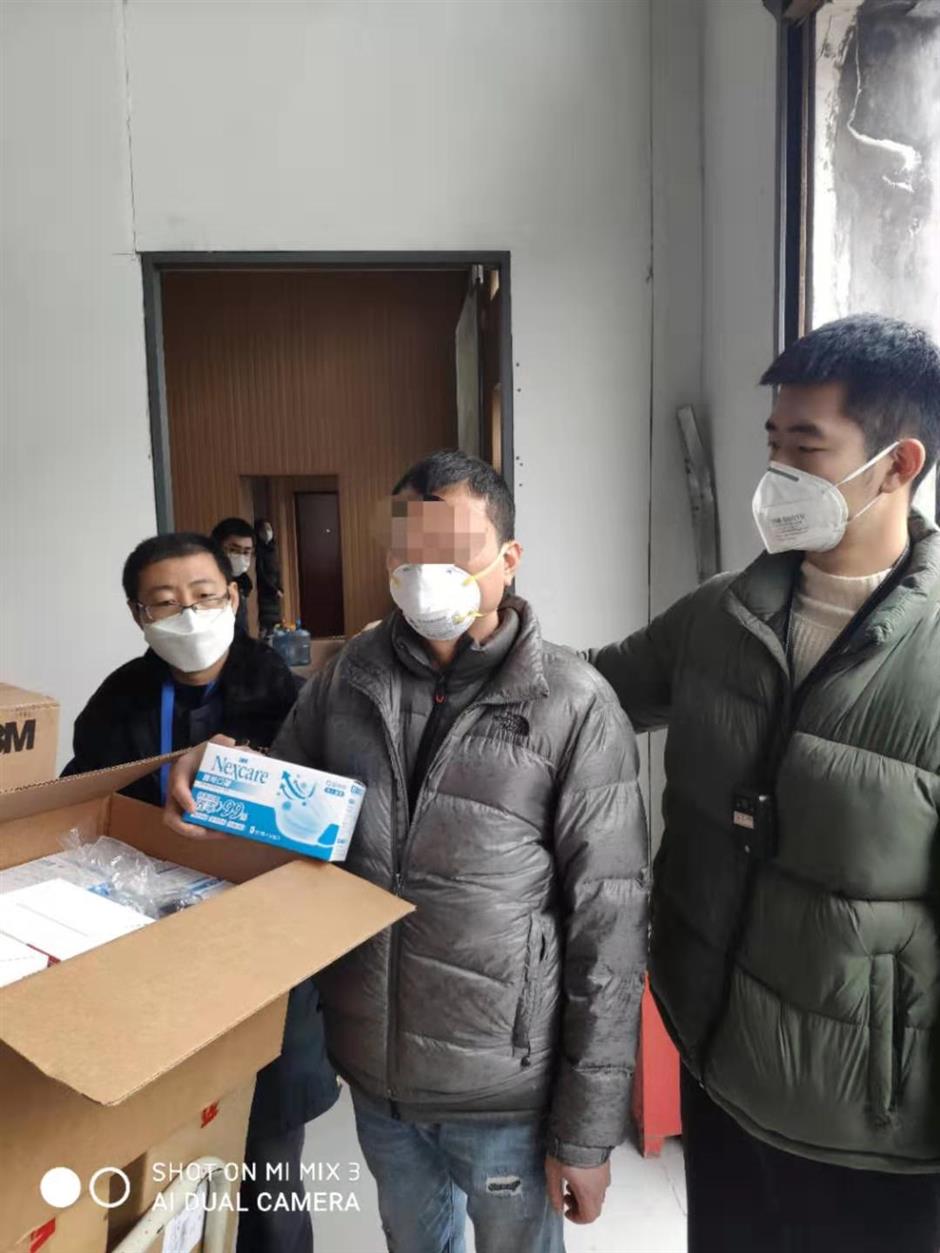 A suspect with masks said to be two years beyond their expiry date.

During an inspection on January 30, market officials in Huangpu District found that a shop on Yunnan Road S. was selling 3M masks that appeared to be two years beyond their expiry date.

The district police joined the investigation and caught five suspects on Monday, while the sixth was caught the next day with 3,204 expired 3M masks discovered during the raid.