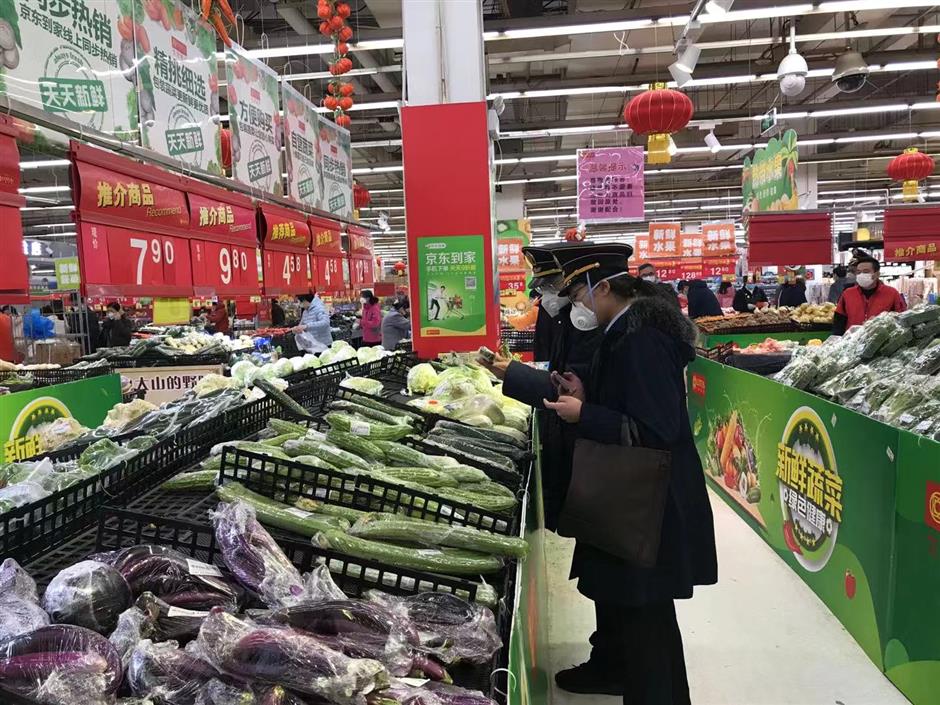 An outlet of Lotus in the Pudong New Area is being investigated for price gouging, Shanghai's market watchdog said on Thursday as it exposed 10 typical violations amid the novel coronavirus pneumonia outbreak.

An outlet of City Shop at MTR City Plaza in Putuo District is being investigated after inspectors found that the prices of products such as a laundry detergent sold at the supermarket were not marked, which was also against regulations, the administration said. 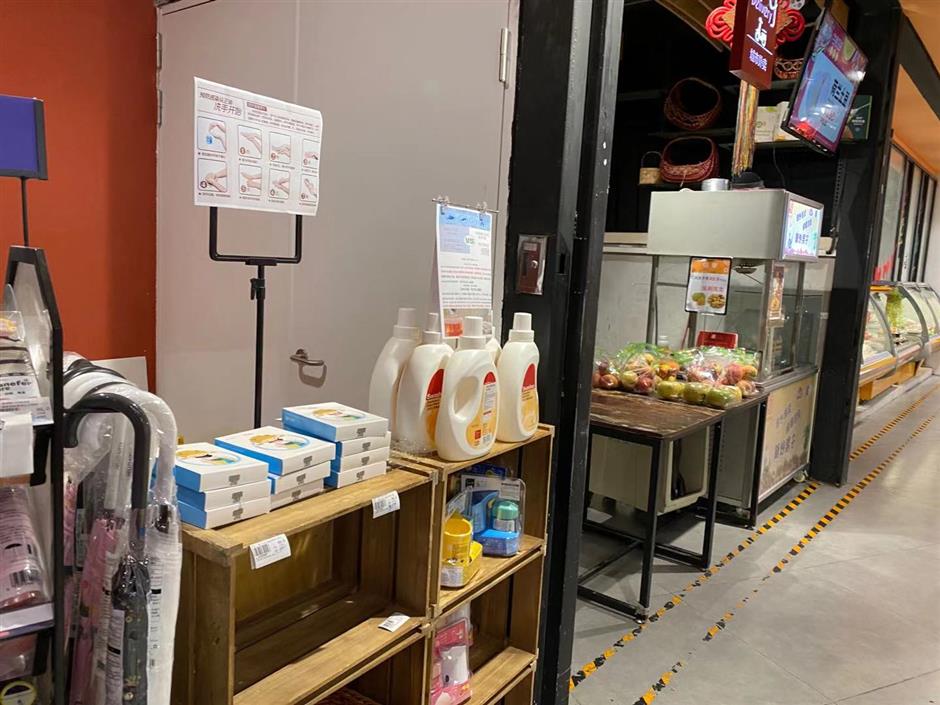 The prices of products such as laundry detergent sold at the City Shop outlet at MTR City Plaza are missing.

Shanghai Ruiyun International Trade (Shanghai) Co Ltd in Pudong is being investigated for combined sales of N95 masks with other commodities such as fruits, noodles and red envelopes online, which pushed up the prices of protective items against the coronavirus and represents gouging, the administration exposed.

Shanghai Zhiyong Co Ltd in Minhang District was exposed for fabricating the manufacturing company of disinfectants, and producing and selling laundry detergents which infringed registered trademarks.

In total, 300 barrels of disinfectants and 446 barrels of laundry detergents were found at the scene.

The commodities have been seized by the district market watchdog and the case has been handed to police, the administration said. 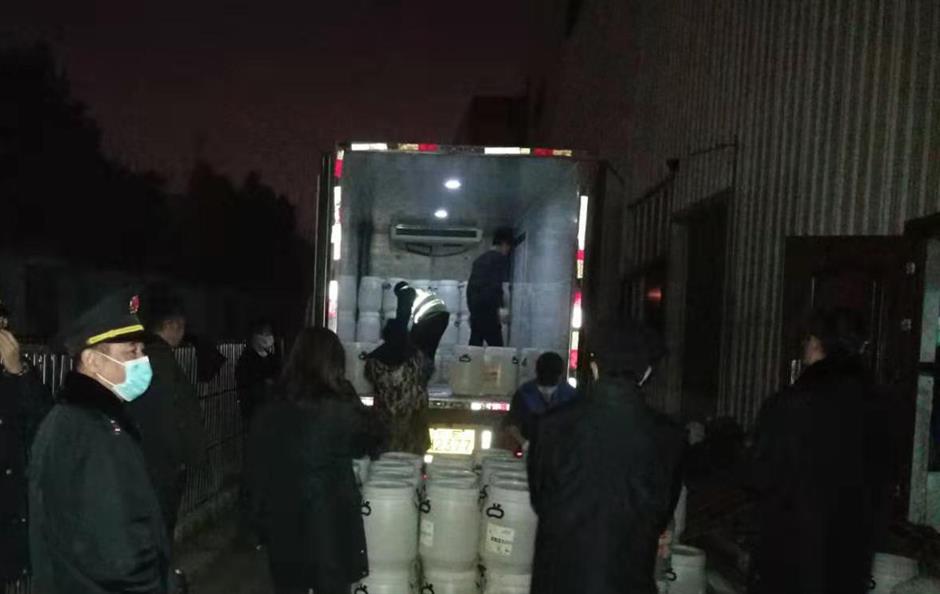