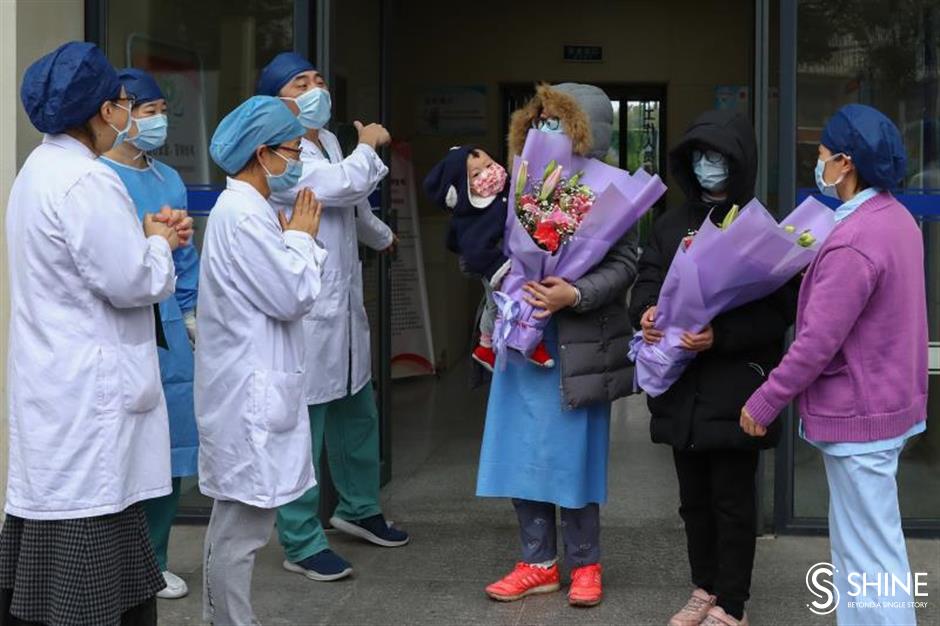 A 10-year-old girl and 14-month-old baby infected with the coronavirus were discharged from Fudan University Children’s Hospital on Saturday morning.

A total of 34 coronavirus patients, including two children, were discharged upon recovery in Shanghai on Saturday, said the Shanghai Health Commission.

So far, 124 people in the city have been released from hospital.  Eight people who were discharged on Saturday expressed their willingness to donate their blood which carries antibodies to the virus for patient treatment.

According to the commission, doctors have widely adopted the use of traditional Chinese medicine. About 92 percent of patients have taken TCM and over 63 percent have taken herbal soup. 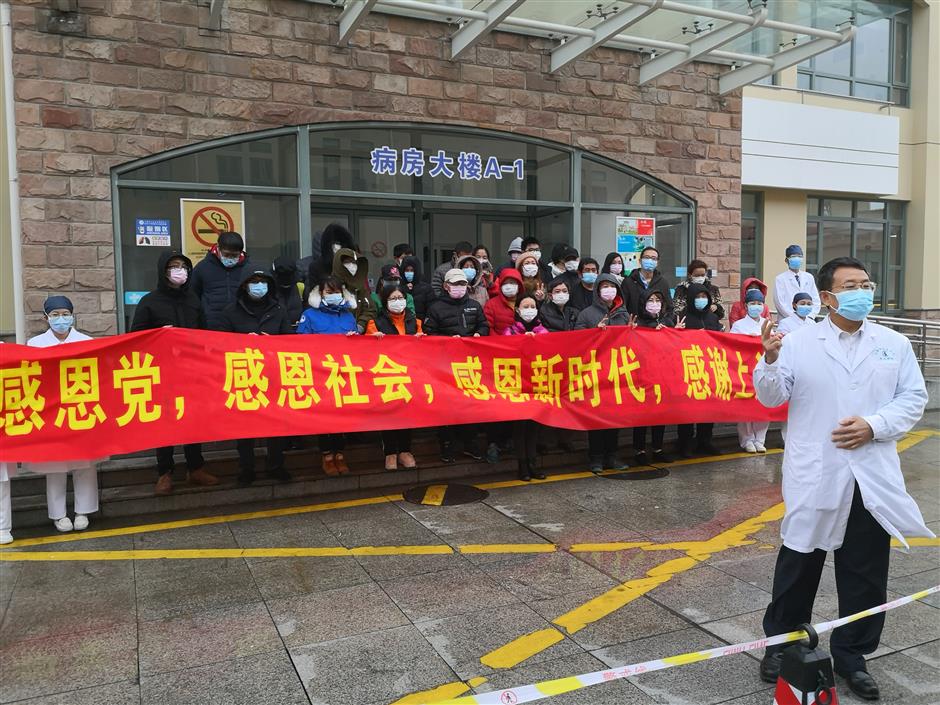 A total of 32 patients were discharged from Shanghai Public Health Clinical Center, a designated hospital, on Saturday morning.

Two girls were discharged from the Children’s Hospital of Fudan University after recovering.

One, aged 10, came to Shanghai from Wuhan to visit relatives at the end of January and was confirmed with coronavirus after going to hospital for fever and sore throat.

The other 14-month-old baby from Shanghai caught virus after visiting her grandma in Shaoxing, Zhejiang Province, with her family last month. Her father showed symptoms first, with her mother and grandmother also confirmed infected. All of them were sent to designated hospitals for quarantined treatment.

After being treated with attentive care and child-friendly medicines, both children recovered quickly and reached the standard for discharge, with two nucleic acid tests negative.

“All of the infected children are given motherly care as we view them as our own babies,” said Xu Hong, an official from the hospital.

As of Friday, the children’s hospital has received 10 infected children, aged from 7 months to 11 years old, half boys and half girls. Most of them show only mild symptoms of infection, six have pneumonia.

No new infections were reported in Shanghai on Saturday morning, but another 36 suspected cases were ruled out, Shanghai Health Commission announced at a press conference on Saturday afternoon.

As of noon on Saturday, Shanghai has reported 320 cases, with the patients aged between 7 months and 88 years old, and cleared 1,622 suspected cases.

The commission said 184 of the patients are in stable condition, four are in serious condition and 13 are critical. There has been one fatality. Another 145 suspected cases are undergoing tests.

Among all the patients, 77 are from Wuhan, capital of Hubei Province, 23 from other Hubei cities, three from Jiangsu Province, two from Anhui Province, and one each from Heilongjiang, Hunan, Shaanxi and Gansu provinces.

Zheng Jin, spokeswoman of the commission, said among the eight patients diagnosed on Friday were seven from Wuhan, and are family members of a patient diagnosed on Thursday.

The family arrived in Shanghai on January 23. They first stayed in a hotel before they were put into quarantine. They  showed no symptoms until February 12.

The rest member of the family is still in quarantine.

Zheng also revealed the the whereabouts of the cases confirmed on Friday. Some are in Baoshan District: residential compound Meiluo Jiayuan Nianjiyuan, the Luodian outlet of Century Mart, the Meilanhu Branch of the 2358 Store, the JD convenient store on Meidan Road. Another two places are Holiday Inn Express in Tangzhen Town of the Pudong New Area and residential compound Hongrun International Garden in Xuhui District.

All the places have been informed for disinfection and all close contacts have been put in quarantine for observation.