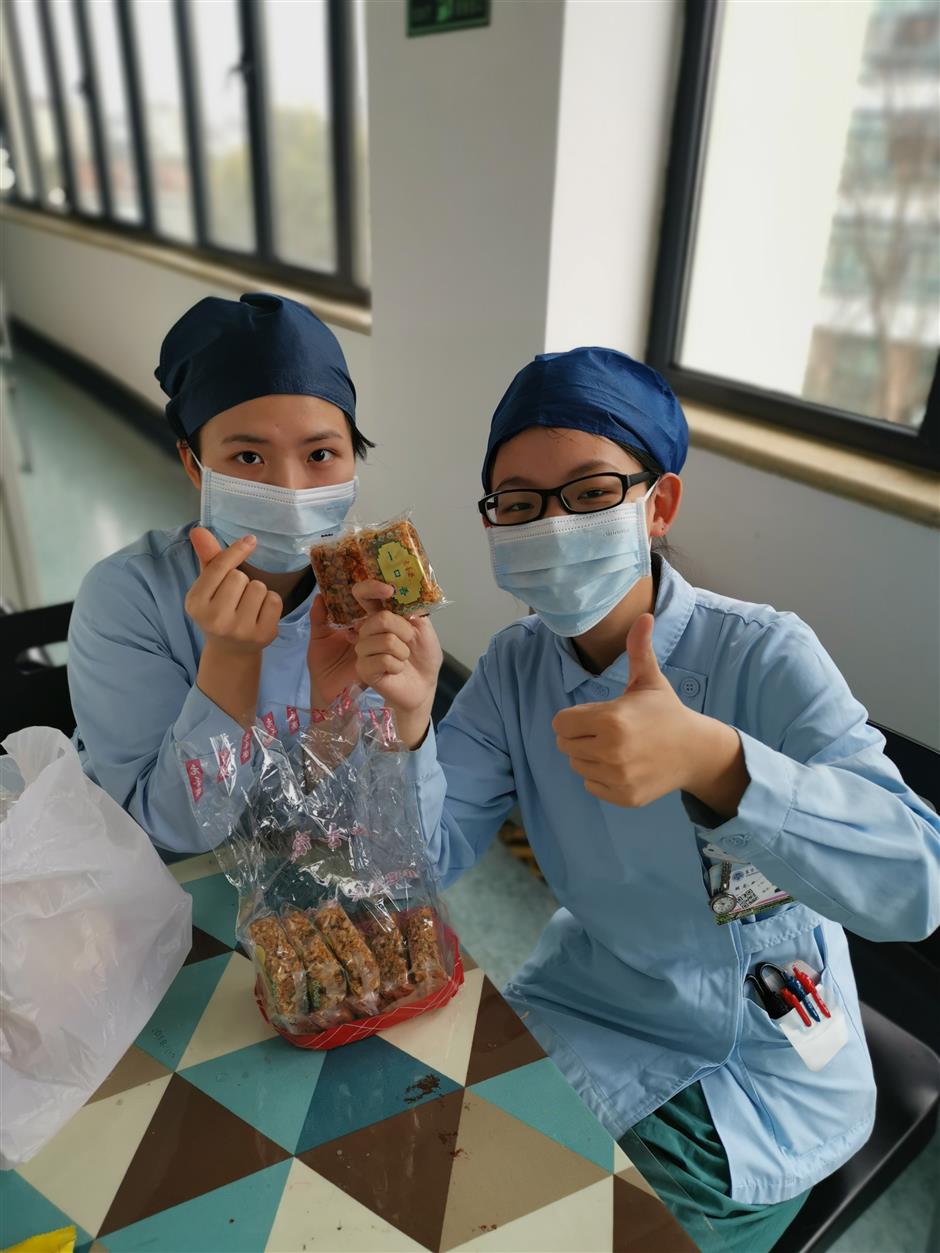 Working on the frontline, the city’s female medical workers can’t spare time to celebrate Valentine’s Day. To offer some sweetness, Shanghai Women’s Federation has sent chocolates and sweets to them.

According to the federation, women who are conferred the title of "Shanghai March 8th Red-Banner Pacesetters,” the highest honor for local career women, have made big contributions to the anti-virus campaign. Some have initiated public donations.

They have collected and donated hundreds of boxes of urgently-needed resources for women including disposable underwear and sanitary pads to the city’s female medical workers sent to Wuhan, the hardest-hit place.

Of them, Chen Yan, chief strategy officer of Focus Media, has decided to broadcast public service advertising on about 700,000 big LED screens across the nation for more than two weeks as to spread information about the virus. The costs is estimated to run to 450 million yuan (US$65 million).

Some have been working hard on the frontline, such as Zeng Mei, who leads the infectious diseases department at the Children’s Hospital of Fudan University

“We are medical workers, and we are also temporary mothers of the little patients,” she said. “Every child has different needs. We have to learn their needs in a short time.”

The youngest one in the isolated ward was just seven months old. Zeng and her colleagues, in turn, fed him with milk, changed his diapers, hugged him and sat with him to make him feel like being with his mother.

“I never regret becoming a doctor,” Zeng said. “We have a big responsibility. We can’t miss one suspected case, neither can make overdiagnosis and overtreatment, which wastes resources and causes panic.”

Zhu Hongkui, ex-serving woman, has been working on the frontline to ensure the safety of the China International Import Expo for two years as the director of the police station of the National Exhibition and Convention Center in Qingpu District.

Now, she works at the Putuo District Public Security Bureau. Amid the epidemic, she worked with grassroots police officers in communities.

She has set up a team of volunteers to help package disinfectant in a factory. When she finishes work, she goes to the factory, and every day she can package 300 boxes of disinfectant, each weighing 20 kilograms.