Safeguarding the entry and exit to Shanghai 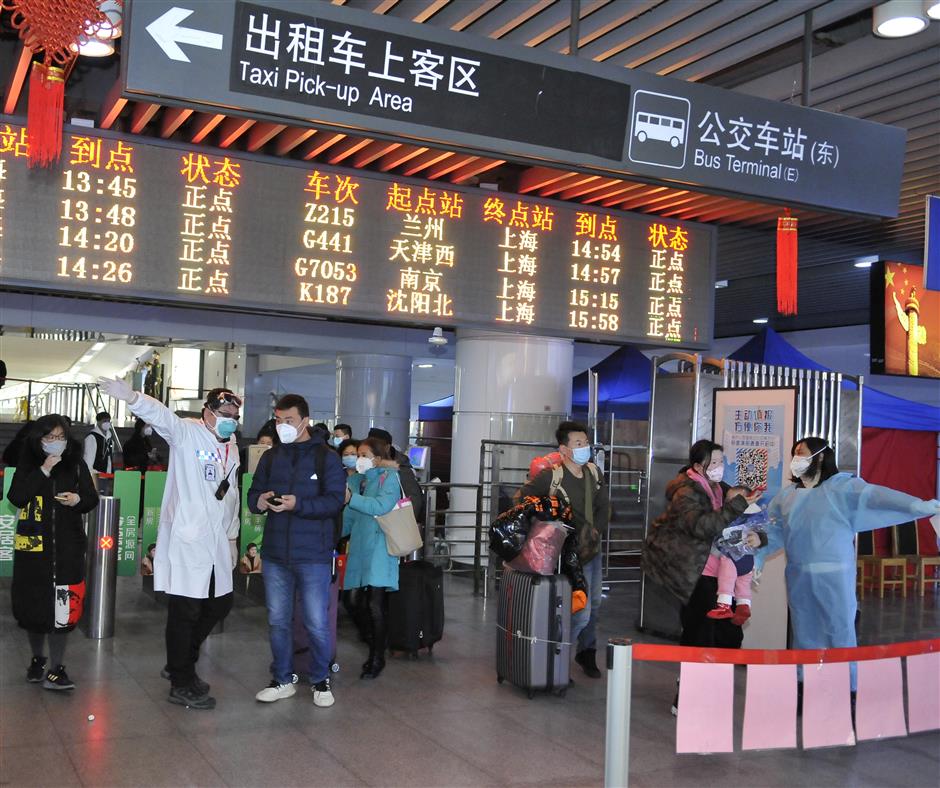 Hundreds of volunteers, police and health officials in Jing’an have been sent to the Shanghai Railway Station to ensure everyone entering Jing’an is healthy.

The city government has strengthened monitoring of those entering Shanghai by taking the body temperature of all arrivals and registering them on a health app that tracks potential coronavirus patients.

Anyone suspected of infection is directly sent to hospitals or isolation sites for observation.

Nearly 400 volunteers have been sent to the three exits of the railway station to help people arriving in Shanghai scan a QR code and fill out a form registering their personal information and whether they have been to the city of Wuhan or the province of Hubei.

People who have reported their information need to show the verification message to railway officers to exit the station. Their information is relayed to local residential communities where their health will be further monitored.

Police are on duty at the three exits of the station 24 hours a day. They help healthy passengers connect with the Metro or buses, according to Xue Yanqing, a police officer at the railway station’s police office.

Inspection tents have been erected at the railways exits where medical workers from the Shanghai No. 4 Rehabilitation Hospital and four community clinics are on hand around the clock to measure body temperatures.

Those who show fever are sent to the district’s designated fever clinic at the Zhabei Central Hospital, according to Zhong Ling, deputy director of the district’s health commission.

Between January 31 and February 11, nearly 430,000 passengers have had their body temperatures taken, with 38 sent to hospital. 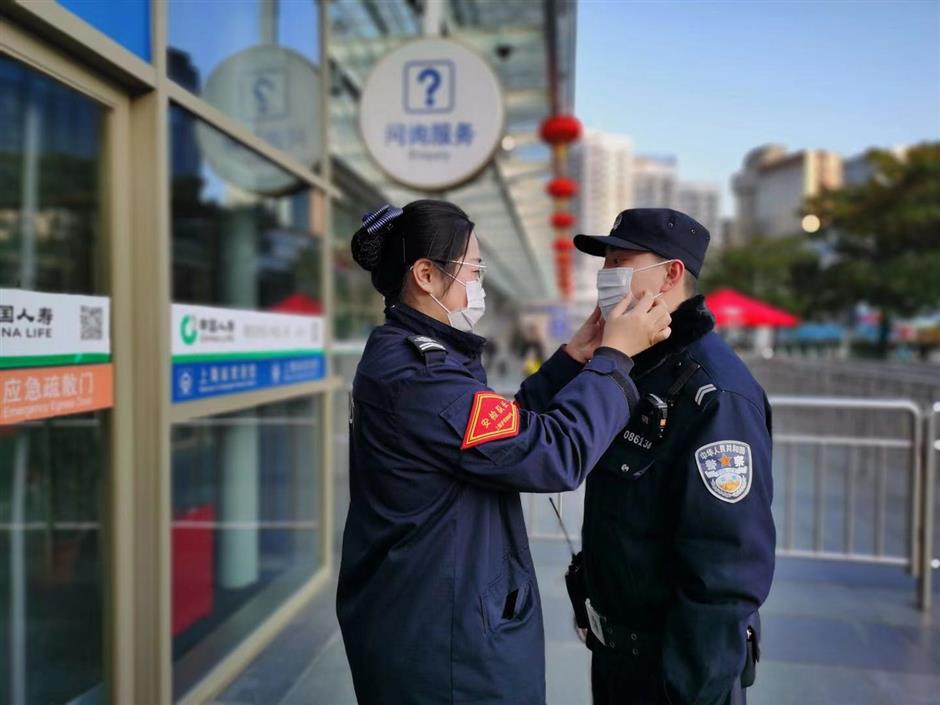 Yu Qian (left) reminds her husband Chen Cheng to stay safe every day before they leave for work at Shanghai Railway Station. 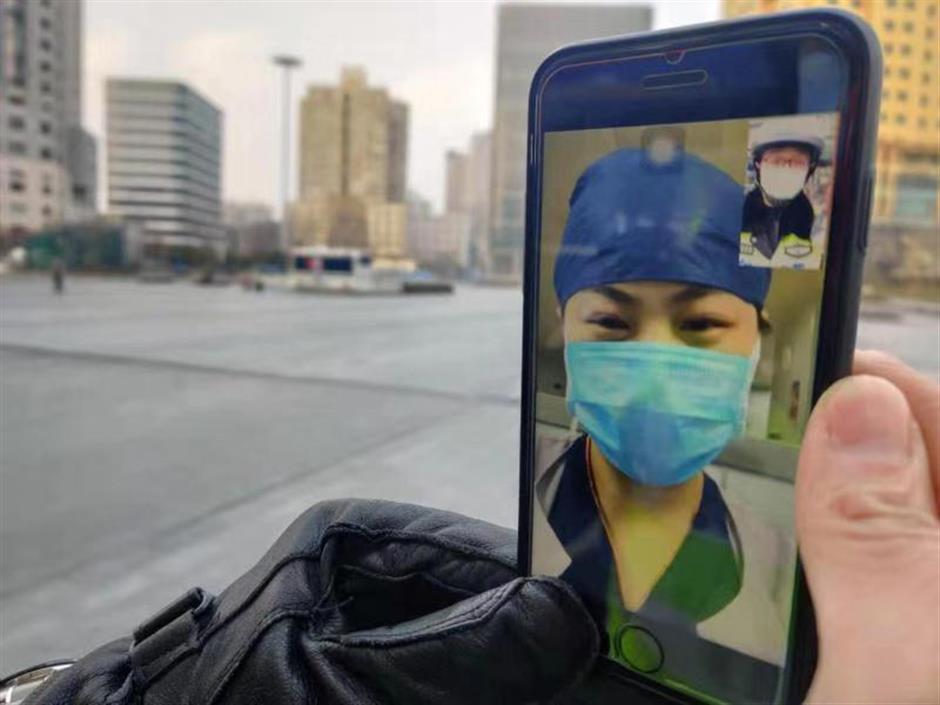 Police officer Li Jiawei has a video chat with his wife Qin Luye, a nurse at Shanghai Children’s Hospital, during a brief break from duty.

Police and volunteers have made heroic efforts to ensure that Shanghai Railway Station is a bridgehead in the fight against the novel coronavirus.

Yu Ting, a worker from the railway station’s management committee, began monitoring passengers returning from key infected areas on Lunar New Year’s Eve, when protective gear was in short supply. All she had to protect herself was a mask.

After two suspected cases were confirmed, she bundled her husband and two children off to her parents’ home and isolated herself at home.

Urban management official Zhao Binglei said every team has someone who is fluent in English to help foreigners arriving at the station.

“We need to work for long hours,” Zhao said. “One of my colleagues got a nosebleed after wearing a mask for long hours. He wasn’t even aware of it. Instead, he thought it was just his sweat.”

Volunteer Zhang Mingyu, from the district’s human resources bureau, lives in Jiading District in Shanghai’s suburb. One night, after completing work around midnight, he could find no public transport to get home, so his family had to come and fetch him.

Chen Cheng and Yu Qian are newlyweds who both work for the security inspection team of the Shanghai Railway Station police station. They rarely have time to see each other at work. Chen’s job is to patrol around and guide passengers to exits. Yu is responsible for security inspection in the accesses at the station.

“You must wear the mask the right way and take care of yourself,” Yu tells Chen every day before they go to work.

Local police officer Li Jiawei’s wife Qin Luye is a nurse at the Shanghai Children’s Hospital. Both are working on the frontline of the anti-virus campaign. They had no choice but to send their 5-year-old daughter to be taken care of by Li’s mother.

During  breaks, Li tried to have a short video call with his wife.

“When I’m stressed out, I will call her,” he said. “Sometimes we just need to encourage each other, but many times, either of us is too busy to pick up the call.”