The Shanghai government has promised to host the final of a popular eSports competition in the latter half of the year as it encourages more online, instead of offline, competitions amid the COVID-19 scare.

Cultural and entertainment industries were among the worst-hit after the outbreak of the novel coronavirus. The city’s eSports fans were worried that Shanghai may drop its plans to host the finals of the 10th season of League of Legends World Championship – known as S10 – a globally popular competition.

“Shanghai will stick to its plan and do its best to host the final of the League of Legends World Championship S10,” Wang Yayuan, deputy minister of the publicity department of the Party's Shanghai committee, said at a press conference on Wednesday. “We are also planning to introduce another batch of high-level eSports international competitions in Shanghai.”

A specific date for the S10 has yet to be announced.

Wang said the city's promise showed its determination to become the national and international eSports capital. Shanghai boasts over 80 percent of China’s eSports enterprises and clubs. Over 40 percent of the country’s eSports competitions are held in Shanghai.

“Due to the virus, over 400 eSports competitions have been canceled in Shanghai. But we are not holding ourselves back to become the eSports capital,” Wang said.

He said online competitions would be encouraged instead of offline events under the current circumstances. Some of the city’s major competition organizers and eSports enterprises will also receive government subsidies. The authority will also speed up the application and censorship procedures of eSports-related publications and productions to support the growth of the industry.

The news of Shanghai agreeing to host the S10 event was well-received among the fans with almost 78 million clicks on the Chinese social communication platform Weibo.

“Thank Shanghai government for their support and we look forward to the 2020 world final!” one of China’s top eSports clubs, IG, wrote in its posting. According to club vice president Liu Ming, the team members have been training hard and preparing for the competition at their base in Shanghai. The club has followed all virus-preventing measures including having those entering Shanghai from other provinces quarantined. 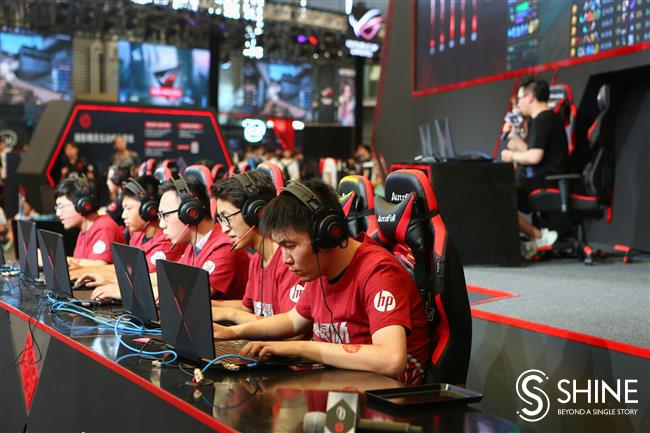 Shanghai has gathered over 80 percent of China’s eSports enterprises and clubs, hosting over 40 percent of the country’s eSports competitions.

Chinese teams won the previous two finals of the League of Legends World Championship which were held in South Korea and France respectively. Chinese eSports fans are holding great expectation towards the 2020 version to be staged on the homeland.

The final of another popular eSports competition The International, a world championship in the multiplayer battle game Dota 2, was held in Shanghai last August. More than 600,000 people watched captivated online and thousands packed the Mercedes-Benz Arena in Pudong for the competition.

Shanghai has taken solid steps towards its goal of becoming an eSports capital by increasing the number of venues and facilities and introducing preferential policies for eSports developers and companies since years ago. Some universities and colleges have launched eSports-related majors.

According to Newzoo, a games and eSports analytics and market research organization, China will be the world’s largest market for eSports in 2020 with some 163 million eSports competition followers.