Robots and drones on the virus frontline

He Zhengdao sent out the last batch of disinfection robots in stock to virus-hit areas. Then he called engineers to a meeting to discuss upgrading robots for use in preventing the spread of COVID-19.

The high-tech industry, particularly in robotics, the cloud and 5G, has been a key force in China’s efforts in fighting the novel coronavirus.

Like He, founder of Shanghai-based DG intelligence, many in the industry have been working overtime since the epidemic broke, wondering how they could contribute to the battle and, later, how the epidemic might affect their companies.

“This emergent scenario of the virus outbreak created new demands for contactless initiatives where our drones and robots can be quickly revised and applied,” He told Shanghai Daily, adding that the company had been revising its models for the outbreak regardless of cost.

“We have also had many discussions about the outbreak’s impact on the industry. Though we have not reached a conclusion, it is certain such emergent demands may well change what many thought about automated devices and turn into long-term demands.” 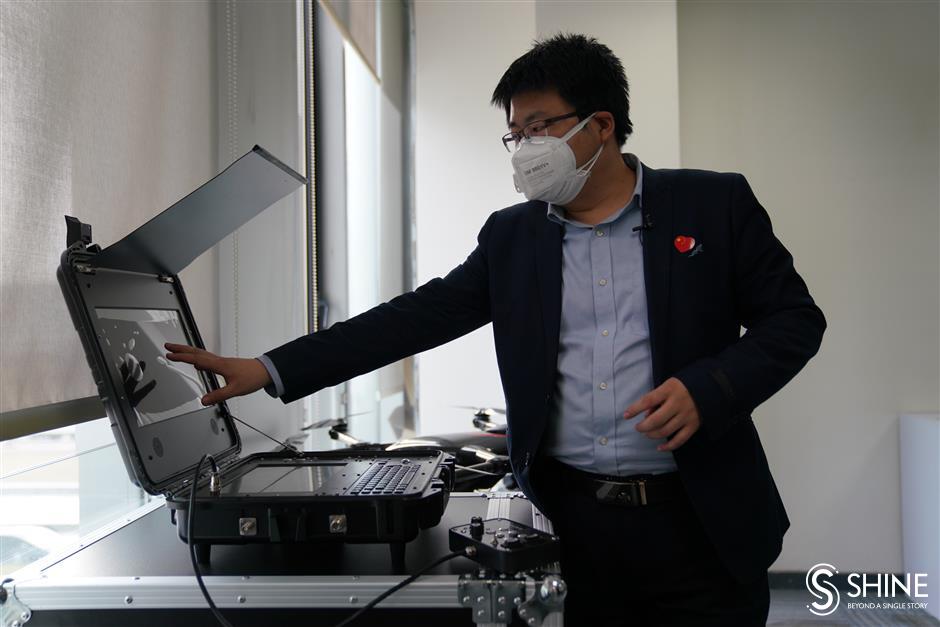 He Zhengdao, founder of Shanghai-based DG Intelligence, has been sending his robots and drones across the country for use in the coronavirus battle.

A video that went viral and prompted rare laughter amid the worst period of the outbreak was a drone asking a granny in a Chinese village not to wander the roads without a mask.

Drones and robots are being used across the country, especially in remote mountainous areas where households are scattered and roads difficult to walk or drive on.

Millions around the country have quickly downloaded apps for online meetings or classes as the government extended the holiday and closed schools to prevent mass gatherings.

A health code system has been developed to assess individual travel history and health statistics to help identify those who need to be quarantined.

Robots are being deployed to areas hardest hit by the virus to reduce the risk of human contact in the ongoing battle.

Robots have also been developed to feed medical staff, help in diagnosis, safeguard resumption of production and deliver medical equipment in hard-hit areas where contactless initiatives help prevent the virus from spreading.

“In the last two to three years, automated devices like drones or robots have been widely applied to civil services or various industries, but there are still many concerns at the user’s end. Will it reduce jobs? Is it really safe? Is it really more efficient than the old ways?” said Charles Lim, a Shanghai-based investor specializing in the high-tech industry.

“Now, every Chinese has seen them applied in real time, first at the epicenter of Wuhan with a shortage in medical staff and other workers, later across the country. With all the successful examples in this virus outbreak, many will realize such devices are necessary substitutes in dangerous situations and help humans to be more effective in other cases.”

He said China had been quick in developing these industries in the past few years, but now is expected to be even faster.

“You can see all these supportive or fast-track policies released in the last few weeks. We have good reason to expect it to continue even after the crisis ends.” 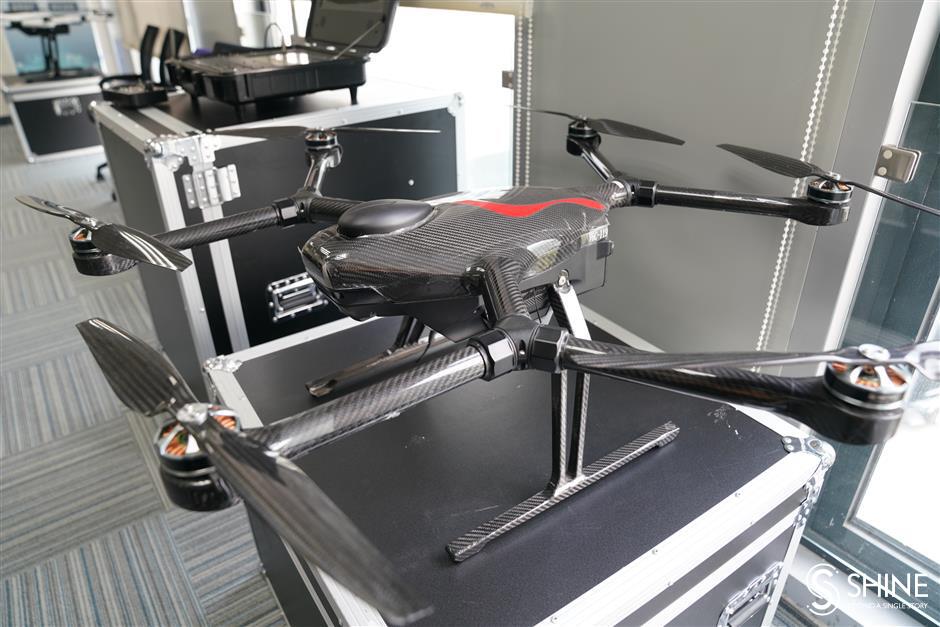 Drones are being used across the country, especially in remote mountainous areas where households are scattered and roads difficult to walk or drive on.

One reason DG’s founder He could quickly deliver his drones and robots was that they were initially designed for scenarios too dangerous or mundane for humans, such as firefighting, explosions, inspection of vast oil fields, and diagnosis of oil pipes. They have also been designed to multitask with cameras, equipment and speakers easily attached.

“The virus outbreak is essentially blocking physical contact and communications, where our devices are a natural fit,” He said.

“For example, it used to take three or four people in a car to inspect a gas field. With a drone, it is 20 times as efficient as the old ways, and also eliminates the chance of them catching a virus in an enclosed space.”

He added: “The devices needed most from us this time, such as disinfection robots, are actually quite simple in terms of technology. There is so much potential about what these devices can do in the future.”