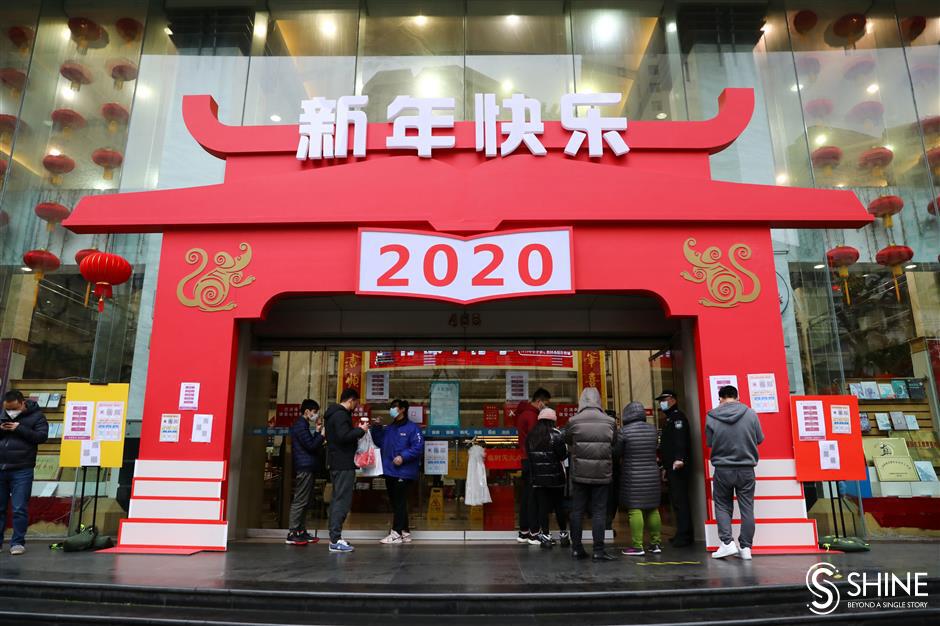 Shanghai Book City, the largest bookstore on Fuzhou Road, has resumed business with all customers asked to wear mask, have a temperature check, wash their hands and show a QR code which proves they are healthy.

Customers should also keep one meter from one another.

On Sunday afternoon, the bookstore, which is usually crowded, seemed a bit empty with only a few customers on each floor.

Outside, a bulletin board has information on conditions for entry and several people were seen using their cellphones to get the QR code.

On the ground floor, there is a shelf devoted to books on epidemic prevention and control, including some on mental health.

Currently, more than 2,000 physical bookstores in Shanghai are open. The Shanghai Books and Periodicals Distribution Association issued a guideline for the bookstores resuming business.

Bookshops like Sinan Books and Duoyun Bookstore take necessary steps like having the customers make appointments to get into the store. 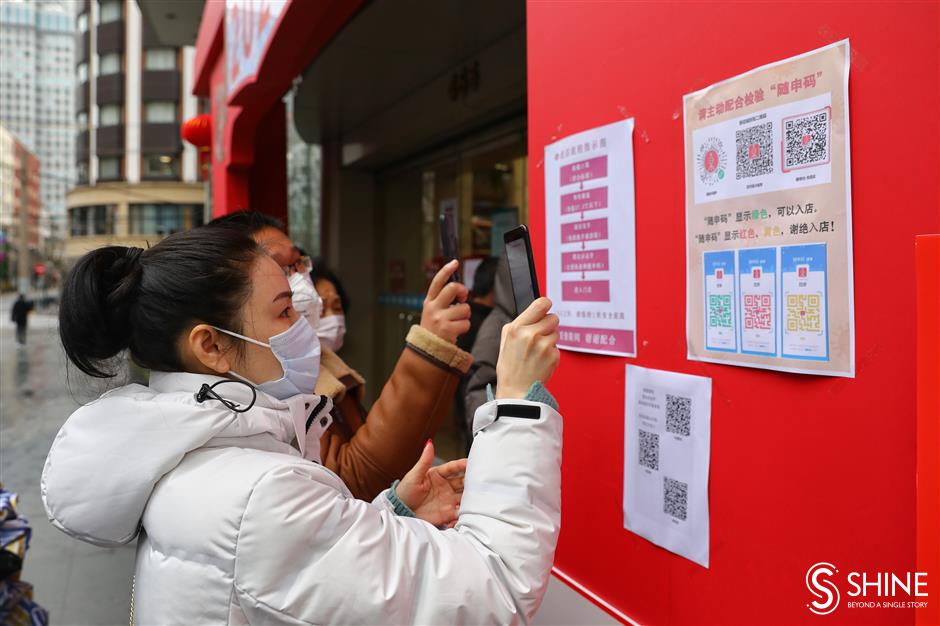 People read the posters outside and use their cellphones to scan QR codes. 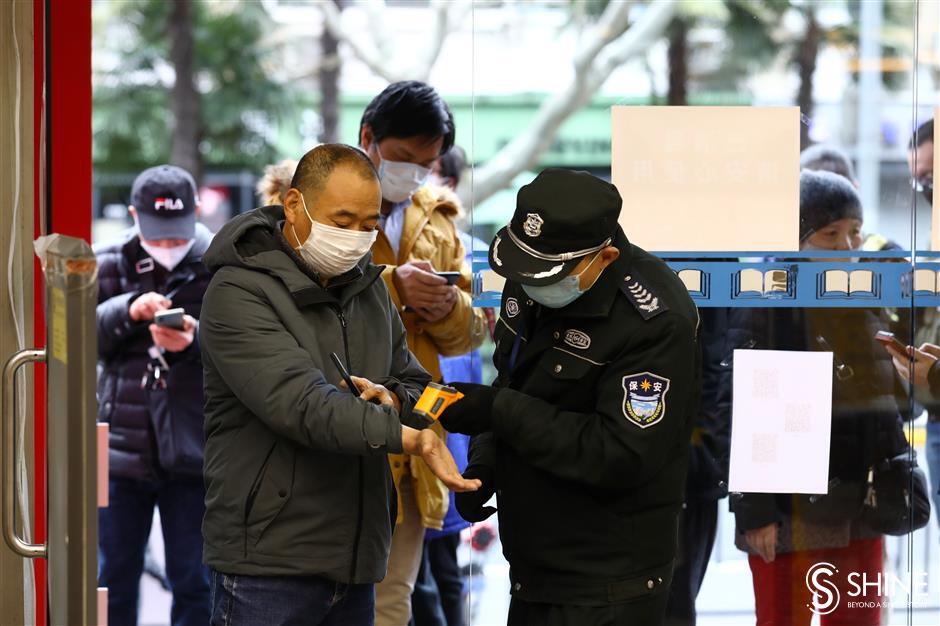 The security guard takes a customer's temperature before entry. 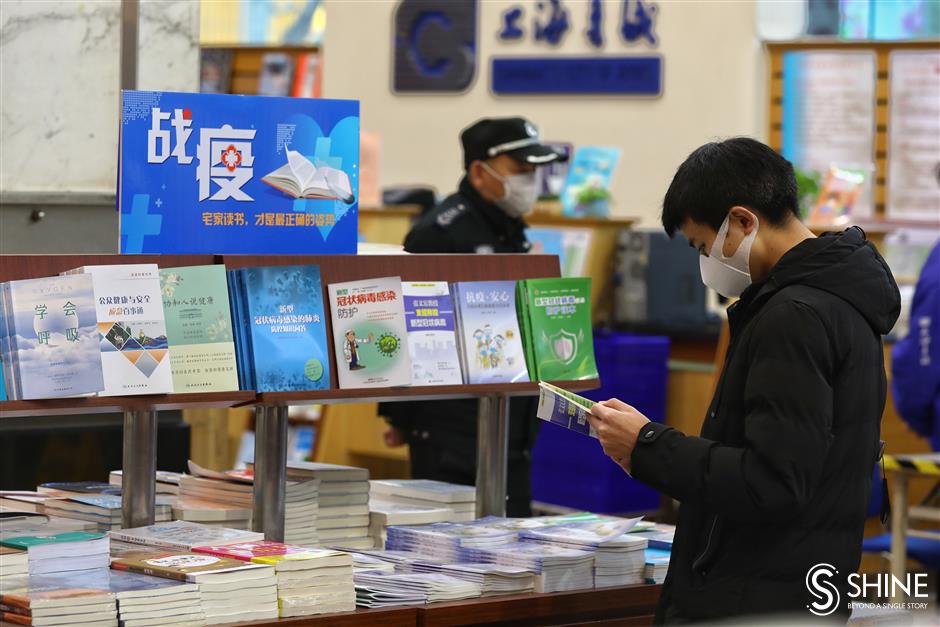 A shelf on the ground floor has books related to epidemic prevention and control. 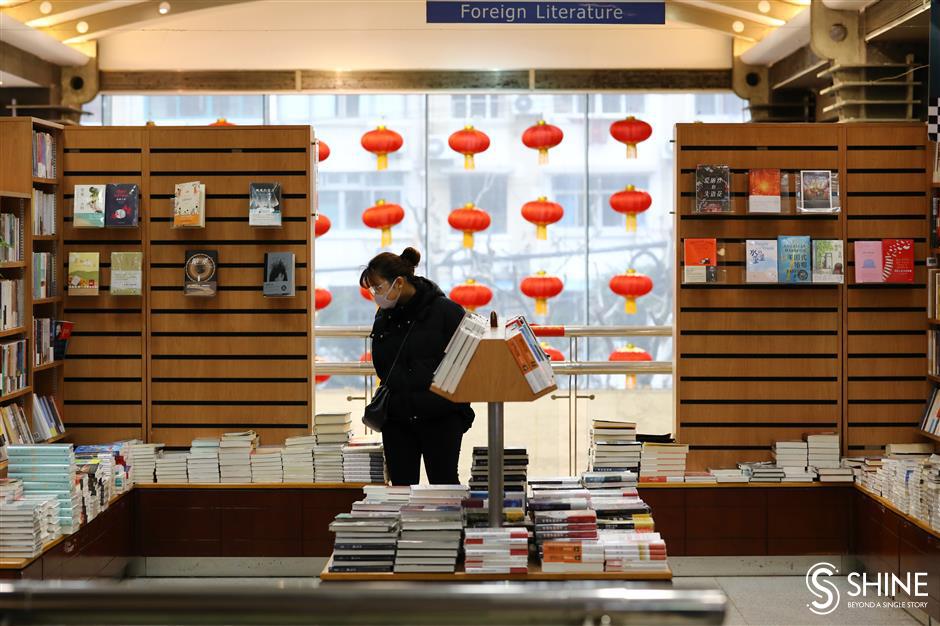 The bookstore seems a bit empty.