On the Front Line
Shot by Zhou Shengjie. Edited by Ma Xuefeng. Subtitles by Wang Xinzhou and Andy Boreham. 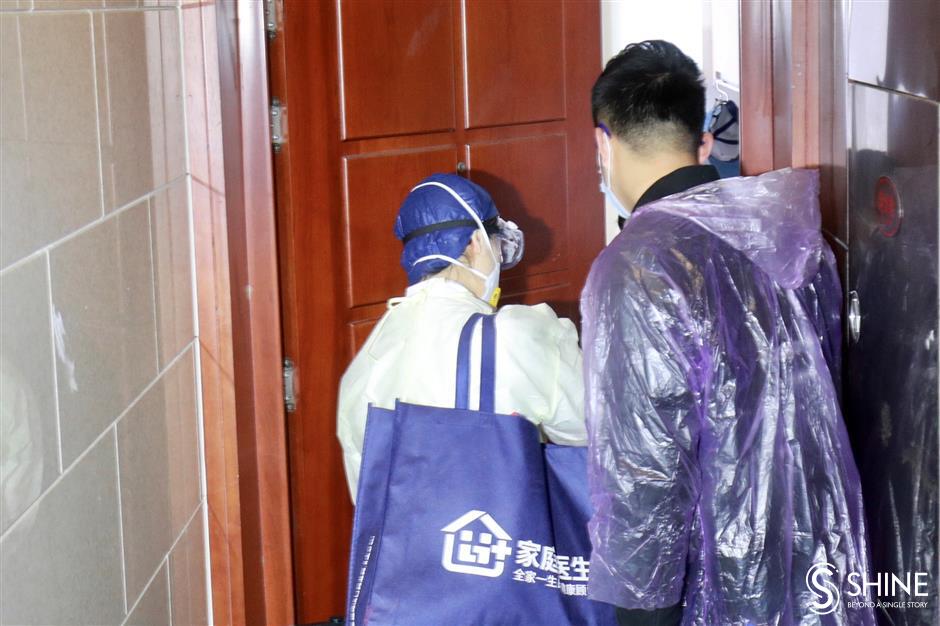 People who have lived or traveled in South Korea, Italy, Iran and Japan – the four countries hardest-hit by the coronavirus outside of China — in the 14 days prior to their arrival in Shanghai must undergo 14-day quarantine at home or in designated places for medical observation.

To better serve foreign residents during their quarantine period, local authorities have recruited volunteer translators to accompany community workers and doctors during their daily visits to expats.

After learning about the novel coronavirus outbreak in Hubei, Wang Haisen said he was desperate to join the relief efforts in the hardest-hit region in China.

But as an urban management official, he is busy rooting out the live poultry trade and illegal stalls on local streets, as well as offering garbage-sorting guidance.

"Now I finally have the chance to contribute to the fight against the coronavirus," Wang said, who has a degree in Japanese. He works as a Japanese interpreter between 9am and noon every day at an international community under the jurisdiction of the Zhoujiaqiao Subdistrict in Changning District. Multiple residents coming from Japan are under quarantine in the neighborhood.

Under the guidance of neighborhood committee chief Jin Xiaojun, Wang puts on a hazmat suit, goggles, plastic gloves and fastens his facial mask.

On his first day of volunteer work, he received a brief training from a senior community worker on how to properly communicate with residents under quarantine.

His first task was to accompany Xie Jing, the community health center doctor, to visit a Japanese housewife who came back to the city on March 5 with her two daughters. Her husband, who has not left Shanghai, has moved to a nearby hotel in accordance with quarantine regulations.

With the help of Wang, Xie checked the woman's temperature, disinfected garbage and asked what kind of services she needed.

"I used to communicate through a translation machine with the quarantined foreign residents," Xie said.

"It is more convenient and polite with the help of an interpreter," the doctor said. 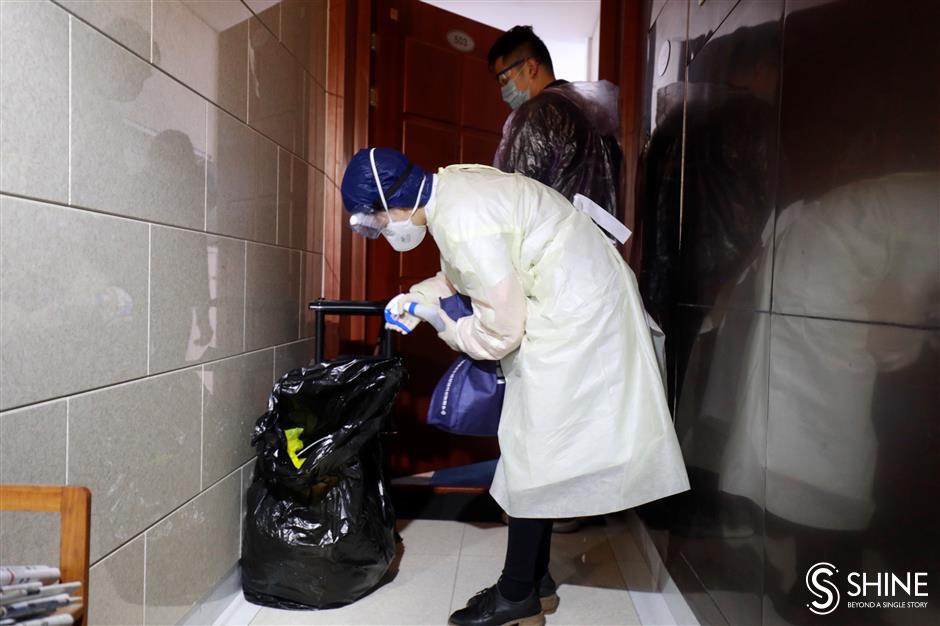 Wang also shared garbage-sorting and disinfection information with the Japanese resident. Quarantined residents are required to sort, wrap up and disinfect their daily waste and put it in front of their door.

Community doctors will disinfect the waste again, while cleaners will come to collect the disinfected garbage.

Over 40 foreign-language translators like Wang have been recruited in Changning from both government bodies and companies. They are fluent in Japanese, English, Korean, Italian and Persian, said Jiang Hanqing, deputy Party secretary of the Zhoujiaqiao Subdistrict.

As one of the city's major international communities, the subdistrict has over 700 households of foreign residents in several international neighborhoods.

Translators will also wait at the entrances of neighborhoods to serve foreign residents with travel or residence histories in key affected regions arriving from the Pudong and Hongqiao airports.

Local district governments are picking up travelers from the four key nations at the two airports to take them to designated collection sites in each district. The subdistricts then send them home with other buses.

Travelers from key regions to Changning, for instance, are being sent to a hotel on Suining Road. Those living in Hongkou are being transported to the Hongkou Football Stadium where subdistrict officials will take over.

"With the help of translators, our community workers are dedicated to offering full services and solving all kinds of problems for the foreign residents under home quarantine," Jiang said.

Grocery shopping, for instance, can be offered under the request of the residents. Community workers will also send packed meals or parcels to their doors, he added. 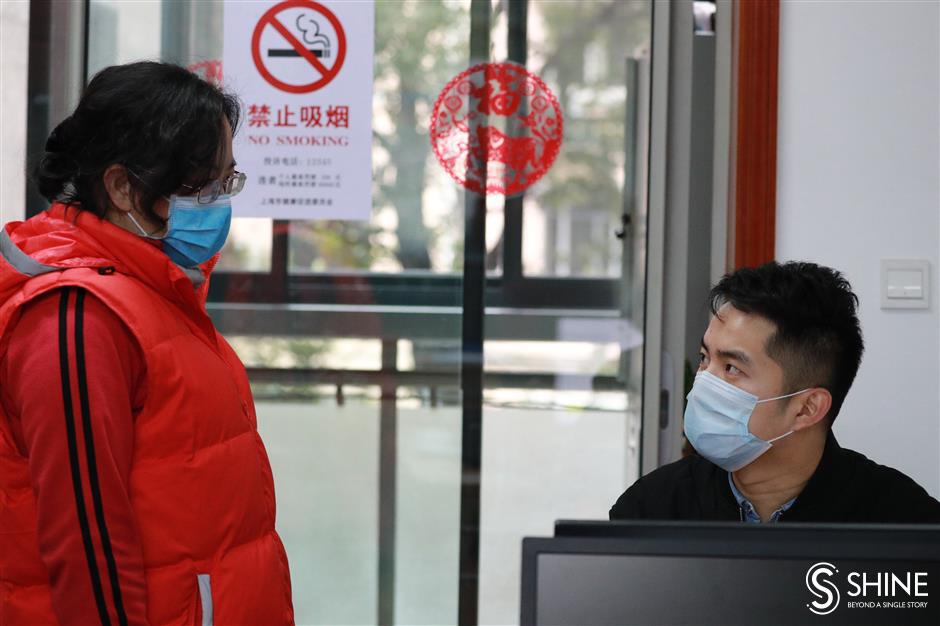