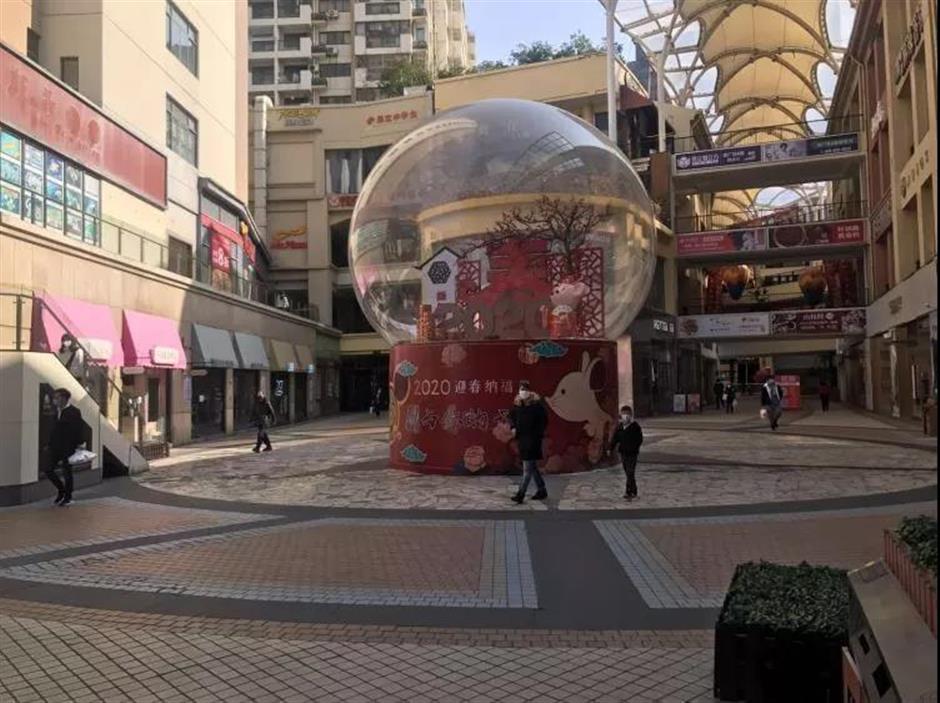 A shopping mall in Songjiang District

Selling goods or books online has became a vogue among shopping malls and bookstores in Songjiang District suffering from a lack of customers during the novel coronavirus pneumonia outbreak.

“These are our spring new arrivals. The male outfit is a cardigan and the female outfit is a hoodie,” said Nini, a shop assistant at a clothing store at the Kaiyuan Med Mall. She was acting as the presenter of an online show for the first time.

The sudden outbreak in the central Chinese city of Wuhan and its spread have suspended what should have been a boom season for Songjiang’s shopping malls. Brick-and-mortar storeowners were facing the problem of how to reduce losses and raise sales revenue.

To cope with the predicament, quite a few malls in Songjiang, including Kaiyuan, Wanda Plaza and Ludu International Plaza, have opened online sales channels. Customers are encouraged to purchase online and the goods are delivered to their homes or can be collected at appointed times.

Its four-hour book show and sales promotion session launched on taobao.com on February 4 attracted 8,769 viewers and received over 10,000 comments.

Zhongshuge Tames Town Branch in Songjiang is known as one of the most beautiful bookstores in China for its unique architecture and interior decoration.