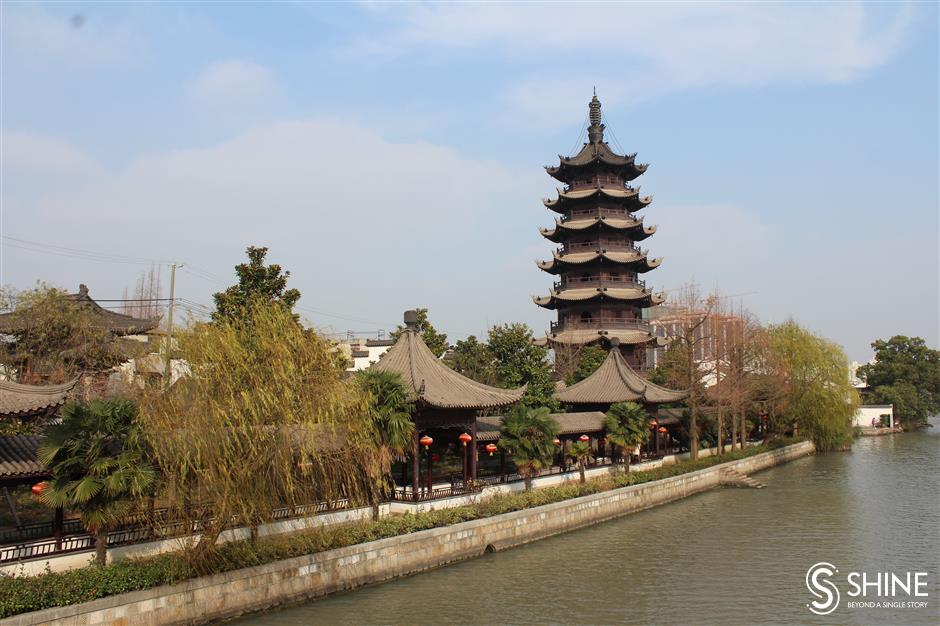 A view of Sijing Town

Passing through Hubei Province from his hometown of Chongqing on January 25, a man surnamed Wang stopped for gas. Meanwhile, the Zhou family were setting off from Xiangyang in Hubei Province, their car filled with local specialties for their new home in Songjiang.

However, the novel coronavirus outbreak upset their plans.

They ended up living in an isolation area in Sijing Town in Songjiang District for 10 days with more than 100 strangers in order to play their part in preventing the virus spreading.

The medical observation site in Sijing Town was a vacant building before more than 100 people arrived there on January 26. The previous day, staff were busy with reconnecting water and electricity supplies.

Yan Yuanbin, a worker with a township property company, was deployed to the site to stop a leaking sink, unblock a toilet and change bulbs. He lived there and worked for 12 hours a day.

Yan spent three days studying Wi-Fi installation and managed to put in equipment to cover all seven floors of the building.

Yan also carried out disinfection work three times a day on the ground floor lobby and delivered mail and takeaway meals to confined people’s rooms. After a day’s work, he was often so tired that he just tumbled into bed and fell asleep in seconds.

A daily 600 packages of meals had to be supplied to the isolation spot by Sijing Town’s community canteen. Wang Yifeng, a pastry chef at the canteen and a native of neighboring Jiangsu Province, canceled his ticket back to his hometown and worked daily to prepare food from 3:30am to 3pm.

When the people in isolation complained about boredom, Lu Chunhua, a medical worker with the Sijing Community Health Service Center and chief of the temporary isolation spot, sent them piles of books and donated toys to children in some households.

The unease, grievance and even anger of some confined people at the beginning of their 10-day confinement were gradually dispelled by the respect and care shown by medical and sanitation workers and volunteers.

A few days before they were discharged, someone quietly changed the name of the isolation spot’s WeChat group into “Our Family” and some people ordered 29 boxes of milk to share with everyone.