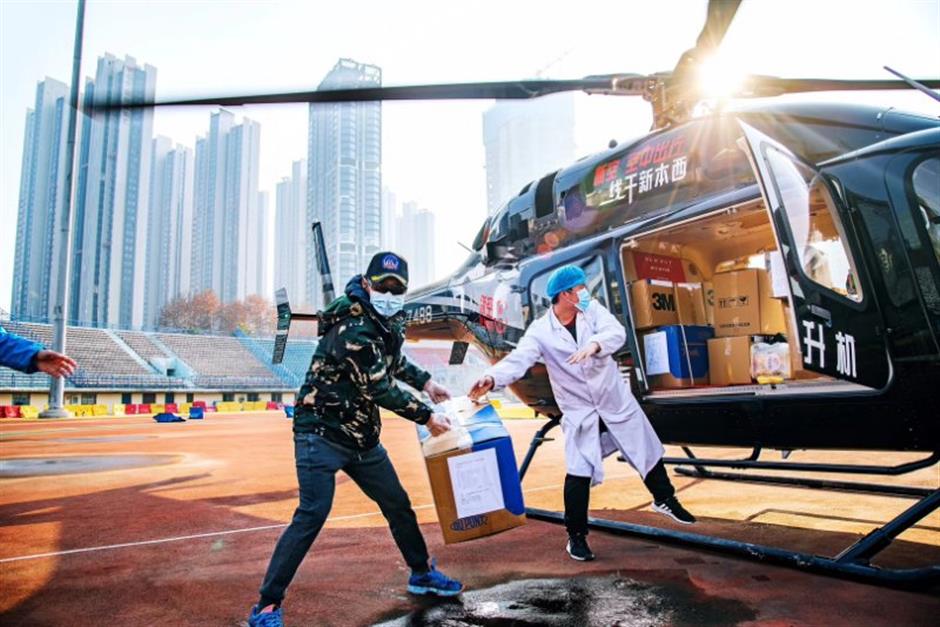 A medical worker and a volunteer unload supplies from a helicopter in central China's Hubei Province.

Retired air force soldier Xu Jianjun has been flying helicopters for over 36 hours to transport anti-coronavirus materials from Shanghai to central China's Hubei Province, heart of the coronavirus outbreak.

Dressed in a hazmat suit and wearing goggles, Xu is often in the cockpit for almost eight hours on a return trip to Shanghai from Wuhan, the hardest-hit city in China.

"My family is worried about my safety, but whenever I see people in Hubei waving and even saluting me from the ground, all these worries are gone," Xu said.

He is part of an anti-coronavirus voluntary campaign to transport relief materials to Hubei from Shanghai.

As ground transport via highways was severely affected at the beginning of the outbreak in late January, helicopters played a key role in transporting goods to hard-hit regions.

It takes a helicopter about four hours to fly between Shanghai and Wuhan, compared with a road trip of at least 10 hours.

Since the campaign was launched, three helicopters have flown for almost 60 hours in over 10 flights to transport medical relief materials to Hubei, said Yu Gang, CEO of Xiben New Line Stock Co, one of the campaign’s main organizers.

Multiple air transport routes have been opened to transport the material from Shanghai to Wuhan, Huanggang, Xiangyang and Jingmen.

The relief materials, including hazmat suits and medical masks, have been delivered to hospitals and anti-coronavirus headquarters in Hubei. Over 20 pilots and crew members like Xu are taking part in the effort. 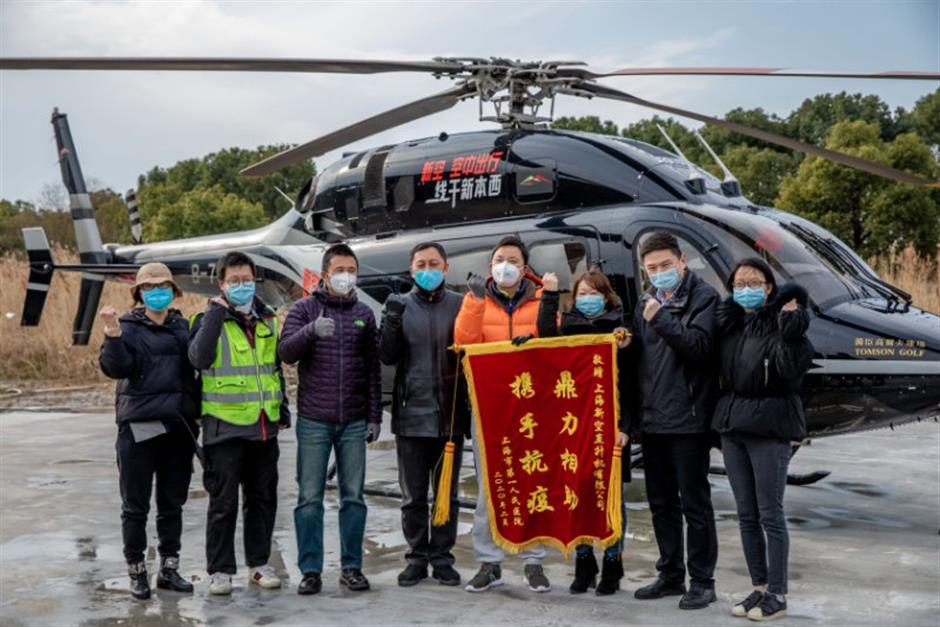 Pilots and volunteers pose in front of a relief helicopter of the Xiben New Line Stock Co in central China's Hubei Province.

In one of the flights, 38 cases of hazmat suits and medical equipment weighing 500 kilograms were delivered to Luotian County, a mountainous region in Huanggang.

Local people were waiting beside the helipad and Hu Pan, deputy director of the county, rushed to help unload the material, said Zhu Wei, head of the Xiben Anti-coronavirus Volunteer Service Team.

Wu Qiong, who serves as volunteer crew, said the helipad staff in Hubei often gave them a thumbs-up before takeoff, which became a huge inspiration for him.

"Though we often have to stay hungry during the flights, I feel honored to be able to contribute to the fight against the coronavirus," Wu said.

Helicopters have huge advantages during the anti-epidemic campaign, said Cao Xintian, founder of the Shanghai New Sky Helicopter Co and a senior pilot. He flew helicopters for over 26 hours during the campaign.

“Helicopters are efficient in transporting urgent medical supplies, especially those needing to be kept at low temperatures," Cao said.

Yu said the campaign has so far helped relieve the shortage of medical materials for many hospitals in Hubei.

The Shanghai Shuangping Charity Foundation has given awards to the pilots and volunteers who participated in the campaign. 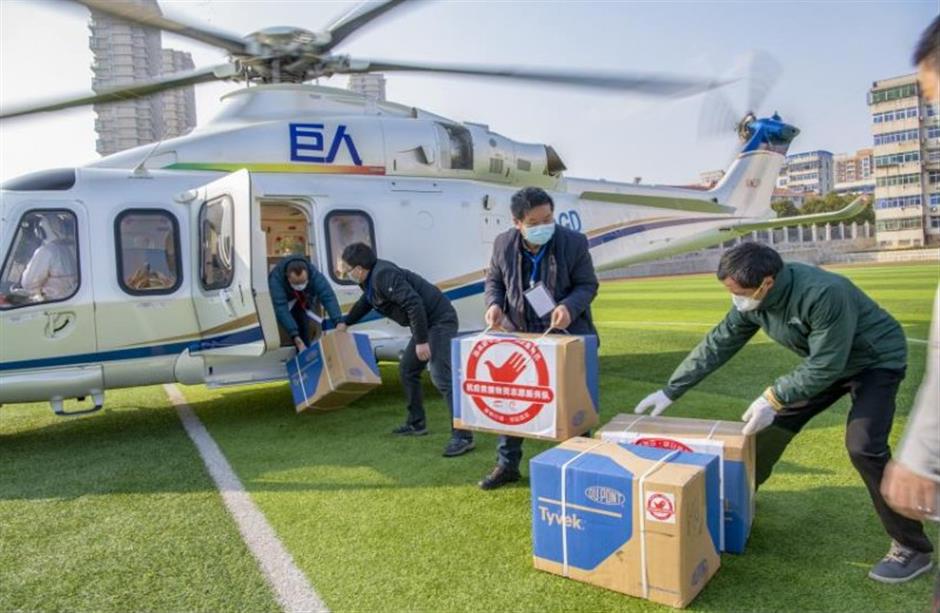 Hazmat suits are unloaded from a helicopter in central China's Hubei Province.