Associations reach out to support expats under quarantine 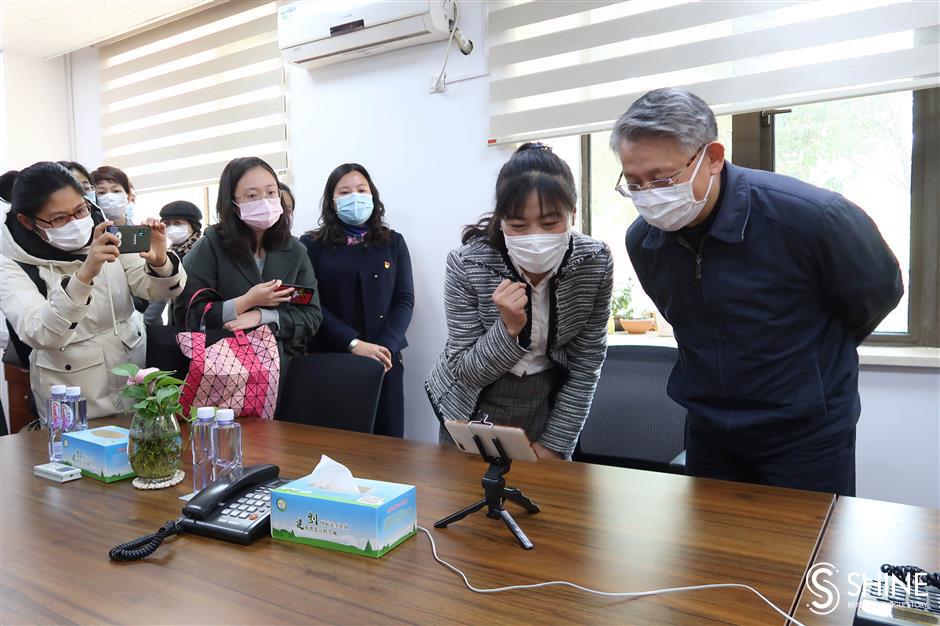 Sha Hailin (right), chairman of the Shanghai People’s Association for Friendship with Foreign Countries, talks by phone with a quarantined expat family.

The gifts included vegetables, tooth paste and shampoo. To ease the tedium of life under isolation, there were also darts, brush pens for Chinese calligraphy and gift cards for online audio programming.

“Besides some basic needs, we also hope our gifts will help ease their moods during the quarantine and epidemic period,” said Pan Cong, vice president of QingTing FM, an audio application, and president of the Zhangjiang branch of SNSSA.

This was the second time the two associations have reached out to quarantined expats. Last week, they delivered similar gifts to those in quarantine at designated hotels in Shanghai.

“After the outbreak of the coronavirus disease, many foreign countries, organizations and individuals gave support to China, which was so touching and impressed us deeply,” said Sha Hailin, chairman of SPAFFC, when he visited two communities in Pudong with large populations of foreigners.

He said Shanghai has taken strict measures on foreign arrivals based on epidemic developments around the world, such as 14-day quarantine at home or designated places for foreign arrivals from hard-hit countries. As an organization dedicated in people-to-people exchanges with foreign countries, the association would like to make those under medical confinement feel the warmth of Shanghai, said Sha.

“The epidemic has made us more aware that the whole world is a community with a shared future and we have to work hand-in-hand to fight the virus instead of standing by. Any country planning to benefit itself at the expense of neighbors will not succeed,” he said. “Shanghai is a home shared by both Chinese and foreigners. The virus is our enemy, but we are family and should fight the virus together.”

He said the SPAFFC raised 300,000 masks and would send them to Shanghai’s sister cities and other places that have established friendly relations with the city. 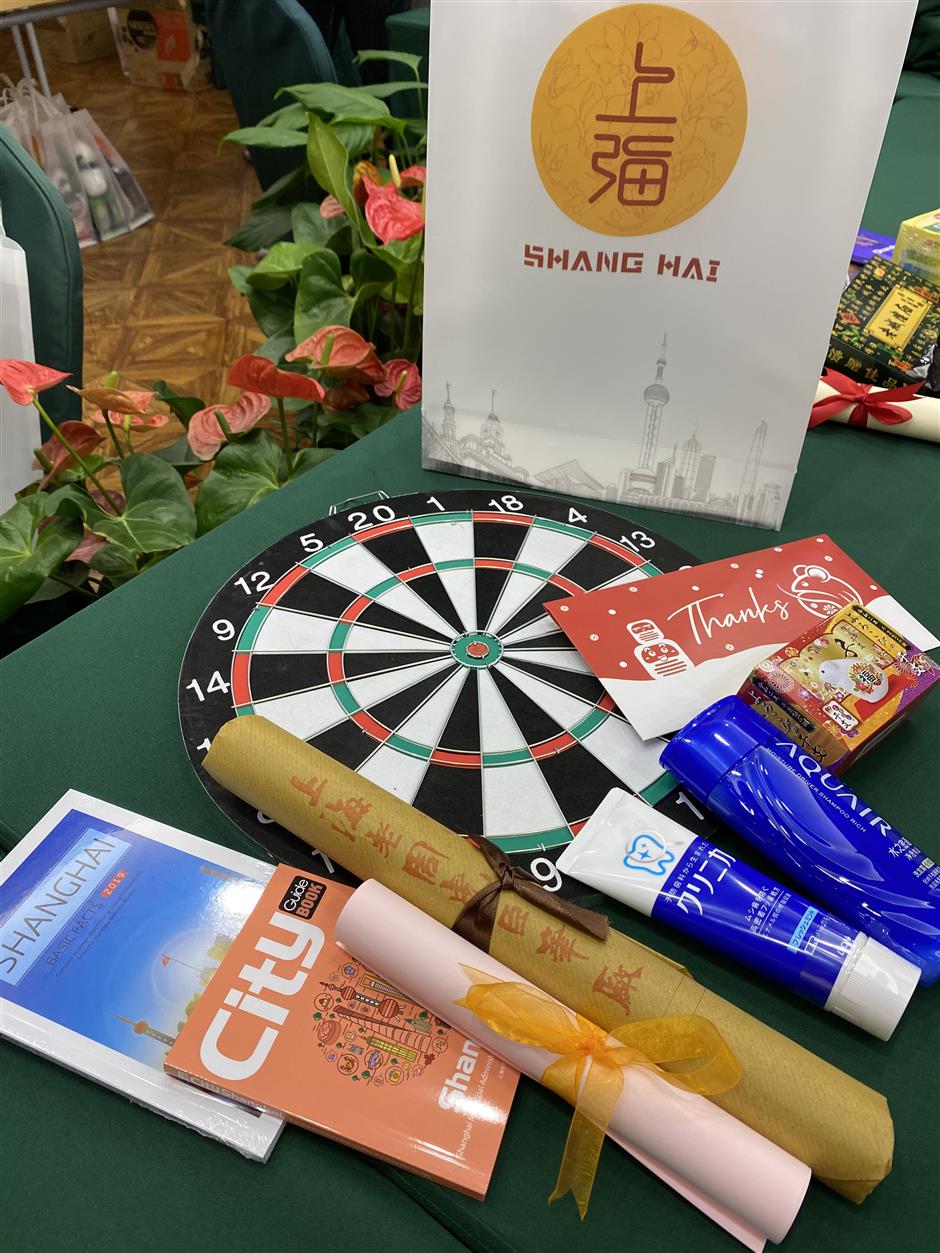 Gifts for expats under home quarantine

Sha talked to two quarantined families. When he heard they were satisfied with services the community had provided, he thanked the community workers for ensuring the security of the city and warming hearts of the quarantined residents.

In one household at Sunny Flower Garden residential compound are Japanese girl Miwa Yuka and her mother Ding Caiping, who is a Chinese citizen.

“We are so happy to receive the carefully prepared gifts. We were surprised that there are even vegetables and Shanghai snacks,” said the mother.

Ding said she and her daughter came back to Shanghai on March 1.

“It was not compulsory for us to undergo home quarantine at that time, but we decided to do so for the sake of our health and the community,” she said. “It’s very convenient to shop online and the community has helped deliver parcels from the gate to our doorstep, so everything is OK with us.”

They finished quarantine on Monday, but Ding said they decided to continue staying at home as much as possible.

“We've heard that the incubation period for some patients is longer than 14 days, so we will observe for some more days,” she said. “Anyway, I have asked for leave from my company till April 1 and my daughter is taking online classes from her high school in Shanghai.” 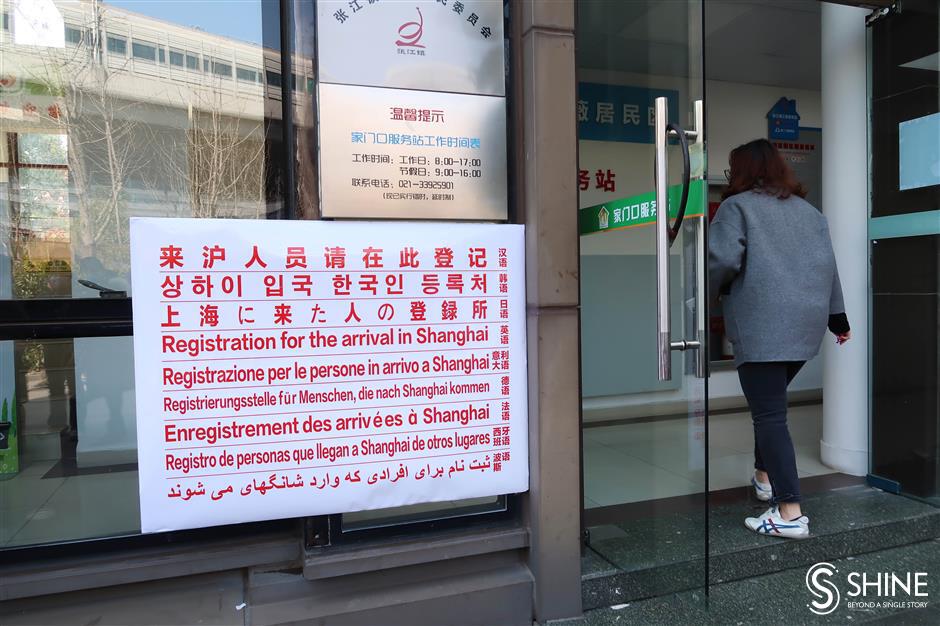 A poster on the wall of the Jiangwei neighborhood committee reminds new arrivals in Shanghai to register their information.

Kim Tae-yon, a South Korean resident at the compound and a student at Shanghai Jiao Tong University, said he had been living in Shanghai since high school as his father works in China and the city has become his home.

“When I returned to South Korea, I lived with my grandparents. But it’s not my home, so I decided to come back after an extended winter holiday,” he said.

He was worried about quarantine life when he arrived on March 2 from Seoul after waiting nearly four hours at the airport, undergoing disinfection several times and filling in a lot of forms.

“But after I arrived at home, I found life is not as uncomfortable as I had imagined,” he said. “The neighborhood committee workers have added me to their WeChat contacts and solved all the difficulties I faced.”

Kim said he cooks at home himself, so he orders ingredients online once or twice a day.

“They deliver all the parcels to my doorstep and take away my waste every day, so I don’t have to go out at all,” he said. “There is some inconvenience, but I understand the measures are necessary and everybody is striving to fight against the virus.”

Monday is the last day for his quarantine. He said he hadn’t seen his girlfriend, who is Shanghainese, and he was looking forward to seeing her immediately after being discharged.

Shi Ying, Party secretary of the City Classic neighborhood, said she and her colleagues have had to work from 8am to 9pm every day recently to welcome foreign arrivals back to their homes, with another team set up by the government of Zhangjiang Town to handle those arriving after 9pm.

“We’ve established WeChat contact with each quarantined resident,” said Shi. “WeChat has a translation function, so we can communicate directly. They report their temperatures twice a day and ask us for help sometimes. They are very cooperative and sometimes send us greetings.”

Hong Min-ah, a South Korean in the community, purchased flowers for community workers on Saturday when she completed her home quarantine.

“When the flowers arrived at the gate of the compound, we told her we would deliver them to her soon, but she said the flowers were for us,” said Shi. “Such things make us feel that all of our hard work has paid off.” 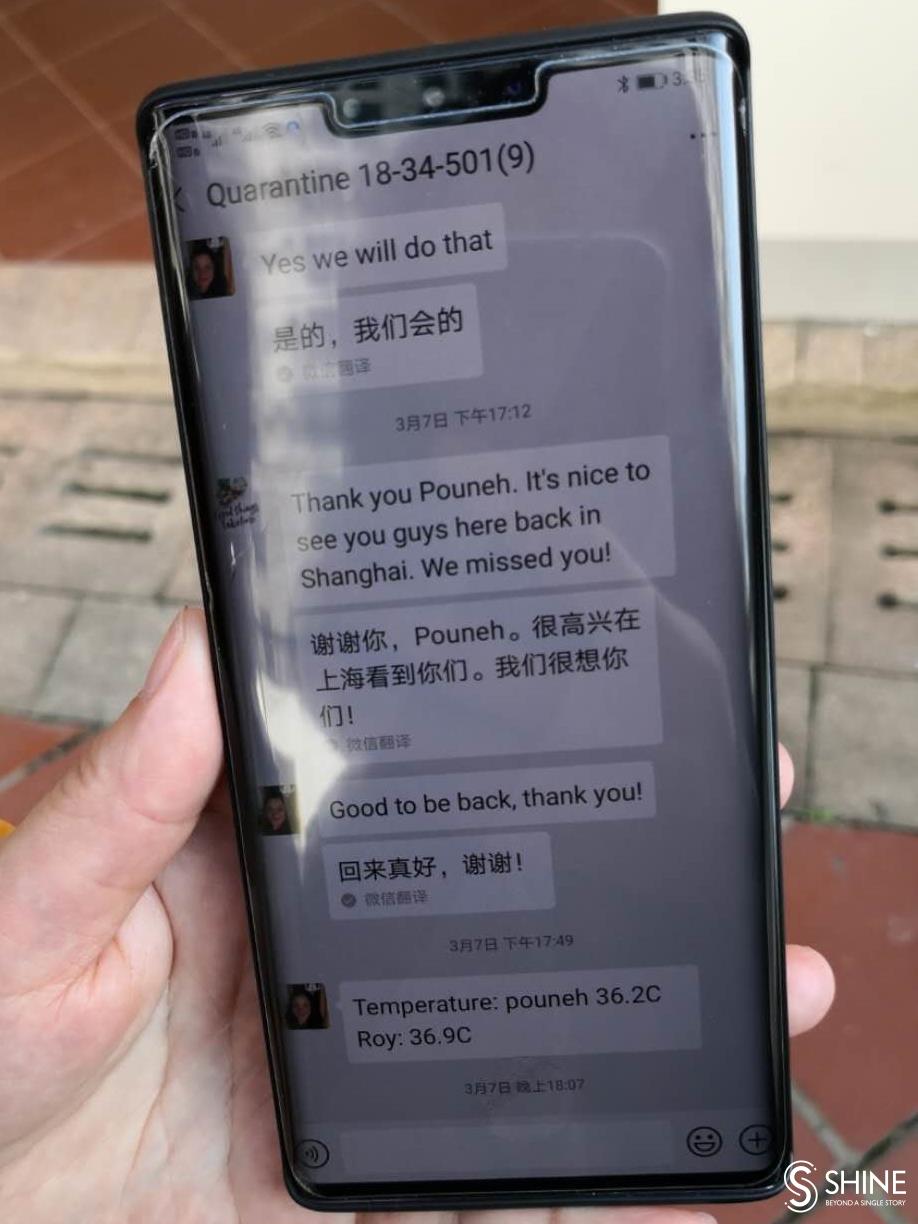 A community worker communicates with a quarantined expat via WeChat, using its translation function. 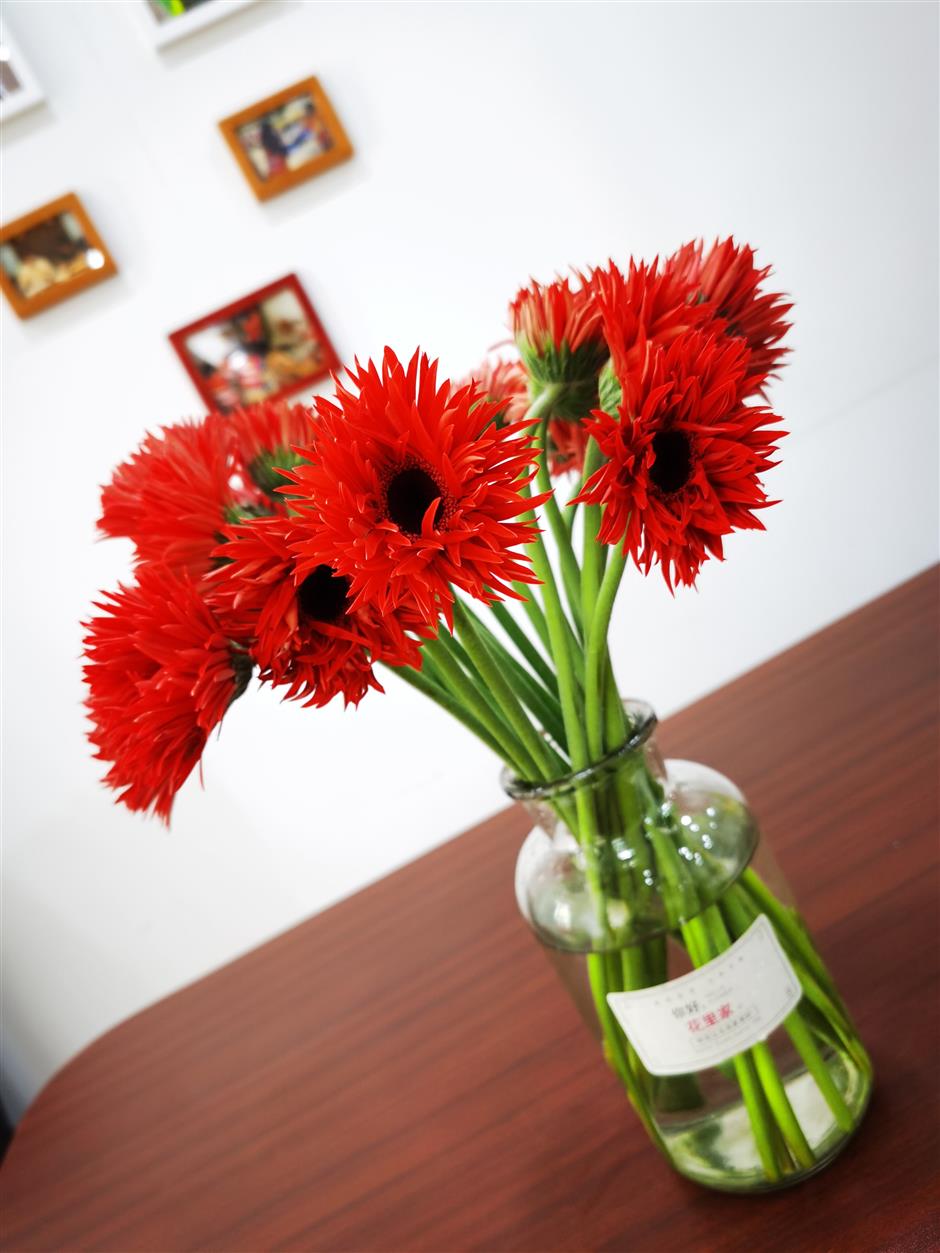 Flowers purchased by Hong Min-ah, a South Korean in the community, for community workers