Coronavirus containment in the emerald spotlight this St. Patrick's Day 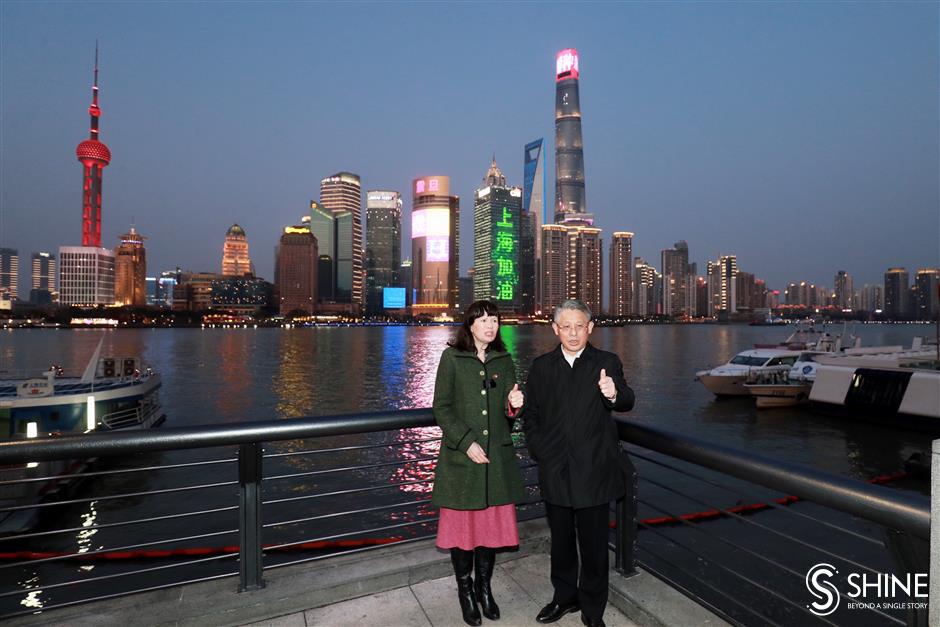 Therese Healy (left), consul general of Ireland in Shanghai, and Sha Hailin, chairman of the Shanghai People’s Association for Friendship with Foreign Countries, cheer for Shanghai, China and the whole world in the fight against the novel coronavirus.

Citigroup Tower in Lujiazui was illuminated in green on Tuesday night in honor of St. Patrick's Day and to cheer China's fight against the COVID-19 outbreak.

At 6pm, the building turned green and its exterior was dotted with shamrocks and phrases such as “Go China,” and “Go Shanghai.”

March 17, Irish national day, has become an international celebration as Ireland has turned over 70 world landmarks green over the past seven years. In China, it has "greened" the Great Wall in Beijing, as well as the Oriental Pearl TV Tower and Jing’an Kerry Center in Shanghai.

In previous years, the day had been celebrated in the city with parades, dancing, music and feasts of traditional Irish food. The Shanghai People’s Association for Friendship with Foreign Countries (SPAFFC) have cooperated with the Consulate General of Ireland in Shanghai since 2016 to invite Irish tap-dancing artists to perform at the Shanghai People’s Square Metro station for the celebration of St. Patrick's Day.

Due to the coronavirus epidemic, there won’t be such face-to-face events this year, but the Irish consulate general will launch some online interactive activities, according to Therese Healy, consul general of Ireland in Shanghai.

“It's the best decision to be made at this time,” Healy said.

But the greening tradition continued and this year's theme is to show support for Shanghai and China in the battle against the novel coronavirus.

“The greening is important for us because green is our national color,” said the consul general. “When we think about green on St. Patrick's Day, we also think about spring and youth. It’s a very optimistic and hopeful color. And this year’s greening message is about Chinese people and Irish people coming together in solidarity.”

She said that measures taken by the Shanghai government have helped ease the epidemic situation.

“When we consider the huge population that Shanghai has, there were so few people infected. I think that’s a really good record,” she remarked.

As the virus is now spreading in Europe, Healy said: “we are very grateful for all the lessons that China has shared with us. We know that China has been very cooperative and active in the WHO and feeding in a lot of information in those first several weeks, which is very important for all of us around the world to study and understand.”

Healy said there are about 1,000 Irish people living in Shanghai and about 20 percent of them are teachers, who needed to undergo 14 days of quarantine as Shanghai requires anybody working with children to guarantee completion of quarantine before resuming work.

“They all understand this and they have been complying with the regulations,” she said. “Some Irish people have married local people, it’s about their family, so they are very much concerned about the situation in Shanghai.”

The consul general also extended best wishes to all people working on the front line: the doctors, the nurses and even people cleaning the hospitals.

“All these people — the team that makes Shanghai much safer for all of us — we hope that they all stay strong and that they can finally get some rest when the crisis has passed,” she said, adding that the consulate general is looking for programs to help migrant workers and their children who were affected by the epidemic.

Sha Hailin, chairman of the SPAFFC and former Chinese ambassador in Ireland, said China and Ireland have a long friendship. Ireland has shown great sympathy and support for China in the fight against the novel coronavirus, he added.

“Many of my friends in Ireland sent messages to me,” said Sha. “Their greetings and consolation at the most difficult time impressed me greatly.”

Healy was among the first who sent messages to Sha at the beginning of the virus outbreak.

John Sheehan, the mayor of Cork, Ireland, created a video to express his belief in the people of Shanghai. Cork and Shanghai signed an agreement to become sister cities in 2005, and have since held frequent exchanges in trade, health, culture, education, science and technology.

"I’m certain that the resilience of the Shanghai people will allow them to persevere through this challenging time,” Sheehan said.

The city had also organized an event to support China’s anti-coronavirus battle and raised the Chinese national flag in Cork.

Sha said: “One lesson we’ve learned from the epidemic is that nobody can be spared and the world needs to fight the virus hand-in-hand as we are a community with a shared future.” 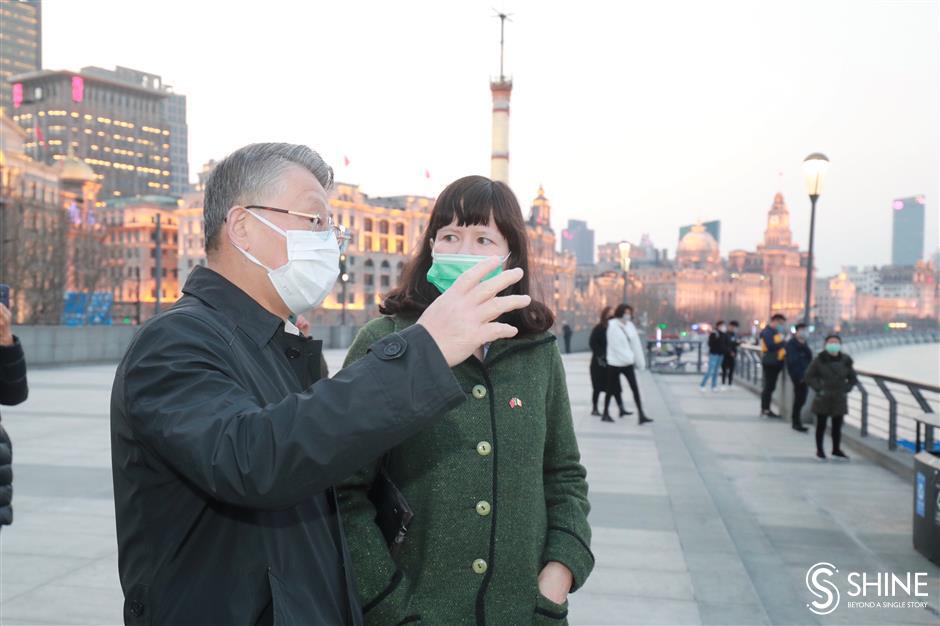 Sha Hailin (left), a former Chinese ambassador to Ireland, talks with Therese Healy, consul general of Ireland in Shanghai, on the Bund. 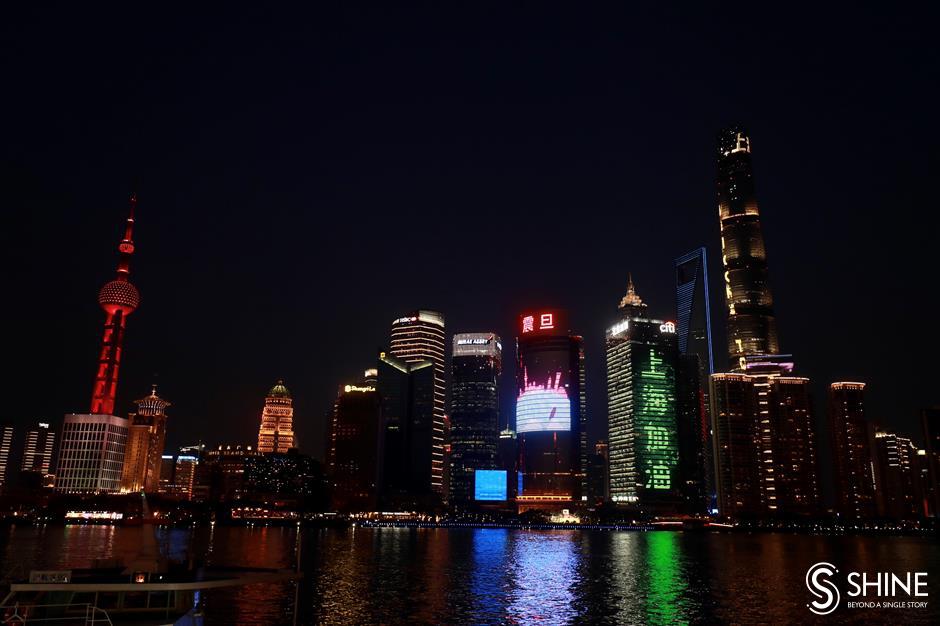 The Citigroup Tower in Lujiazui of the Pudong New Area is illuminated in green to celebrate St. Patrick's Day and to cheer China's fight against the coronavirus. 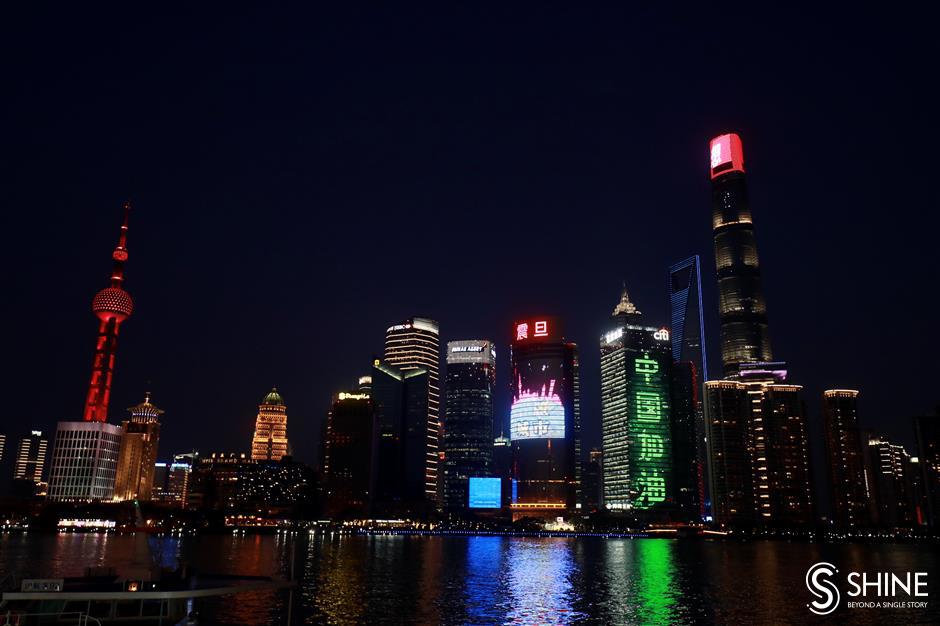 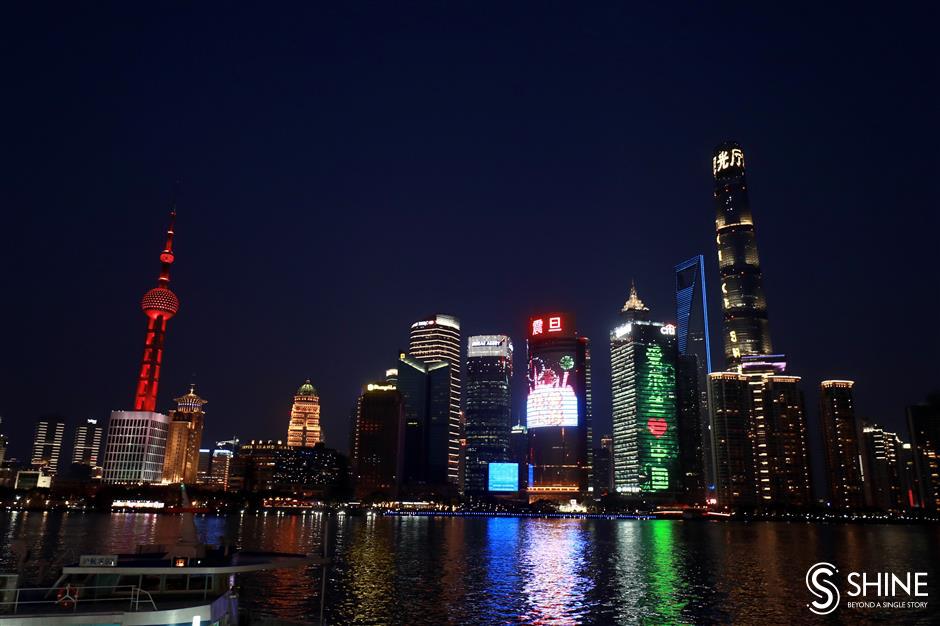