Failures to register uncovered by police 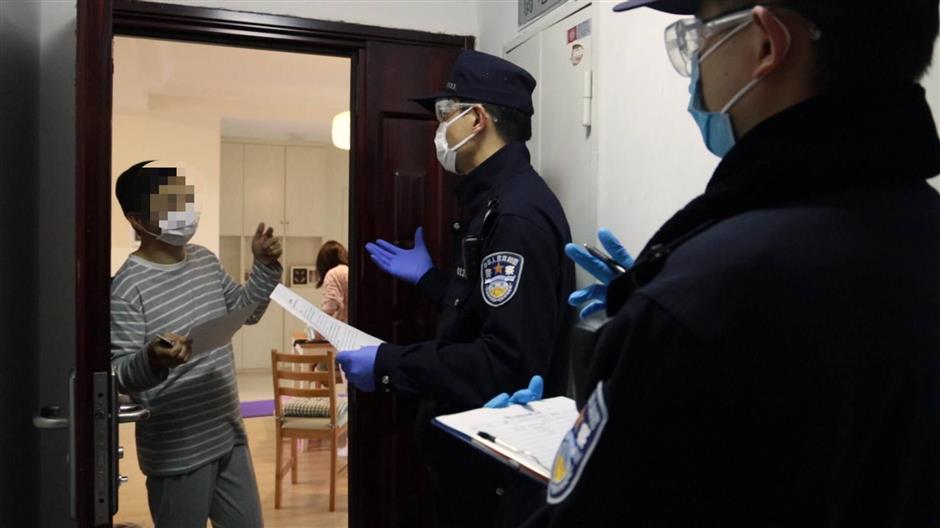 Police visit a man from overseas at his apartment to remind him that he needs to register his residence.

Shanghai police have been tracking down people from overseas who fail to register their accommodation in the city.

Those from overseas must register their residences with the police within 24 hours of arrival unless they are in hotels, which are required to register for them.

Anyone moving from one place to another should register their new address with the police.

In Shanghai, registration has been allowed online since November last year without the need to visit the police in person.

In the Pudong New Area recently, two people were found to have missed the registration deadline.

Zhang, an Australian citizen living in Chuansha Town, moved from Jinqiao Town on January 25, but he hadn’t registered his new residence.

In the Huamu area, police found a Canadian citizen surnamed Luo had been living in her parents’ home since the middle of February, but hadn’t registered her residence.

Both were admonished, police said.

Police have been comparing data from different sources, including airport arrivals, health declarations made on arrival and hotel records. Some hotels were found to have failed to register guests from overseas.

Earlier this month, police in Sunqiao Town found a hotel which failed to register a US citizen who had checked in on January 14.

In the Pudong New Area, police have been handing out forms to new arrivals on their doorstep so they can complete registration and have their picture taken there and then. 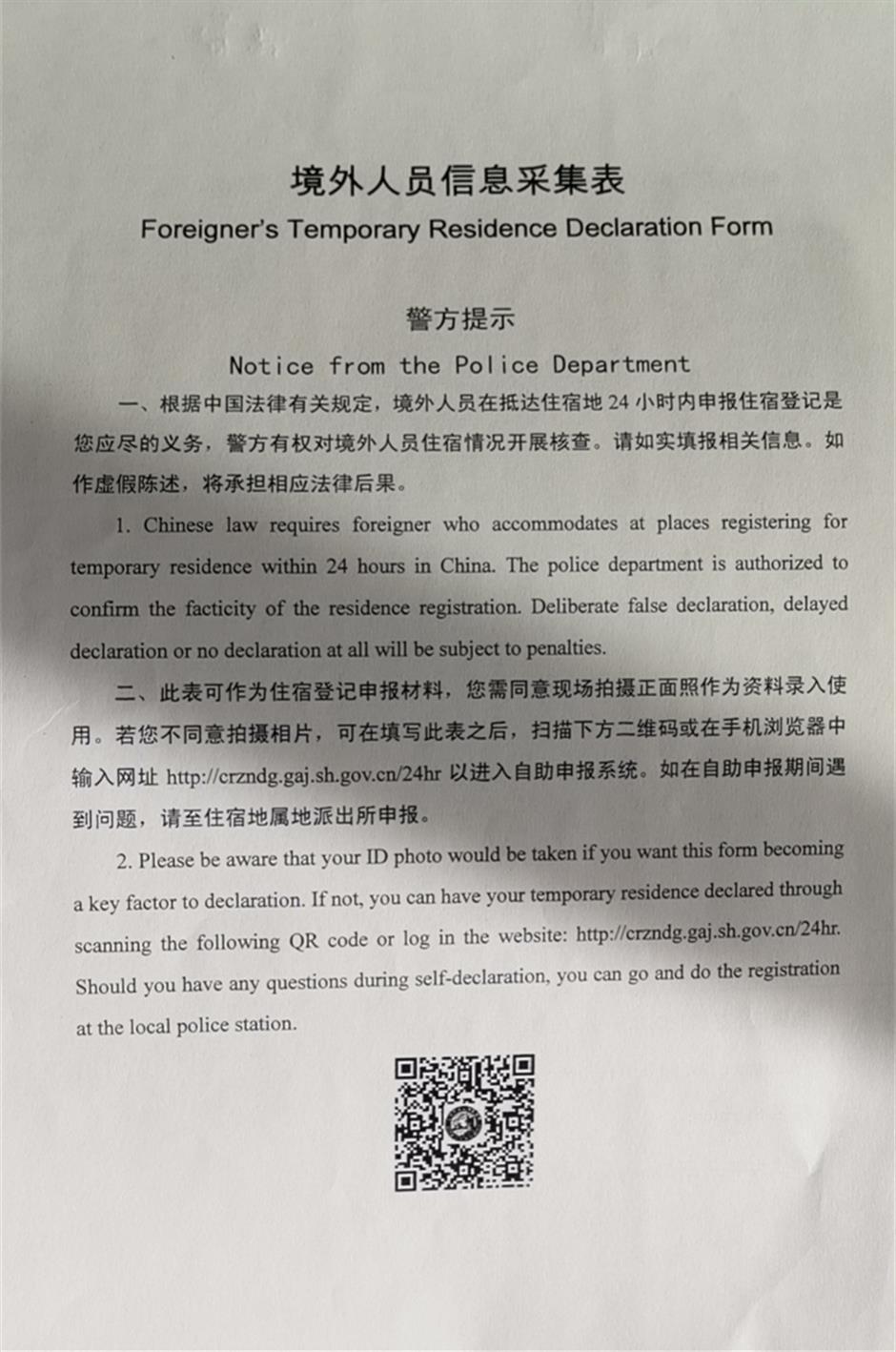 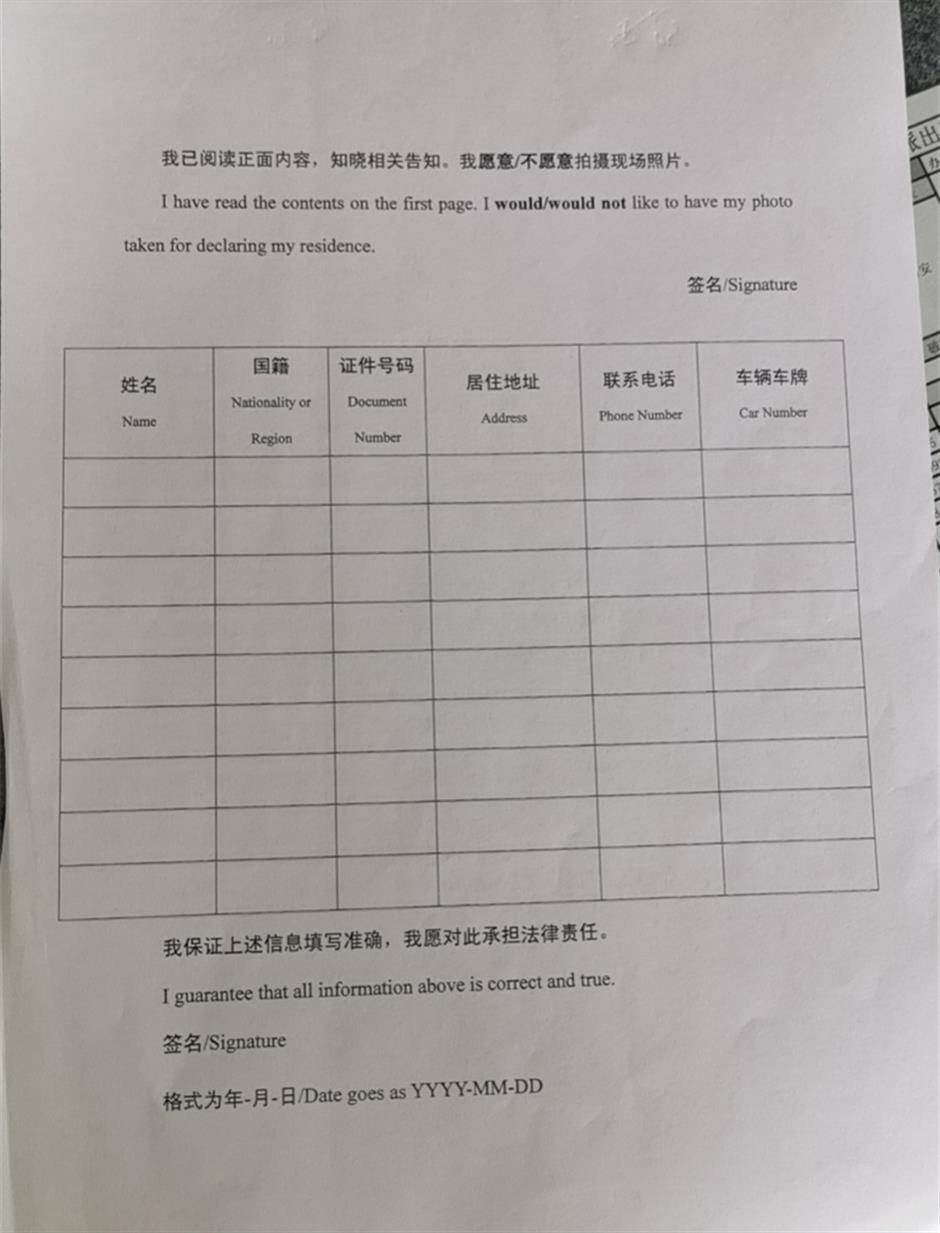 The registration form that police are handing out to overseas citizens at their residences in Shanghai.