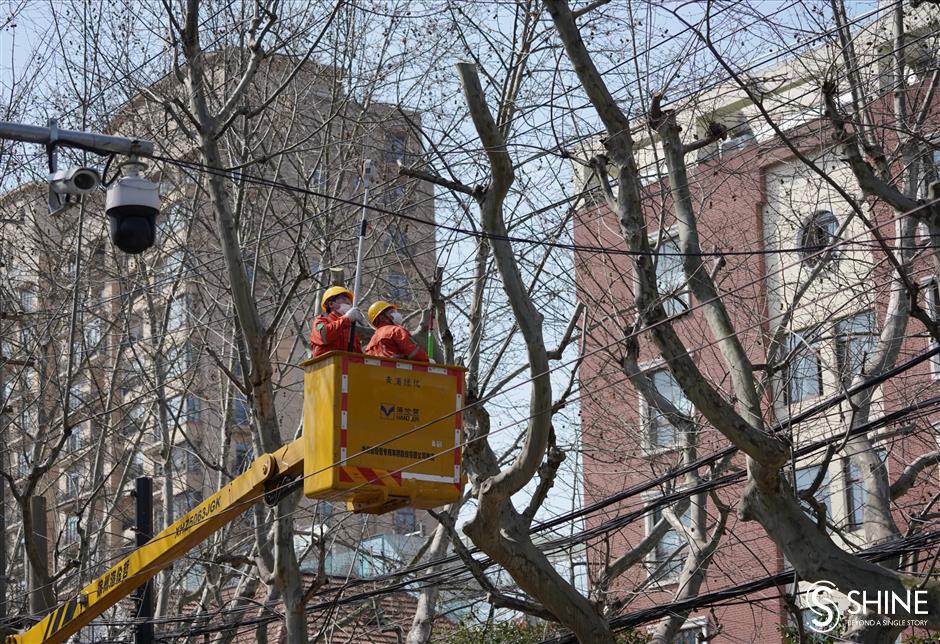 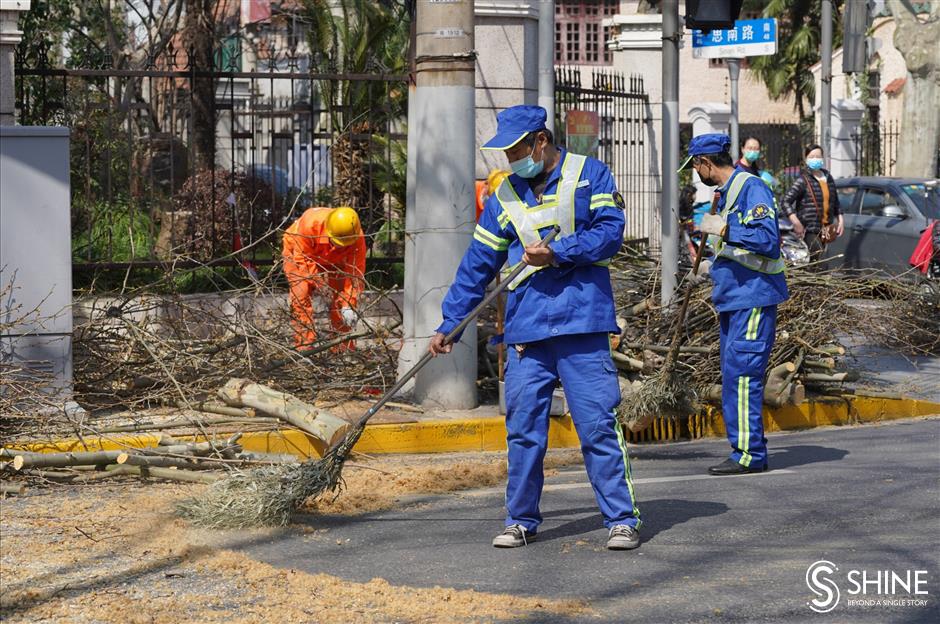 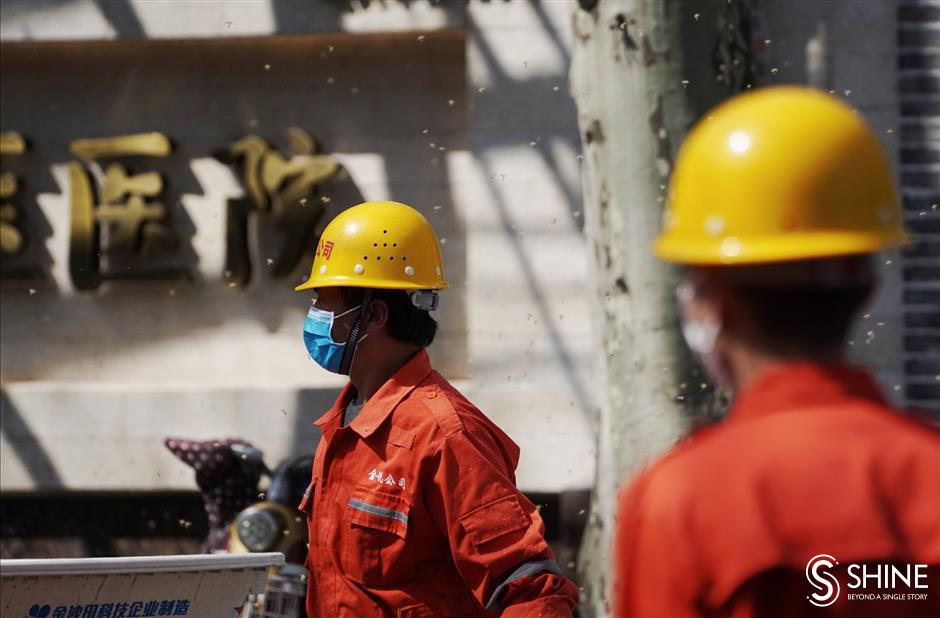 It's catkin season again, when irritating white cylindrical flower clusters detach from the trees and are blown across the city. Local greenery authorities are stepping up efforts to curb the nuisance.

Catkin season in Shanghai usually lasts around a month between April and May. It’s about 10 days early this year due to the weather, the Shanghai Greenery Management Station said.

Catkins mainly come from plane, poplar and willow trees and they are typically downy and pendulous.

"Plane trees are the major source of catkins in the city because it is the major street tree in Shanghai, while poplar and willow trees are mainly planted in parks," said Xu Xiaobo, the station’s director.

Plane trees-lined Shaanxi Road S., Fuxing Road M. and Hengshan Road are among the worst hit in the city.

"Clipping branches off high trees will prevent them producing catkins," said Xu. "We are taking measures to avoid causing inconvenience to people in the city when they are out."

Workers started trimming as early as in December to curb the cotton balls, and the number of workers has been increased to improve efficiency, the station said.

So far, about 92 percent of the city's greenery workers have returned to their posts despite the pandemic, it said.

However, some plane trees in downtown areas such as Ruijin No. 2 Road and Hengshan Road have yet to be clipped, the station said.

"For trees that are high which makes them difficult to climb on or with uneasy trimming conditions, high-range spray machines are used to blow off catkins with wind and spray," said Xu.

The cleaning frequency of badly hit streets will also be raised during the season to reduce the amount of catkins on the ground and cut the time they float around in the air, said Xu.

"The measure will help curb the second wave of catkin pollution caused by wind and traffic," he said.

Although blamed for the annoying catkins,  the trees thrive in poor soil and are good at purifying the air, the station said. They are also easy to maintain.

The trees provide shade in summer and let the light through in winter.

In April and May, the rising temperature spurs the growth of new leaves, and mature buds burst and fall, leading to flying white balls and pollen, the station said.

Residents who are allergic suffer from coughs, sneezes and itching due to catkins.

They should wear long-sleeved clothing, masks and glasses to fend off catkins, Xu said.

They should wash their eyes with clean water immediately or wipe them with a wet paper towel lightly if a catkin gets in their eyes. Cold compresses with wet towels also helps relieve allergic reactions, he said. 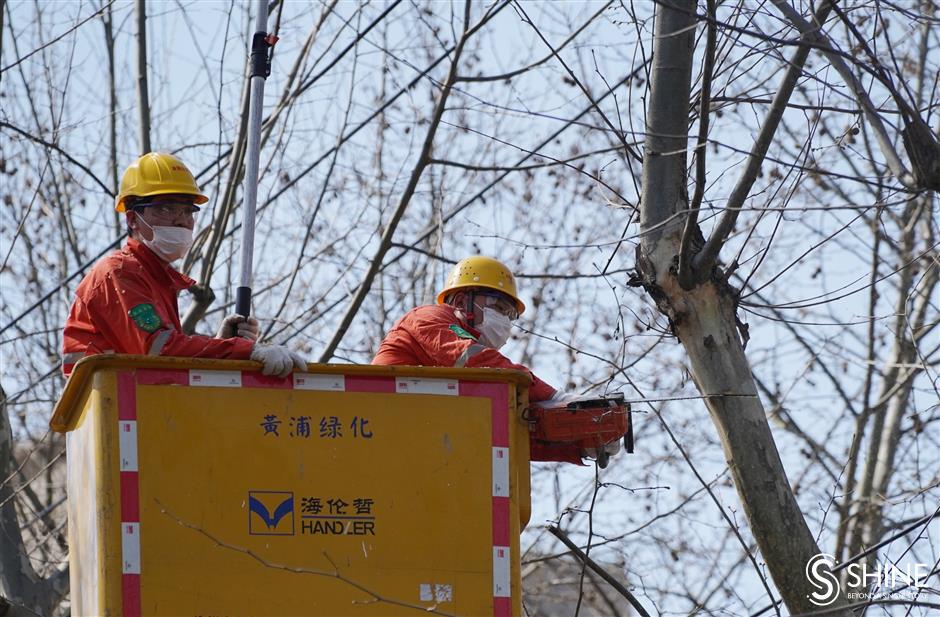