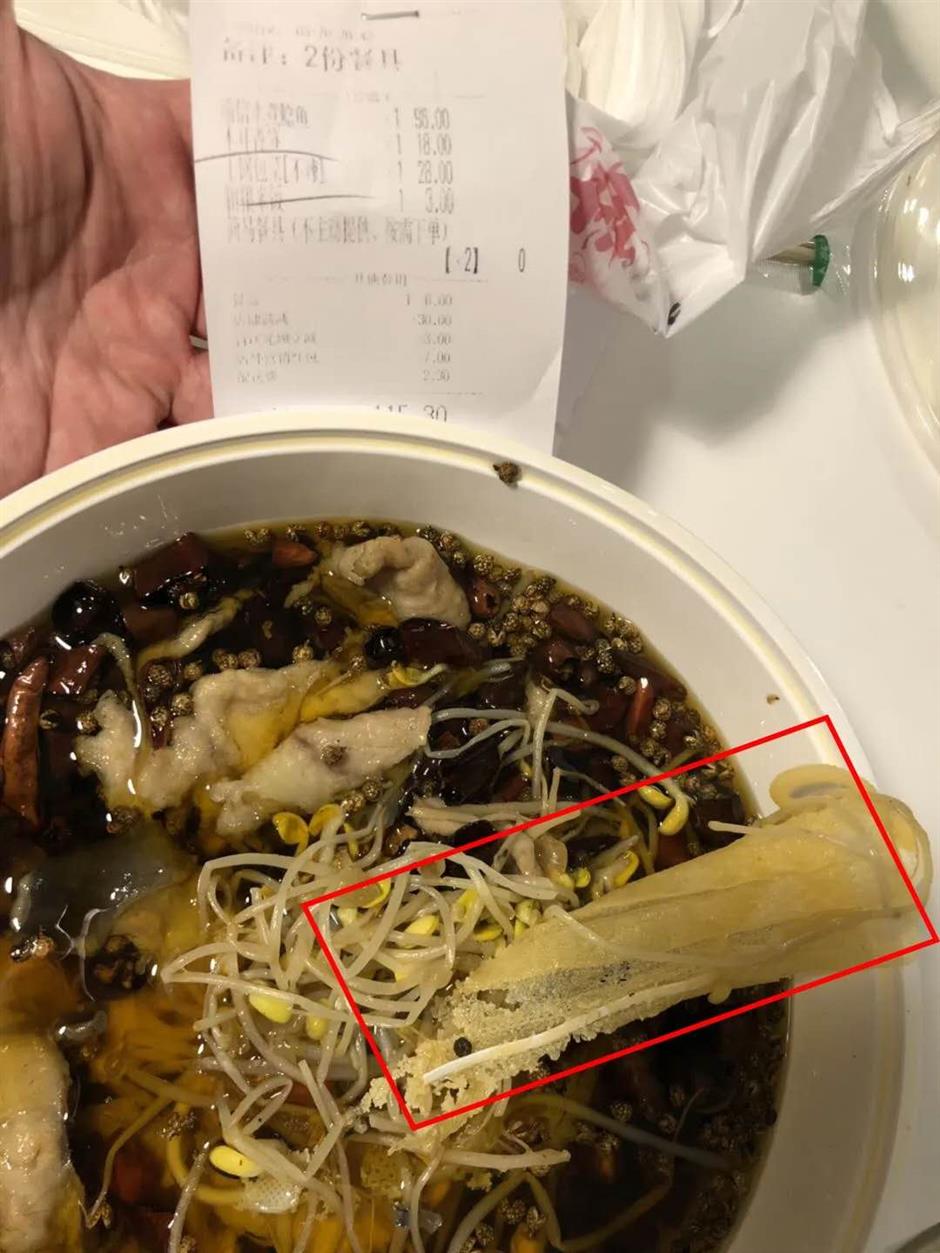 A Sichuan-style chain restaurant outlet in Huangpu District came under investigation after a consumer claimed to have found a disposable face mask in a delivery dish ordered from the eatery, the district market watchdog said on Tuesday.

When Yang and his wife started to eat, they claim to have discovered a disposable face mask in the dish.

In a photo shared by Yang, the mask is apparently seen soaking in soup and heavy oil.

Yang quickly forwarded a complaint to the restaurant and also called the city's consumer protection hotline 12315 on Monday.

The Huangpu District Administration for Market Regulation said on Tuesday that it made an on-site inspection of the eatery after receiving Yang's complaint.

The restaurant is licensed, and its food preparation staff were seen wearing masks during a review of its surveillance footage, it said.

No loose disposable face masks were spotted in the kitchen, and video footage from the night of March 20 showed the worker who prepared Yang's food wearing a mask throughout the order, according to the administration.

The dish did not bear a takeaway seal, said authorities. Such seals are being trialed in the city, and aim to prevent contamination, tampering and service disputes related to takeaway delivery orders; for now they are not mandatory.

Officials could not determine how the mask appeared in the dish based on surveillance video, the administration said.

The watchdog said it would continue investigating the matter. To prevent potential hazards, it has also ordered the restaurant operator to conduct its own self-check.