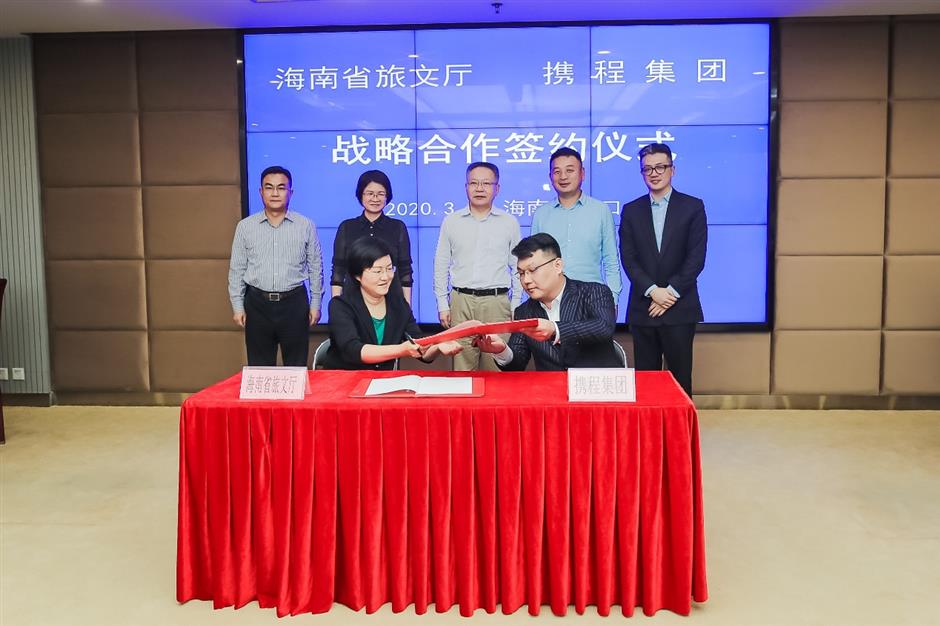 Hainan Province’s culture and tourism authorities have signed a cooperation agreement with Shanghai-based Trip.com as the island province steps up efforts to reinvigorate its tourism industry.

Hainan’s culture, tourism, radio, television and sports department and the online tourism operator will work together to promote the province to the world, develop the island's nighttime and tourism economy, and lift its intelligent tourism services, Trip.com said on Monday.

Group tours to the island have been given the green light, and most of its attractions, including the Tianya Haijiao (End of the Earth and Corner of the Sea scenic area) and Yalong Bay in Sanya, have reopened.

Trip.com said it had bookings to Sanya from about 8 million tourists last year.

Liang Jianzhang, Trip.com's chairman, hosted a live broadcast on Monday, selling Hainan hotel packages to assist its tourism to recover. Holidays costing about 10 million yuan (US$1.41 million) were sold in just an hour.

Hainan had 4 million visitors during the weeklong National Day holiday last year, a 5.8 percent rise compared with the same period the previous year.

Four offshore duty-free stores in Hainan had more than 220,000 customers during the holiday, taking 385 million yuan in sales, rises of 38.9 percent and 57.4 percent year on year, respectively.