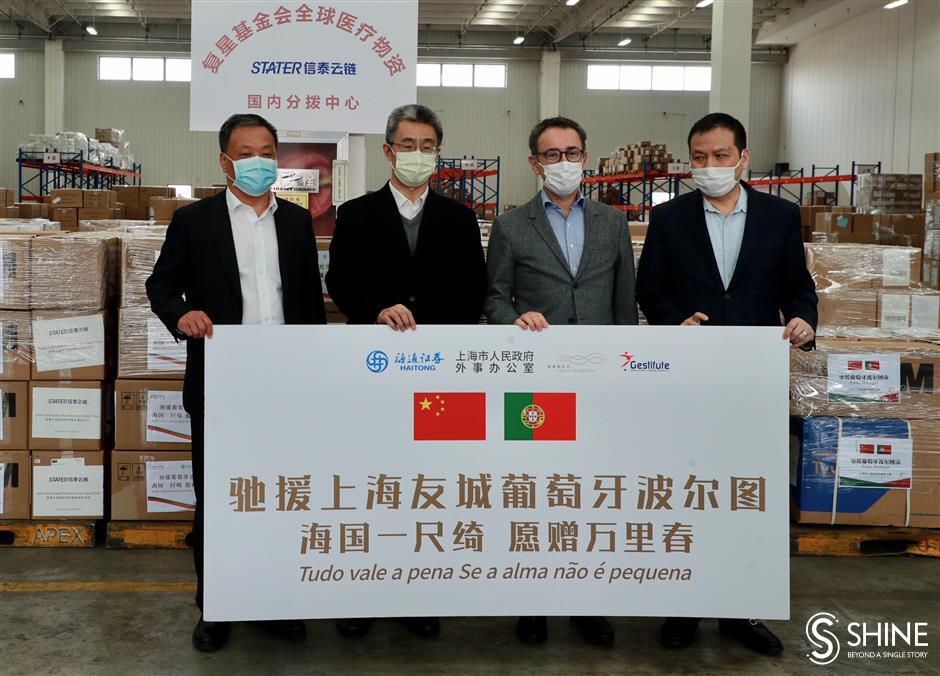 Shanghai government's foreign affairs office and local enterprises have donated 461 kilograms of medical supplies to the Portuguese port of Porto, a sister city of Shanghai now in the grip of a coronavirus outbreak.

The supplies include masks, goggles, protective clothing and nucleic acid test kits, and are expected to arrive in Porto early next week. They were raised by the foreign affairs office, a foundation of Shanghai-based conglomerate Fosun and Haitong Securities, along with Portuguese football agency Gestifute.

By Wednesday, Portugal had more than 2,600 patients confirmed as infected while Porto was the city worst hit.

Media reports suggested that the country’s health service had a stock of 9,000 tests for the virus, while the private sector had around 17,000. In light of these numbers, Shanghai donors added testing kits to their donation list.

A donation ceremony was held on Wednesday morning at a warehouse of Shanghai Pudong International Airport. On the boxes were verses from Chinese and Portuguese poems to cheer the epidemic-hit city.

"As you know, infection cases have been increasing lately. We were happy yesterday to witness that the curve was not growing exponentially. It's been controlled because some containment measures had been introduced by my government some days ago," he said. "People are staying home, schools have been closed, and the economy has been slowed down."

He said Portuguese people are confident they will be able to fight the virus and overcome this challenge, and life would return to normal, as now seen in China.

Li Haifeng, senior vice president of Fosun Group and director-general of the Fosun Foundation, said Portugal is one of China's best partners in the European Union. "I think it's very meaningful for us to support Portugal in its battle with the coronavirus."

Porto became one of Shanghai's sister cities in 1995. The two cities have deep links in various fields such as culture, art, education and tourism. 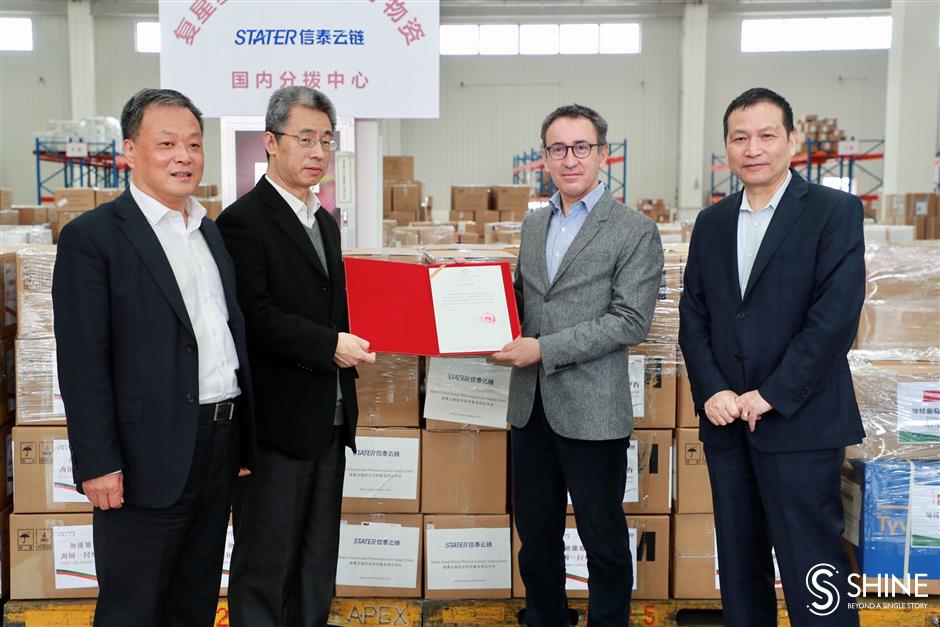 A ceremony for the donation of 461 kilograms of medical supplies to Porto is held at a warehouse of Pudong International Airport on Wednesday.

Meanwhile, on Wednesday morning, there was another donation of 2,700 kilograms of medical supplies from the Chinese-Polish Joint Stock Shipping Company to Pomorskie in Poland. Pomorskie, where the company's Polish branch is located, became a sister province of Shanghai in 1985.

During a phone conversation between Chinese President Xi Jinping and Polish President Andrzej Duda on Tuesday, Xi cited a proverb that both two countries have. The Polish version is “Prawdziwych przyjaciół poznaje się w biedzie” — which means a friend in need is a friend indeed. It is printed in Polish and Chinese on the package of the supplies with words from a poem by Polish poet Ignacy Krasicki — “Umiej być przyjacielem, znajdziesz przyjaciela” — meaning friendship will last long if both are sincere to each other.

Marek Ciesielczuk, consul general of Poland in Shanghai, said that during the first days of February, the Polish delivered surgical masks to their Chinese friends who were fighting the disease. Now the Europe is also fighting the virus, "we're very grateful for this donation," he said, adding that two countries could rely on each other during difficult times.

Zhu Dezhang, managing director of the company's Chinese side, said it was worried about the shortage of medical supplies in Poland. "As we are devoted to promoting cooperation between the two countries, it's a duty for Chinese-Polish Joint Stock Shipping Company to offer help to the Polish people."

The first case of novel coronavirus disease was confirmed in Poland on March 4. On March 20, the Polish government declared a state of emergency. 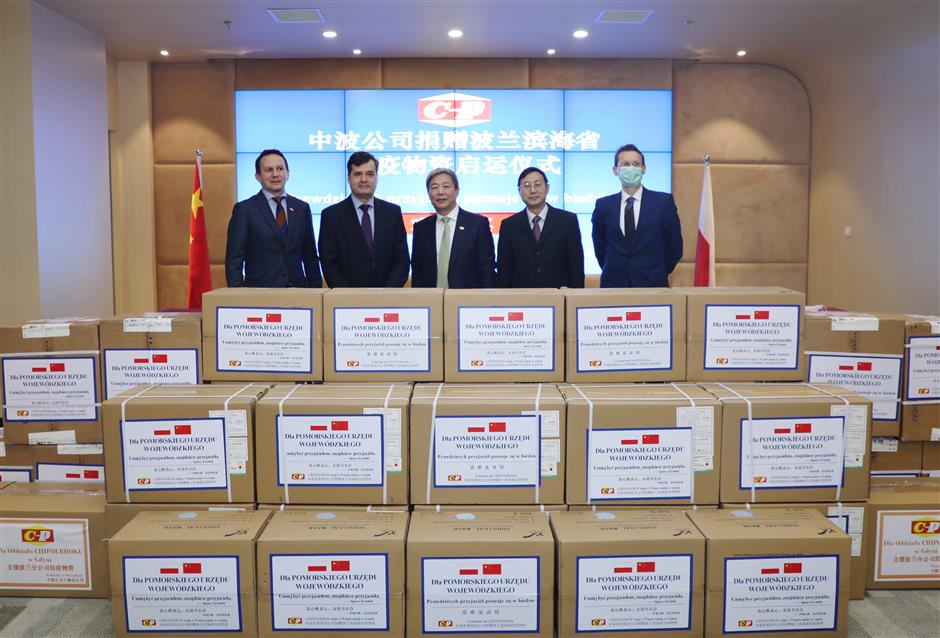 Marek Ciesielczuk (second from left), consul general of Poland in Shanghai, poses for a photograph with executives of the Chinese-Polish Joint Stock Shipping Company's Chinese and Polish sides and an official from the Shanghai Foreign Affairs Office.