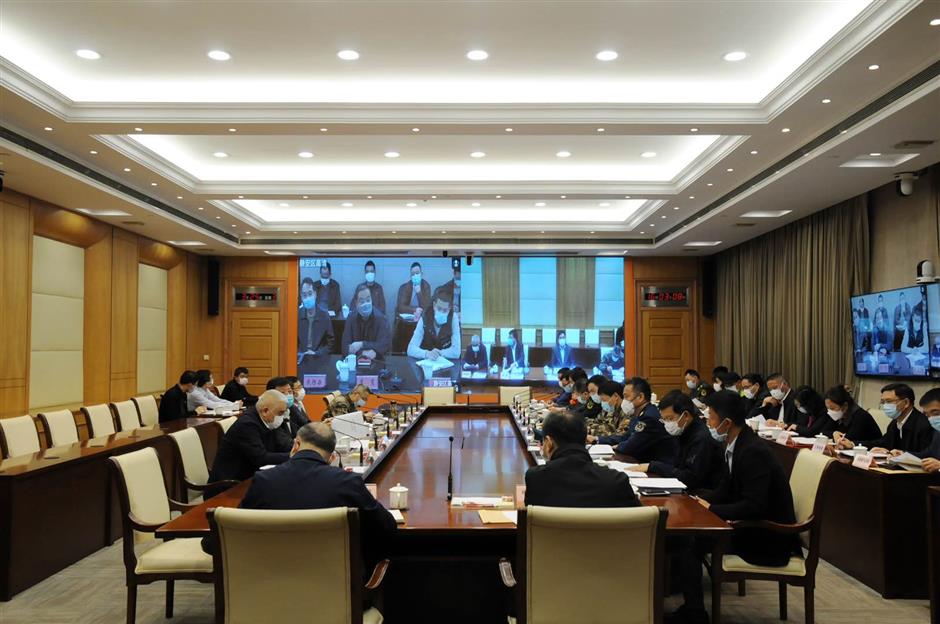 An online video conference on air defense strategy was held on Wednesday.

Shanghai will upgrade its air defense system this year to better protect residents in case of emergency and to improve urban management, authorities said during a video conference on Wednesday.

Under the terms of the latest Five-Year Plan, the city will map out its modern air defense network to gradually cover all districts and subdistricts through infrastructure and data technology, said Zhong Jie, head of Shanghai Civil Defense Office.

A total of 108 emergency shelters throughout the city, as well as one large-scale evacuation base, will be constructed, along with renovation projects to extend civil defense capacity.

With the help of the office, over 80,000 square meters of subsurface space in Huangpu District have been evaluated and revamped over the past three years.

Meanwhile, more educational courses will be offered in universities, and theme parks centered on civil defense are being built in Fengxian, Yangpu and Putuo districts.

Public drills will be performed under the direction of professional rescue teams, while community volunteers will help raise further awareness.

Over the past year, more than 1.7 million people across the city have participated in air-raid drills, including drills on May 28 and September 21, which is the National Defense Education Day.

The Shanghai Civil Defense Museum also received over 500,000 visitors in 2019.

“The importance of the air defense system — that it helps protect our society and people — is highly valued by the government. We should devote joint efforts to improving our urban planning system and nourish healthy ground for development,” said Tang Zhiping, vice mayor of Shanghai.