Residents enjoy a tour of their own city 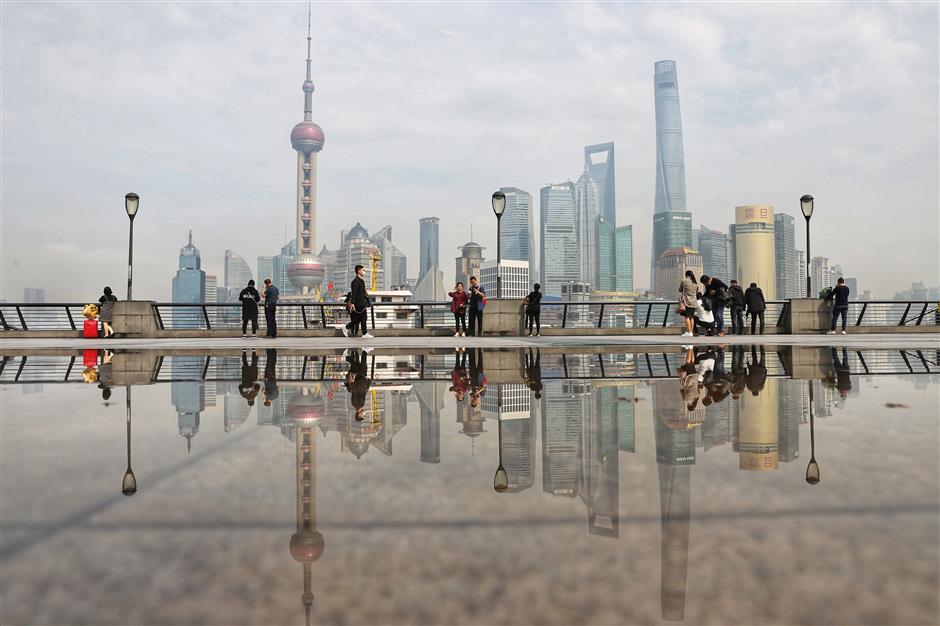 The Bund on Thursday as tour group members stop to admire the view. 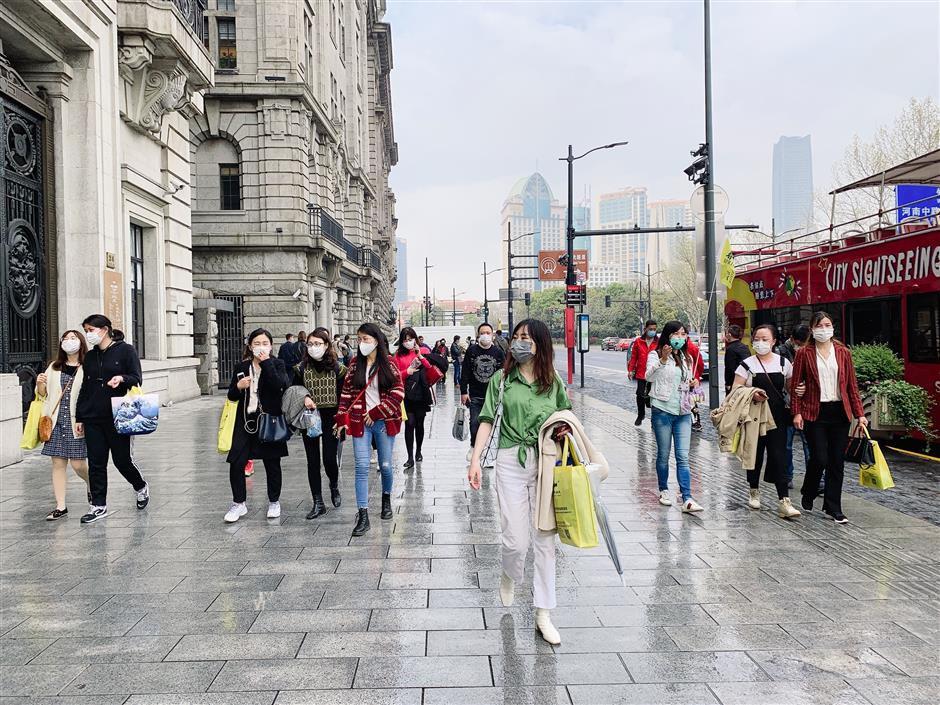 Members of tour groups organized by Shanghai Spring Tour take a stroll on the Bund on Thursday.

More than 390 Shanghainese took hop-on and hop-off bus on Thursday to visit the city’s iconic attractions despite the rain.

These places were filled with out-of-town tourists and foreign travelers before the coronavirus pandemic. The majority of group members are now locals.

The tour groups were organized by Shanghai Spring Tour to let local residents experience the splendor of their city with the arrival of spring. 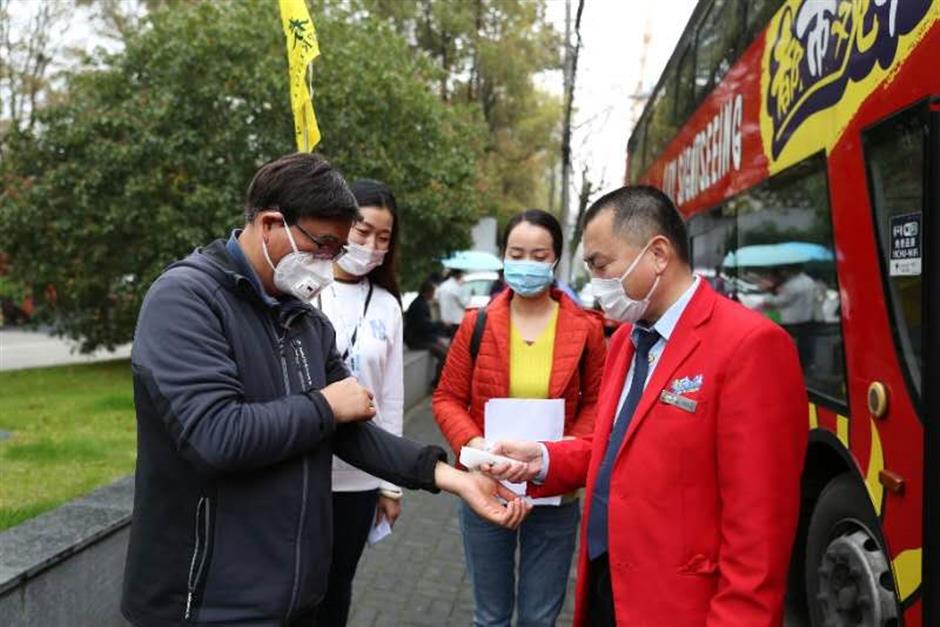 A tour group member has his temperature checked.

Many of the group members followed tour guides listening to the stories behind Shanghai's history, landscape and architecture.

"On the Bund, we can appreciate both the modern skyscrapers in the Pudong New Area and the Western-style architecture in Puxi, which pose a beautiful picturesque landscape," he said.

"I like capturing the city's changes via the lens, and it is a special spring and special tour," he said. "Sitting on the upper deck of the sightseeing bus provides a different angle to view the Bund and the Huangpu River, and the tranquil landscape with people wearing masks is a memorable scene."

Wang Hua says he is addicted to travel and has been to many countries. But he said he had never got so close to his city.

"It seems as if over a decade had passed since the last time I took a stroll at City God Temple and the Bund," he said.

"These tourist attractions are so close to me, but I never paid attention to them," he said.

"The tour is very interesting which lets me learn about the history, culture and stories of my hometown, and I will take my grandson on the tour again."

"I have seen the red double-decker bus on TV many times, but I have never given it a try," said another group member surnamed Zhang. 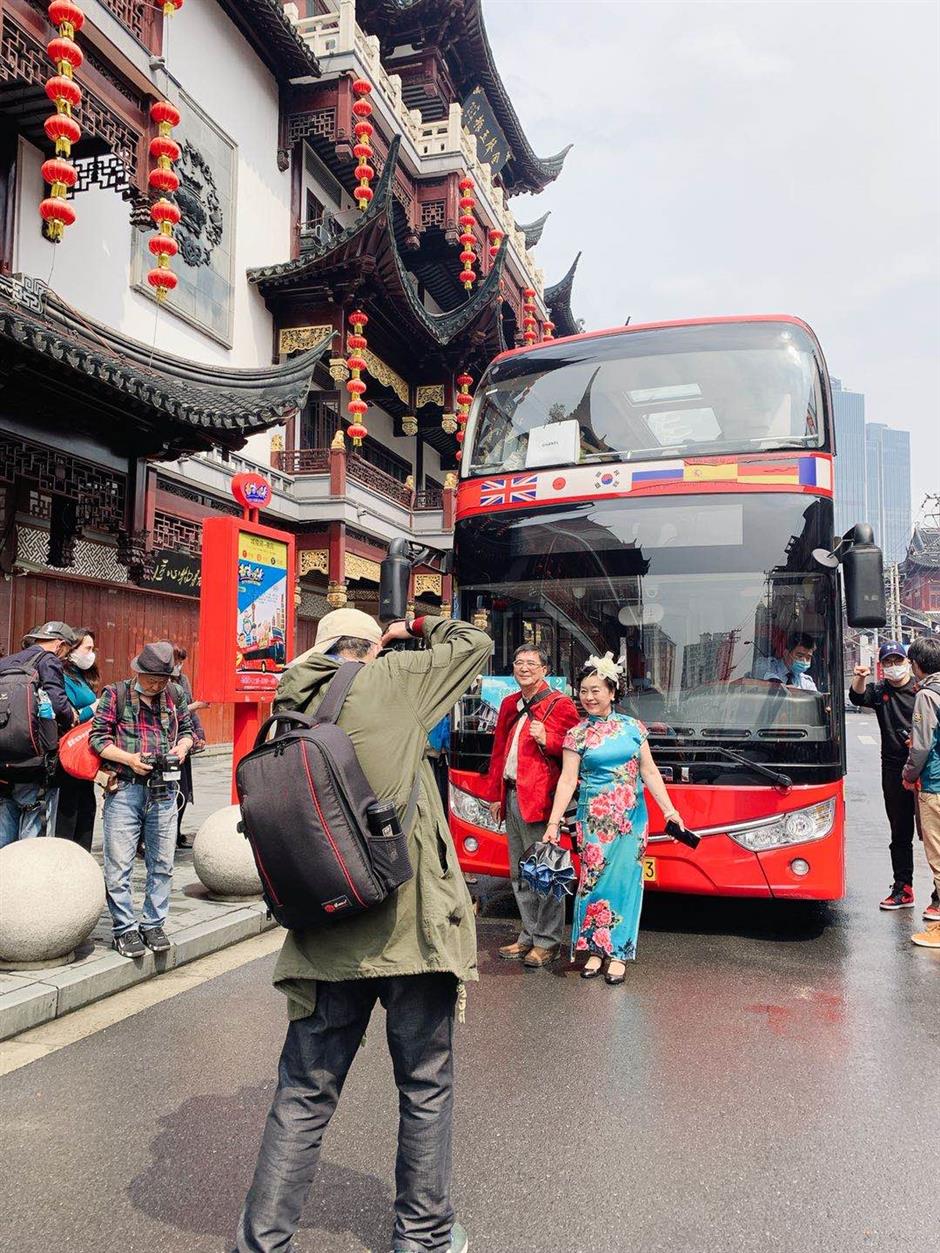 Group tour members pose for a photograph during the tour.

Jiangnan-style gardening, Nanxiang steamed buns which always attract long queues and the glittering lantern festival of Yuyuan Garden are some deeply rooted impressions of the Yuyuan Garden Mall to locals, while they experienced a slice of changes such as the Wenchang Street featuring a variety of cultural and innovative products in the area during the tour.

Coupons were offered by businesses at the malls.

Tour group members are required to have their temperature checked and present health QR code before the tour.

There were intervals between each tour bus to avoid too many people gathering. 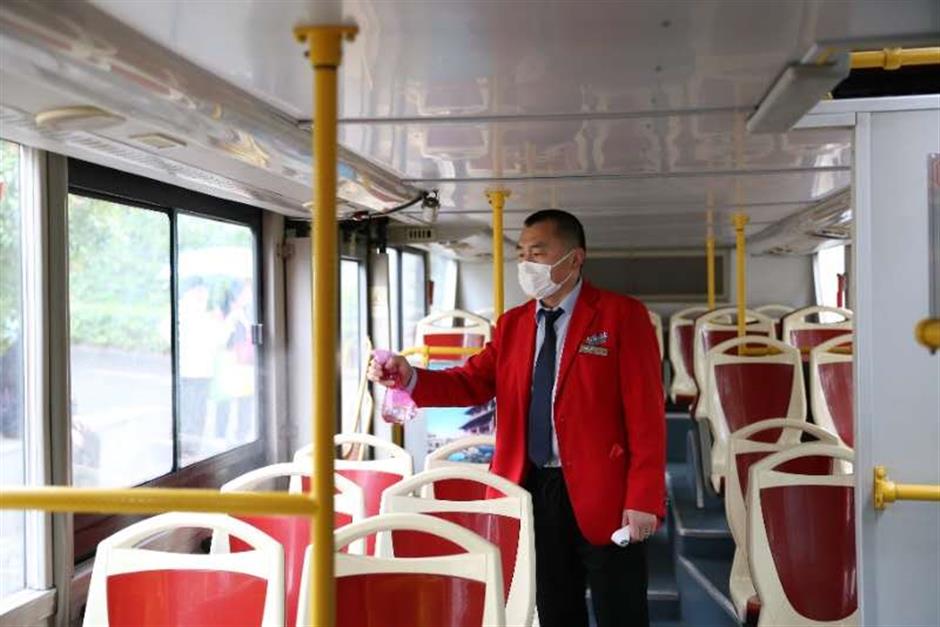